Mark Whitfield of Carolina Crown submitted this photo and caption. 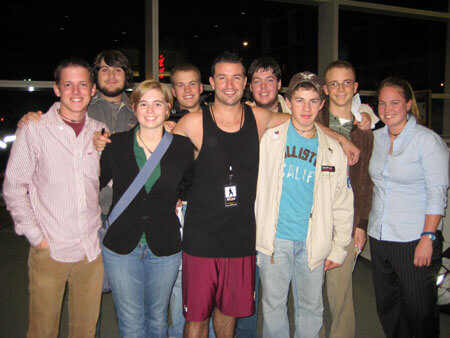 Last night I had the opportunity to see the stage production "Blast!" in Columbia. I ran into this group of my fellow corps members who all came to the show.

Seth Murphy is an "age-out" member and staff member of Crown and is now performing as part of "Blast." He came out to see the Crown contingent of fans that were all waiting to see him after the show.