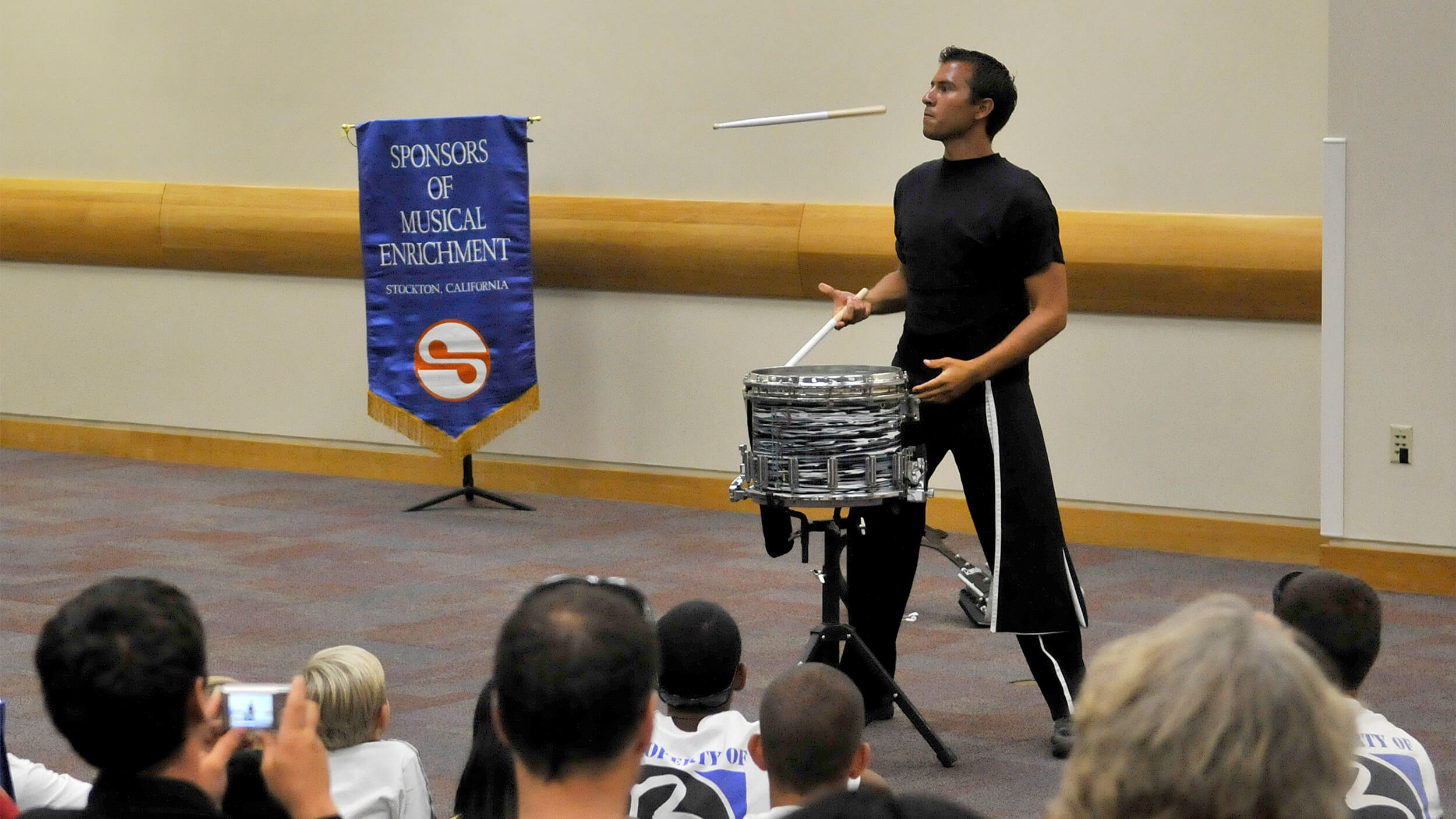 Thousands of drum corps fans marched their way to the Indiana Convention Center (Indianapolis) on Wednesday, Aug. 6 to see some of the most talented drum corps members perform up close and personal during the 2008 World Championship Individual & Ensemble Competition (I&E).

From the Santa Clara Vanguard Bass Drum Ensemble who kicked off the event at 11:16 a.m., to a color guard performer from the Citations who finished at 4:55 p.m., this year's I&E competition had plenty of unforgettable moments. Fans were treated to snare drummers flipping and tossing sticks, bass drummers running around their drums, dancers performing intricate moves, a tenor drum line playing a mandolin and djembes, brass musicians playing beautiful melodies, a timpanist whose feet moved faster than his hands, and much more.

While most corps members used today's competition to test their musical and visual chops, many took the opportunity to show off as entertainers as well.

"I love I&E because you're not confined to the rules of drum corps on the field," said Ronnie Valles, the section leader of Santa Clara Vanguard's Mixed Ensemble. "Here, everything is way more relaxed and you're free to do almost anything musically. It's really cool to be able to connect with the audience and have fun with them."

Percussion Judge, Allan Kristensen says he also enjoys the distinctive energy that these ensembles bring to the competition. "I love it. I've been judging I&E for many years, and the groups get better every year."

There were more than 200 performers at today's competition, but only a select few of those individuals and ensemble members will take home a gold medal during the I&E awards presentation Friday night after the World Championship World Class Semifinals.

With assistance from Christina Mavroudis Dempsey. Video by Amy Wiggs.