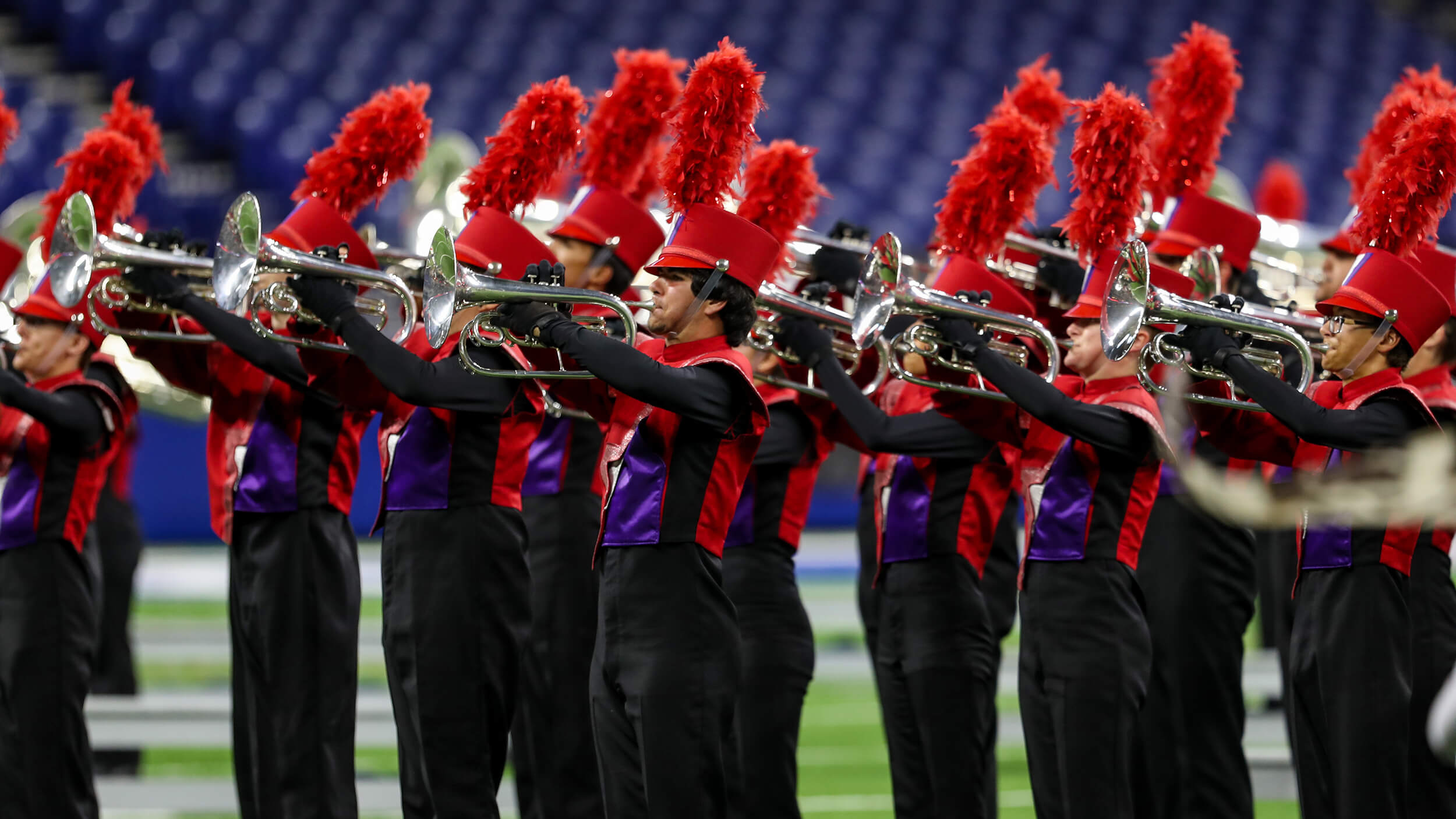 Denver's Blue Knights headed to the Dallas/Ft. Worth area for one of the corps' most recent audition camps and educational clinics.

A year-end donation to the Bluecoats comes with a special commemorative holiday gift.

YEA, the parent organization of The Cadets, this week announced “broad changes to its operating structure to stabilize the organization and position it for future growth.”

The Cavaliers recap the action from the corps' recent Texas audition camp in this video.

Golden Empire announced its 2019 auditions for December 7-9 in Bakersfield, California.

Jersey Surf posted its roster of 2019 eductional staff members. “The Jersey Surf has always been fortunate to attract passionate educators who share in the organization’s mission to help create not only outstanding young performers, but excellent leaders as well,” program coordinator Tom Kershaw said.

A Cyber Monday discount on Madison Scouts merchandise continues, but only through Friday, November 30.

The Mandarins organization is in the process of purchasing a building that will serve as the corps’ first-ever permanent multi-purpose event venue and rehearsal center. Tax-deductible donations are being sought toward the purchase, with a goal of raising $100,000 before the end of the year.

Raiders will hold an audition camp December 14-16 in the Philadelphia area for all sections including drum major.

River City Rhythm added an audition camp to the schedule in Farmington, Minnesota the weekend of January 18-20.

Santa Clara Vanguard posted a series of photos from its recent audition camp in southern California.

Spirit of Atlanta has a variety of used Adams horns for sale at a significantly reduced price.