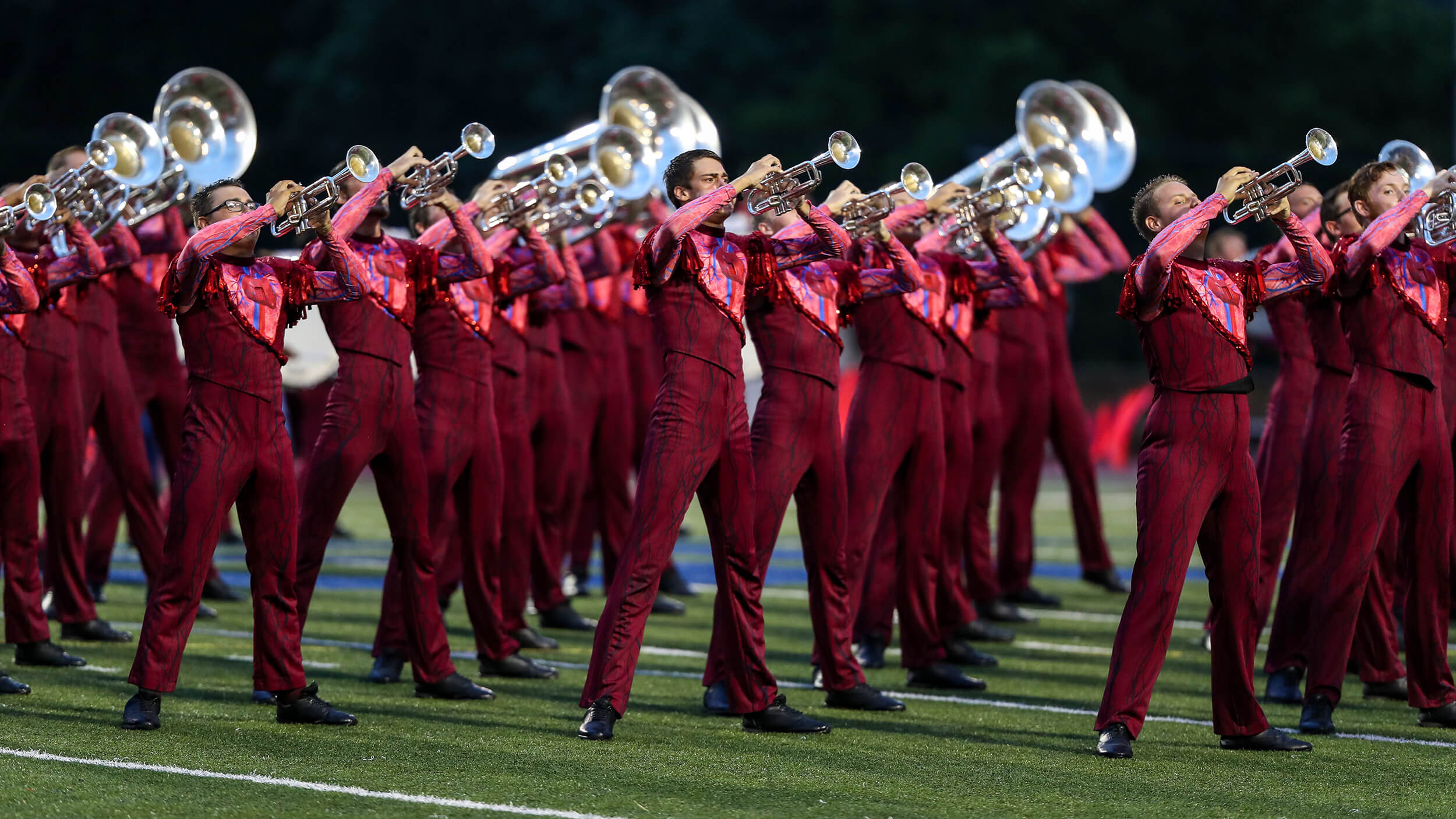 Openings in all sections will be available at 7th Regiment’s January 18-20 camp in West Haven, CT.

Donations to The Academy’s Birdies for Charity campaign will be matched by 115%. Anyone can join in by pledging an amount per birdie at the upcoming 2019 Waste Management Phoenix Open golf tournament.

The Battalion’s next audition camp will be held January 18-19 in Castle Rock, Colorado.

March 23 is the date for the Blue Devils' popular Crab Feed Fundraiser, with all-you-can-eat crab and other goodies, music and dancing, and a silent auction and raffle that benefits Blue Devils B and Blue Devils C.

Positions are available in all sections of Blue Devils C, a Bay Area ensemble for youth ages 8-14.

Ever wonder how Bluecoats came to be? Check out this installment of “Monday Memory,” a new series focused on the corps’ history.

Boston Crusaders’ January rehearsal camp was held in Florida the first weekend of January, culminating with a performance of the corps' 2019 show music.

DCI Hall of Fame member Denise Bonfiglio, who’s instructed multiple corps since 1976, is The Cadets’ new staff coordinator. “To get such an outstanding person on our team is a huge part of us moving forward into the future,” corps director Scott Litzenberg said.

The Cavaliers are conducting a search for the next executive director of the organization. Applications are due by January 23.

Columbians has open brass and color guard positions still available for 2019. Auditions will be held January 25-27.

Impulse is hosting its first BrewPulse, a January 26 brewery takeover in Anaheim for those ages 21 and older. Food, prizes, and a custom engraved glass will be among the offerings to those who sign up for this fundraiser.

Incognito is still looking for front ensemble percussionists to join the 2019 corps.

Legends’ next audition camp is January 18-20. Positions are still available for cymbals and front ensemble percussion, as well as all brass sections. Final color guard auditions will be held at the April 26-28 camp.

The first brass and percussion camp for the 2019 Louisiana Stars will be held January 20-21 in Lafayette, Louisiana.

David Lofy is Madison Scouts’ new corps director. Lofy played baritone and also served as drum major during the corps' 2012-2014 seasons. Programs director Dann Petersen said, “[David] clearly understands the expectations of our students in terms of education, experience and well-being; there is no one better to serve their immediate and future needs.”

New and returning members of Music City who reside in middle Tennessee are invited to apply for the Finis Sparkman Memorial Scholarship. Public contributions to the scholarship fund are also encouraged.

Oregon Crusaders announced over the weekend that the organization will not field a drum corps in 2019.

Relive Pacific Crest’s recent performance in Pasadena with this collection of photos from the 2019 Tournament of Roses Parade.

Here is the design team that will lead River City Rhythm into its fifth anniversary season.

Santa Clara Vanguard is inviting all alumni, family, and friends to volunteer for registration and food service at the corps’ upcoming winter rehearsal camps in Gilroy, Texas January 18-20 and Dallas February 22-24.

Watchmen’s next audition event will be held January 19-20 in Bloomington, California.