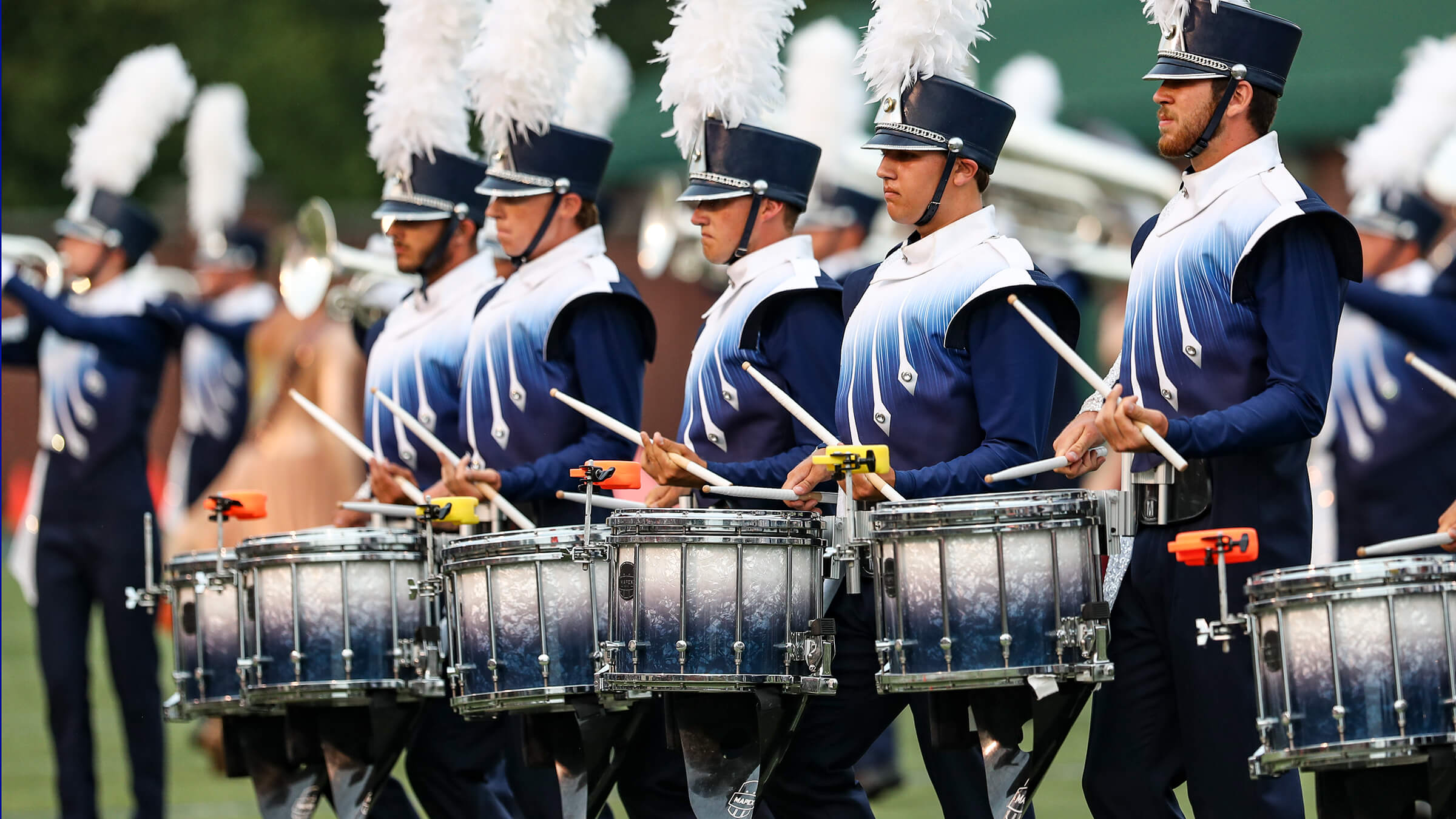 7th Regiment announced a new partnership with Band Shoppe for the corps' 2019 season.

The Battalion is looking for some assistance January 18-19 at the corps’ audition camp in Castle Rock, Colorado, even if it’s for a short time.

Blue Knights has named Abel Cabrera as the corps' tour director for 2019. Operations director Ethan Goddard joins him on the administration team.

The Blue Stars camp in Indianapolis is still scheduled for this weekend, January 18-20, as the predicted winter storm is forecast to occur after attendees arrive and before they leave. If necessary, people will be able to stay Sunday night at the camp site.

The Bluecoats community is mourning the loss of Sheila Bear-Wallace, a corps alum and longtime volunteer who was tragically killed this week while walking her dog in a Cleveland neighborhood park.

Boston Crusaders is seeking a tour operations intern for the corps' 2019 season.

Video auditions for The Cadets’ color guard will remain open until April 15.

All Cavaliers apparel is on sale for only $7 while supplies last.

Program director and percussion supervisor Alex Albertson will be leading the 2019 Colt Cadets design team, which is comprised of two other returning members and four new to the team.

Numerous spots are open to prospective members insterested in joining the Columbians for the corps' 2019 season.

The final audition camp of the Genesis pre-season starts January 18.

Gold’s brass experience camps are coming up January 26-27 in Covina, Califronia and February 16-17 in El Cajon.

Heat Wave is seeking applicants for the position of food truck manager.

Impulse will host its first full rehearsal of the year January 19-20 in Westminster, California.

Incognito is hosting a free brass experience camp on February 9 in Brea, California.

Legends executive director/CEO Ibe Sodawalla is presenting a free webinar January 20 at 9 p.m. ET on the subject of “Implementing a Program of Health and Fitness.”

Louisiana Stars is looking for volunteers to help with the corps’ brass and percussion camp January 20-21.

Mandarins is accepting hall of fame nominations until March 2.

Brass and percussion prospects are invited to audition at Music City’s January 18-20 camp in Franklin, Tennessee.

Band directors are invited to stop by the Pacific Crest table at the Southern California School Band & Orchestra Association winter conference to learn how the corps is supporting music education in southern California.

Seattle Cascades will be holding an audition camp for musicians and color guard January 18-21 at Chinook Middle School in SeaTac, Washington. Those unable to attend are invited to submit an audition video.

Shadow’s first rehearsal camp is January 18-20. There are openings in all sections for prospective members. Video auditions are also being accepted.

Due to a major snowstorm descending on New England this weekend, Spartans’ January 18-20 camp has been cancelled. In addition, the corps has waived video audition fees for brass and color guard.

Vessel will be holding a brass rehearsal camp on January 27 in Murrieta, California.

There will be a meet and greet for parents of prospective members at Watchmen’s audition camp in Bloomington, California January 19-20.