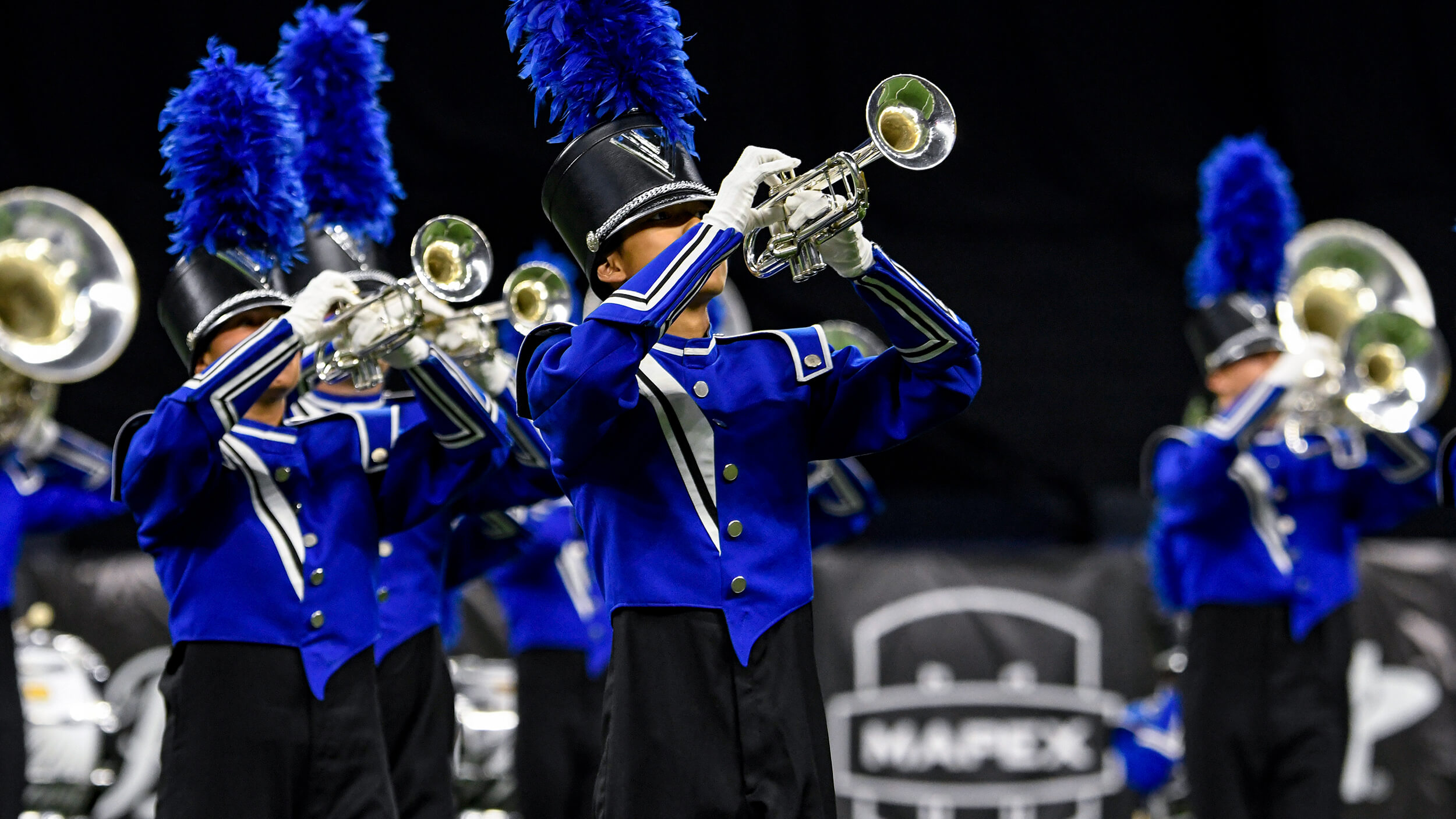 7th Regiment revealed the title of its 2019 competitive production, “Poetic,” which includes music ranging from Beethoven to Imogen Heap.

The Battalion has some open positions in its high brass section. Those interested are invited to attend the corps’ rehearsal weekend March 15-16 in Spanish Fork, Utah.

After a patch of severe weather hit Denver this week, Blue Knights’ rehearsal camp will be on for March 15-17 after conditions improved.

Nominations are due April 1 for the Blue Stars Hall of Fame, Class of 2019.

Spin the wheel to win free shipping or up to 50 percent off Boston Crusaders merchandise through St. Patrick’s Day on March 17.

Eighteen seasons of Cadets flags, uniforms, and gear is now available for sale at GuardCloset.com. Even if you aren’t in the market for such items, you may enjoy perusing almost two decades of distinctive Cadets looks.

A Colt Cadets rehearsal camp is being held March 15-17 at Jefferson Middle School in Dubuque, Iowa. Those interested in membership are invited to attend, as the corps has openings in all sections.

You can help Crossmen by donating to The Big Give SA, a March 28 event that assists local San Antonio nonprofits.

Gold is holding a brass experience audition camp March 16-17 in Murrieta, California. A limited number of positions are open for percussionists, and those wishing to audition for the brass line or color guard are invited to submit a video.

Impulse has spots available in its high brass section. The corps’ next rehearsal is March 31 in Orange, California.

Video auditions are being accepted for a few tuba positions available in Legends’ 2019 corps.

In a new video, Madison Scouts corps director David Lofy talks about the emphasis the corps places on member experience, development, and performance.

Music City will host a color guard audition camp and educational clinic March 15-17 in Franklin, Tennessee. Also being held at that time is a brass rehearsal camp.

Phantom Regiment asks all to share its post about Aubrey Davis Puckett, a former corps member who has been missing for over a week. She was last seen in the Vancouver, Washington area.

Brass players and percussionists are invited to sign up for Raiders’ Drum Corps in Maryland educational event on Sunday, March 24, to be held in Elkton, Maryland.

River City Rhythm’s brass audition camp is coming up March 30-31 in Farmington, Minnesota. It’s not too late to sign up to march the corps’ fifth season.

There are 65 different items including ticket passes and vacation packages up for bid in Santa Clara Vanguard’s online silent auction.

Shadow is selling all 85 of its glittering rhinestone uniform tops, worn only last season.

Spartans will be showing off the corps’ fully remodeled, smoke-free bingo hall on April 2.

Registration is now open for Spirit U, Spirit of Atlanta’s educational camp series for students, band directors, parents, boosters, and anyone else who participates in marching band or drum corps programs. The event will be held June 20-22 at the University of West Georgia in Carrollton, Georgia.

Joining a proud tradition during the group's February rehearsal camp, members of the 2019 Troopers had the opportunity to join together to sing the corps' theme song for the very first time.

Watchmen has spots vailable in all sections for prospective members of the 2019 corps. The group's next rehearsals will be held April 20 and April 28 in Bloomington, California.