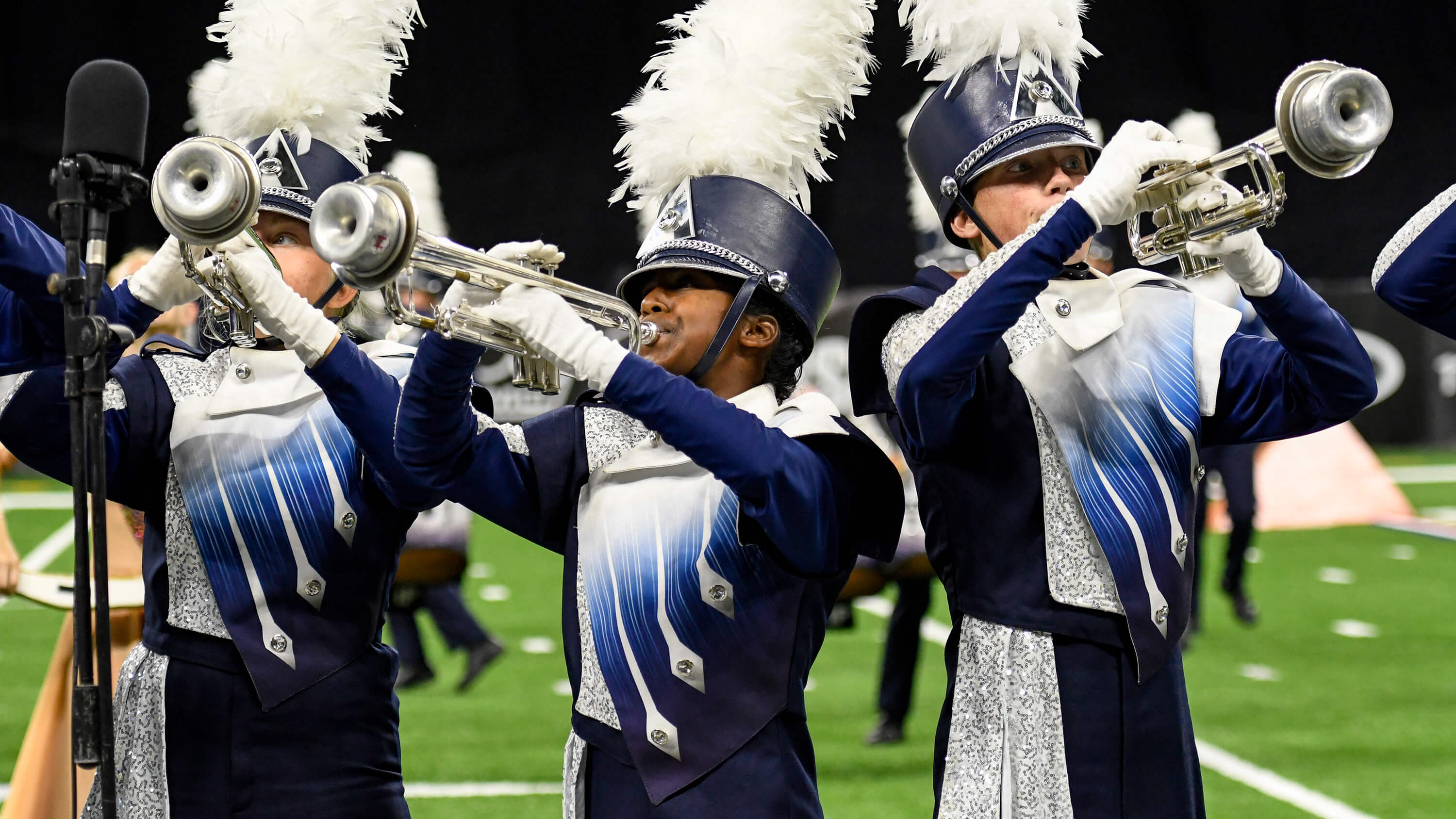 7th Regiment will be holding a weekend audition/rehearsal camp May 10-12 in West Haven, Connecticut.

Van drivers are needed for various time periods during The Academy’s summer tour. No special license is needed.

Blue Devils’ BDEntertainment provided 50 drummers for a performance with Taylor Swift at the 2019 Billboard Music Awards.

A few more volunteers are still needed to help sell sausage during Blue Stars’ La Crosse, Wisconsin Weinerfest on May 11. Most openings are available for the second of two five-hour shifts.

Bands looking to outfit their color guard with classy and distinctive costumes may now purchase Bluecoats’ 2012 “Masquerade” guard costumes for the giveaway price of $15 each.

Read all about Boston Crusaders’ final rehearsal camp weekend prior to the 2019 season. The Florida event brought together all sections of the corps, ending with a performance for the local community.

Take a look inside The Cadets’ first rehearsal camp weekend since November that brought together all sections of the 2019 corps.

Carolina Crown shows what corps members were up to during their recent April rehearsal camp in this collection of photos from the event.

Might this be a hint of the theme of The Cavaliers’ 2019 show? See who showed up last weekend to conduct a clinic for the corps’ bass line and front ensemble.

The Colts were in action this past weekend in Dubuque, Iowa for the corps' April rehearsal camp.

Crossmen has partnered with Ultimate Drill Book to deliver the latest drill dot books to the phones of the corps’ members.

Video auditions for all sections of Gold’s brass line and color guard may be submitted for those who can’t attend the full corps rehearsals May 4-5 and May 11.

Heat Wave announced the members of its 2019 design team.

Incognito will be holding an audition and rehearsal camp on Sunday, May 5 at Brea Olinda High School.

Jersey Surf announced a strategic creative collaboration with Appel Farms Arts & Music Campus. Read about the color guard camp intensive for middle and high school students that will be the first collaboration between the two entities.

Madison Scouts were hard at work this past weekend during the corps' April rehearsal camp.

Mandarins sound quite impressive in this 11-minute video from the corps recent April rehearsal camp.

Music City offers a hint of what we might expect from its recently announced “Of Mice and Men” production.

Check out this photo gallery of Phantom Regiment’s last rehearsal camp of the 2019 offseason.

Raiders is currently waiving audition fees for prospective members. Video auditions are possible for those who can’t make the May 4-6 audition and rehearsal camp in Philadelphia.

Check out the repertoire selections for “Breaking the News,” River City Rhythm’s 2019 summer production that traces the history of American history through journalism.

Video auditions are free for Seattle Cascades’ four trumpet, three mellophone, and four tuba positions that are currently open for the 2019 season.

Southwind has open positions for all brass sections, drum set, and color guard.

On May 31, Troopers will offer a free educational experience at Nampa, Idaho’s Northwest Nazarene University for area band and color guard students and band directors.

Check out Watchmen’s latest recruitment video. The corps still has openings in all sections and will be holding a rehearsal/audition camp May 4-5 in Bloomington, California.