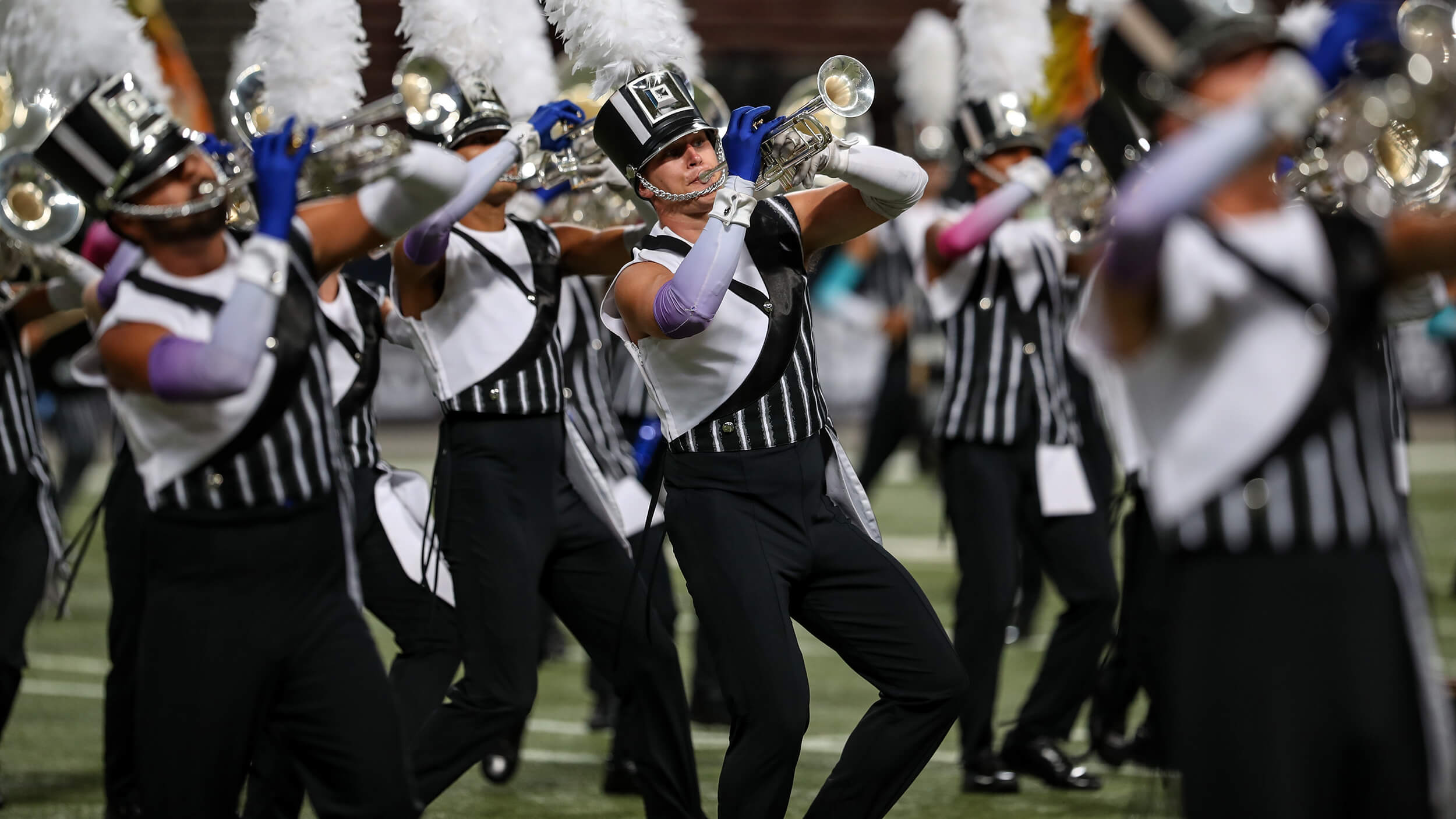 The 108th Army Band Jazz Combo is one of the groups that will be performing at The Academy’s Memorial Day Season Preview Event in Apache Junction, Arizona on Monday.

Get an inside look at what The Battalion was up to during the corps’ May rehearsal camp.

Check out the repertoire and inspiration behind Blue Devils’ 2019 production, “Ghostlight.”

It's #plume-a-palooza with the Blue Stars! The corps has placed more than 200 plumes of different colors on sale.

The Bluecoats will host a special send-off performance at the beautiful Gervasi Vineyard in Canton, Ohio the evening of Monday, June 24.

Boston Crusaders’ 2019 competitive production “Goliath” will be inspired by the Biblical account of David and Goliath. Check out the list of repertoire that will be featured in the show.

The Cadets program facilitator and battery percussion coordinator Tom Aungst provided insights regarding what to expect from the corps’ percussion this summer.

Carolina Crown shared various photos of brass and percussion performers hard at work during the first week of the corps’ spring training.

The Cavaliers and all of drum corps lost corps founder Don Warren this past week. Corps members had the opportunity to play the corps' song "Somewhere over the Rainbow," in his memory at rehearsal.

The Colts announced their 2019 production, “When Hell Freezes Over,” which features quite an eclectic variety of musical selections including a hard-driving opener by AC/DC.

Crossmen recently kicked off their spring training rehearsals. See how the corps' 2019 production “Valkyrie” is coming together in this rehearsal footage.

Genesis announced the title of its 10th-anniversary production, “From the Ground Up,” a show that is themed around the quotation, “Mother Nature cannot progress…for man is in the way.”

Gold, DCI’s reigning Open Class bronze medalist, is in search of supporters to provide meals for the corps this summer.

Guardians has open spots in its percussion, brass and color guard sections with a rehearsal camp coming up May 24-26 at Lee High School in Baytown, Texas.

Original music, plus songs by Nat King Cole, Yes, and Coldplay will be heard in Heat Wave’s production of “Nature Boy,” the story of an abandoned child who spent his first 14 years living in the wild.

Incognito invites anyone looking for a place to march this summer to get in touch.

“Song of the Siren” is the title of Legends’ 2019 competitive production, inspired by the famous story popularized by Greek mythology.

Recent posts from Madison Scouts’ rehearsal site provide a glimpse of what the corps has been up to during week one of its spring training.

There are still spaces open for foursomes, duos, and singles at the Music City Drum Corps Golf Classic on June 7 in Franklin, Tennessee, a beautiful course that has 9 of 18 holes along the scenic Harpeth River.

Phantom Regiment's latest vlog episode provides insight on what it’s like to move an entire corps into a new spring training housing site.

Raiders invite interested prospective members to join the corps for a parade this Sunday, May 26.

Vanguard's corps member leaders got their spring training started a little bit earlier than the full corps with a team-building trip to an escape room.

With positions still available in the corps' brass and color guard sections, Seattle Cascades released a list of all the music it will be performing as part of their “Off the Grid” production this summer.

A playlist with the selections for Shadow's 2019 production, “Sonnets to Orpheus," was recently released.

Southwind's TED Diamond Campaign allows donors to be represented by a diamond-shaped decal on the corps' equipment truck.

Meet Matt Mackay, Spartans’ 2019 drum major, and learn what is his favorite drum corps show of all time.

Spirit of Atlanta is looking for fans to take part in its "Seat Partner" campaign, which will allow donors to connect with specific members of the corps for the summer.

Vessel is having a full corps rehearsal camp Saturday and Sunday, May 24-25, at Murrieta Valley High SChool in Murrieta, California.

Watchmen has a handful of openings for the 2019 season, ahead of the corps’ May 24-27 rehearsal camp in Bloomington, California.