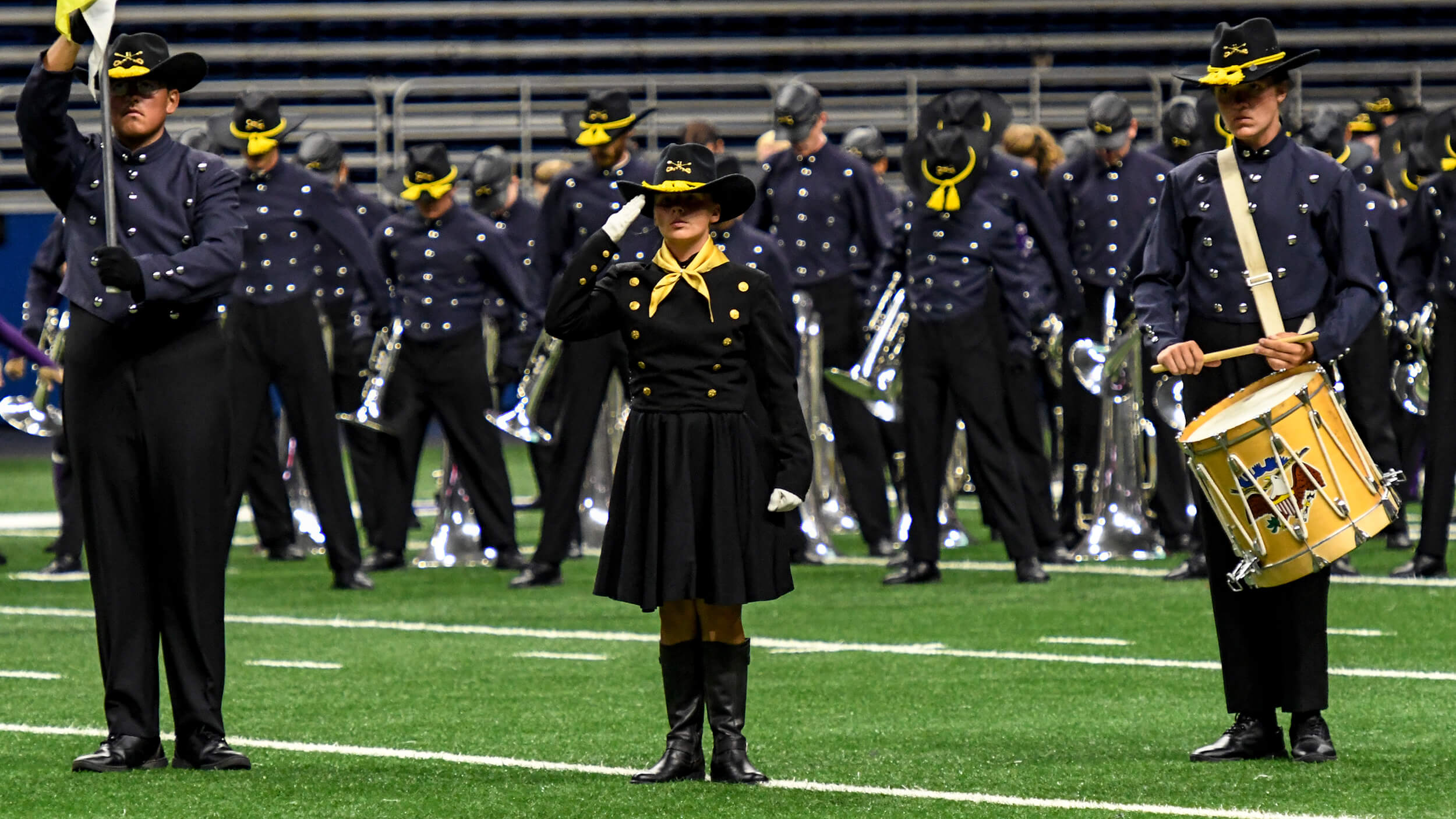 Here’s how you can volunteer for 7th Regiment during the corps’ June 22-July 7 or July 19-August 11 tours.

Donations will be accepted for The Academy’s free send-off show this Saturday, June 8, in Apache Junction, Arizona.

The Battalion has a variety of open brass positions, and a spring training session starting on June 9.

More than 450 members participate in a Blue Devils Performing Arts organization each year. Check out the eight current organizations under the BDPA banner, as well as the various services provided by the parent organization.

It’s still not too late for California residents ages 14-19 to join Blue Devils B. The corps is having a rehearsal camp June 7-9 at Mars, the organization’s field located in Concord, California.

Spots are yet available in every section of Blue Devils C for California residents ages 8-14. No experience is necessary.

Blue Knights will be presenting a public 2019 send-off show on Friday, June 21, in Englewood, Colorado. The corps will be accepting donations at the event and also online.

See how you can volunteer in a variety of capacities for Blue Stars this summer, whether it’s for just a few days or the entire tour.

It’s still possible to register for The Blue Way interactive educational experience June 8-9 at Indiana Wesleyan University in Marion, Indiana. Attendees aged 14-19 who play select marching band instruments or spin color guard equipment will rehearse alongside the 2019 Bluecoats and will even get to perform a portion of the corps’ 2019 production.

Drummers will enjoy playing along with Boston Crusaders’ 2019 snare line with this Vic Firth video that presents the corps’ show music in a “follow the bouncing ball” format. There is even two segments that slow down the music to both 65% and 85% speed.

In a recently-posted video, hear Cadets’ designers Drew Shanefield and Darcie Aungst discuss how the corps’ closer ties together the entire 2019 field production.

If you’ve been patiently waiting to learn the repertoire selections in Carolina Crown’s 2019 show, wait no longer.

If you live anywhere near Los Angeles, you won’t want to miss the June 25 Celebration of Sound at the John Anson Ford Amphitheater, featuring The Cavaliers and the Fernando Pullum Community Arts Center Jazz Band with famed trumpeters Wayne Bergeron, Robert Sullivan, Tom Hooten, and Michael Martin. All those superb featured musicians are rumored to be accompanying The Cavaliers in a rendition of Maynard Ferguson's iconic "MacArthur Park."

If you live within a drive of Colts’ home of Dubuque, Iowa, you have no excuse to have a dirty car after Saturday, June 8. The 240 members of Colts and Colts Cadets will be stationed at 19 different locations for the organization’s annual car wash fundraiser, which in 2018 raised more than $46,000 in donations and pledges to help defray tour costs for the two corps.

Colt Cadets is still looking for volunteers to help out nearly every day of the corps' summer season, even if it’s just for a day or two. Look for the corps in the Darlington (Wisconsin) Canoe Festival Parade on Sunday, June 9.

Columbians will present the corps’ 2019 production for the first time at its annual sendoff show on July 3 at Pasco, Washington’s Highland Park.

Crossmen needs volunteer drivers for seven weeks during the upcoming summer tour and encourages all to pass on the information.

Encorps is seeking CDL and non-CDL drivers this summer, as well as cooking crew, field crew, physical trainers, and more.

For a limited time, Genesis has used brass instruments and TAMA Percussion at up to 70% off.

Gold is having another full corps rehearsal Saturday and Sunday, June 8-9, at Vista Murriata HS in Murriata, California. This is the corps’ final rehearsal weekend before all-day rehearsals begin on June 15.

Heat Wave still has a few horn line slots to fill for the corps’ biggest tour to date.

Incognito has six openings left in its 2019 corps in the brass, percussion and color guard sections. Those interested in learning more are encouraged to attend the corps’ rehearsal camp this weekend, June 8-9, at Brea Olinda HS in Brea, California.

Here’s the playlist recordings for all the tunes in Jersey Surf’s “Fantasea” program, including the music of Richards, Glazunov, Morricone, Mackey, and Gregson-Williams.

Here’s a short video of Louisiana Stars at a recent rehearsal. The corps still has spots for interested trumpet, baritone, tuba, and marimba players, and also for color guard members.

Madison Scouts will perform a free concert on the steps of the Wisconsin State Capitol the evening of Thursday, June 20.

This video will give you a fairly comprehensive insight into what the Mandarins were up to at their recent training camp.

In a recently-posted video, Music City introduces us to the members of its 2019 front ensemble.

Pacific Crest has an immediate opening for a lighting engineer. Basic piano and rhythm skills are required.

In a new vlog post, Phantom Regiment conductor Beavan Zulu leads us through a normal day during the drum corps pre-season.

Check out the cool new electronic message board that’s part of Santa Clara Vanguard’s brand new "Miss Amana" food truck, as well as other images from the truck.

Check out how you can submit a video audition for Seattle Cascades. The corps has openings for low brass and color guard members and is ready to welcome new members prior to move-ins June 14 in La Conner, Washington.

Shadow is looking for someone to perform the visual/silent/theatrical role of Orpheus, the lead character in the corps’ 2019 production.

Southwind’s media team was recently honored with two 2019 Telly Awards for excellence in video and television across all platforms.

Spartans need a few bus drivers for July 16 through August 12. Food and lodging is included.

Spirit of Atlanta will be presenting a free concert June 18 at the Woodruff Arts Center in Midtown Atlanta. Tickets for a VIP reception afterward are presently available.

Alums and current members of the Troopers discuss what the corps’ motto of “Honor, loyalty, and dedication” means to them.

“What About Us” is the title of Vanguard Cadets’ 2019 production, inspired by Pink’s song of the same name.

Vessel offers another pre-season video showing the corps hard at work at its recent weekend rehearsal.