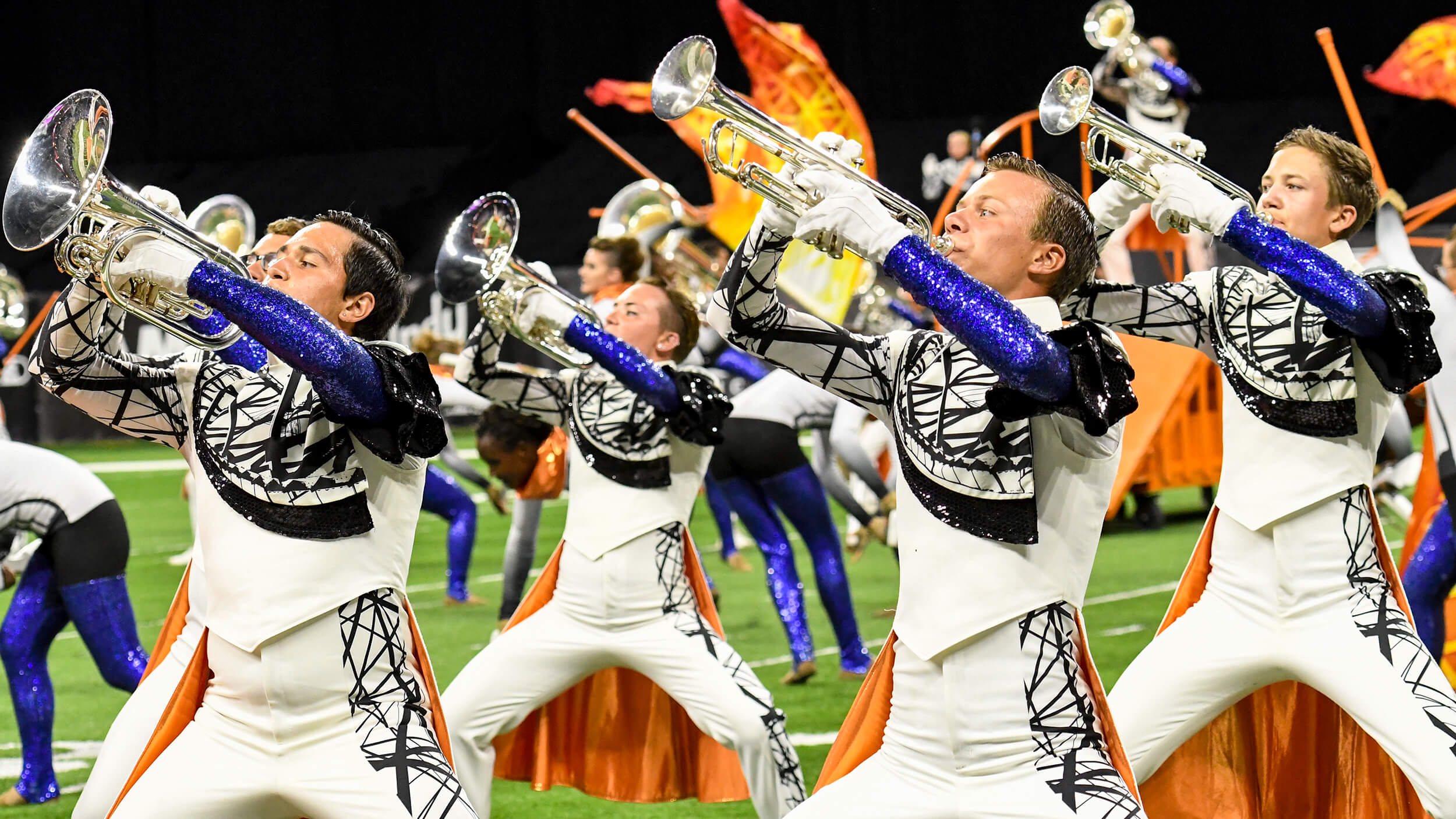 With 2019 in the history books, catch one more listen to Academy’s 2019 horn line in the lot during World Championships Week.

The Battalion achieved the corps’ highest score in corps history and thanks Ultimate Drill Book for being part of that milestone.

You definitely won’t want to miss this edition of "Inside BD360" which captures the Blue Devils victory performance of the corps’ 19th DCI World Championship-winning production of “Ghostlight.”

Until August 31, all who sign up for Blue Knights’ Super Summer Discount will receive $75 off all corps audition clinics and camps for the 2020 season.

Blue Stars had some of the most idiomatic costuming and props on the field this year. Check them out in this collection of photos from a pre-DCI Championships show.

Bluecoats has a large number of brass and percussion instruments for sale from the 2019 season, including four platforms and many other items.

You can own a piece of the program that helped earn Boston Crusaders the 2019 George Zingali Best Color Guard Award by purchasing the flag silks from the corps’ 2019 “Goliath” program.

Get behind the show concept of The Cadets’ “Behold.” Marching Roundtable met with corps designers Darcie Aungst, Adam Sage and Drew Shanefield to get the lowdown on the corps’ 85thanniversary show.

It takes about 200 pounds of protein and 100 pounds of starch to feed a large DCI corps each day. Carolina Crown food truck manager and corps alum Brian Hancock breaks down the process of keeping the corps well fed and nourished.

Check out this video of The Cavaliers' drum line entertaining fans in the lot on Finals night.

Colts program coordinator Don Click discusses how the corps managed to turn fire into ice during the corps' “When Hell Freezes Over” production.

This set of photographs is a fascinating look at how the Genesis tiered riser sets were constructed, from the pieces of unassembled raw lumber through the evolution to the finished products.

Those interested in auditioning for next year’s version of Guardians should join the corps’ 2020 interest group on Facebook.

“FantaSea” put Jersey Surf into the DCI World Championship Semifinals for the first time since 2014. Third-year baritone member Ethan Sears talked with DCI about how the young corps came together and pulled off that major accomplishment.

Legends enjoyed its highest placement ever this year, finishing with a silver medal at the DCI Open Class World Championship Finals. The corps is looking forward to 2020 with a new membership interest page and a discount to those registered for auditions before September 30.

Coming off the corps’ most successful season yet, with the highest score and placement ever received in DCI competition, Louisiana Stars is offering a 2020 interest form for all who wish to join the corps on its continuing journey.

Indianapolis television station WRTV featured some of the half dozen Indiana members and staff of the Mandarins during a World Championships Week broadcast.

Music City’s drum line is captured in this Innovative Percussion video shot in the lot at the DCI World Championships.

Here’s the Facebook group for those interested in learning more about joining Pacific Crest for the 2020 season.

Phantom Regiment will be hosting auditions for all sections at November’s Bands of America Grand National Championships in Indianapolis. Learn more about that weekend and later audition sites in Wisconsin, Texas, Georgia, and California.

Here’s a video of Raiders’ drum line warming up in the parking lot of Lucas Oil Stadium during World Championships Week.

Seattle Cascades will be holding audition opportunities for the 2020 season in Spokane, Portland, Minneapolis, Salt Lake City and Dallas/Ft. Worth, with additional color guard auditions in Atlanta and Los Angeles.

Southwind opened an audition page for prospective members, family, and staff to stay up-to-date heading into the 2020 season.

Spirit of Atlanta is seeking new members interested in learning more about joining the corps for the 2020 season.

Watchmen is now recruiting for all sections of the 2020 corps, including a cymbal line.