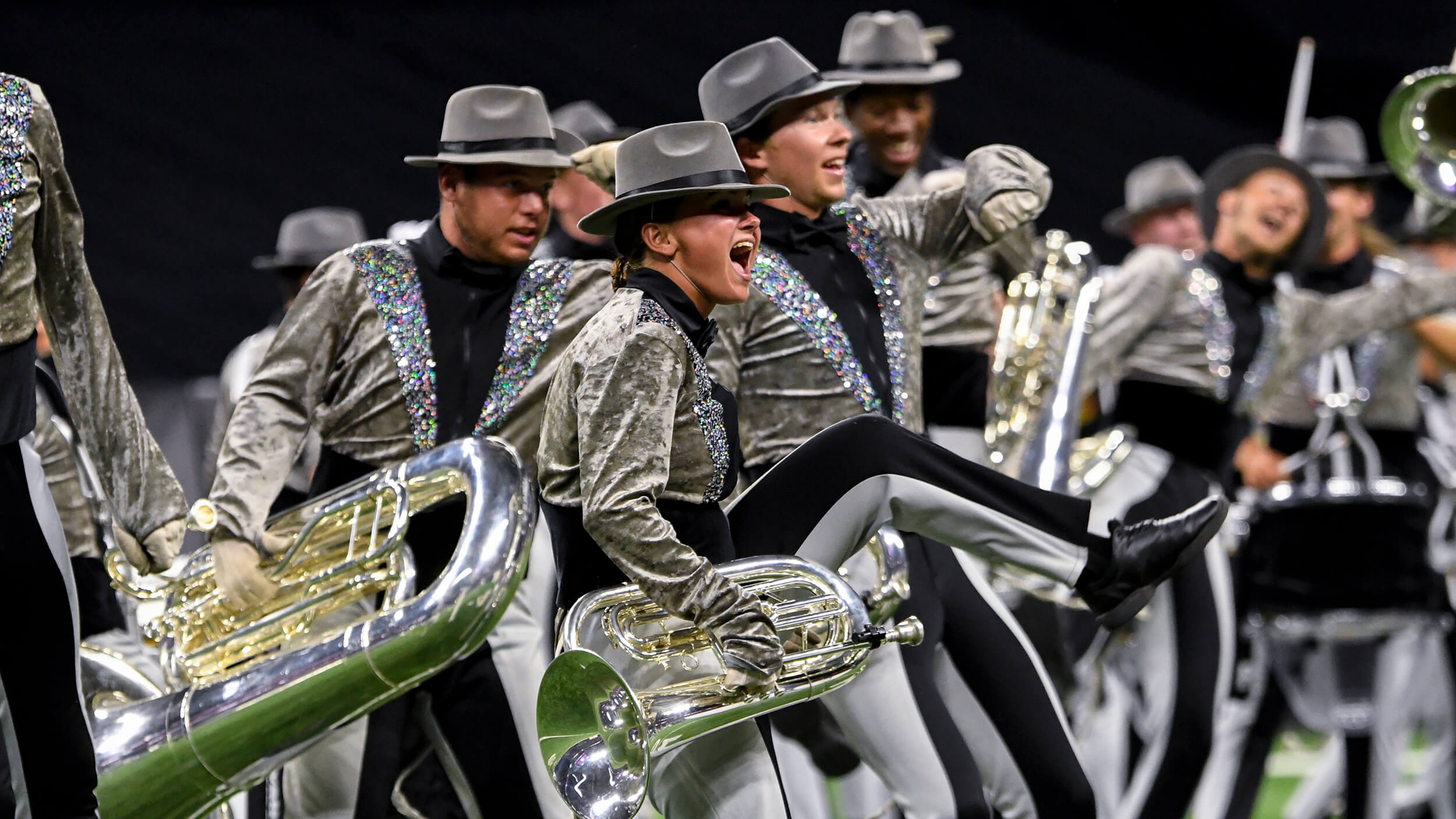 The Battalion offers another testimonial to the advantages of using Ultimate Drill Book to teach and clean visual productions.

The Blue Devils offer an inside look at the role of their drum set player from 2019's production "Ghostlight."

Blue Stars announced the entire team of designers and educators who will lead the corps in 2020. It includes new hires Travis Larson as brass caption head and Jazper Saldana as front ensemble caption manager.

Good news for everyone who adored “The Bluecoats” from this past season. The corps’ entire design team and caption leadership team is returning for 2020.

Boston Crusaders welcomes back Jarrett Lipman as brass caption manager after some time pursuing other goals. Additionally, all caption supervisors have returned from the corps' 2019 season.

There was big news out of The Cadets this week, with DCI Hall of Fame member Denise Bonfiglio stepping into the roll of corps director and several big names from the past returning to the corps, including Jay Bocook, Jeff Sacktig, April Gilligan-Martinez, and others.

The latest issue of "Cavalier Nation" provides an inside look into the workings of The Cavaliers, including a letter from the corps’ new exectuive director, spotlights on members and staff, and a variety of never-before-seen photos.

In addition to some returning members of Colts’ music team, four new faces will be seen on the corps’ percussion team.

Anyone can find a home with Encorps, the second-year Open Class corps from South Brunswick, New Jersey. Students of any skill level are invited to fill out an interest form for 2020 rehearsal camps.

The first session of the Mandarins Academy fall season starts Sunday, September 8, at Sacramento State University. Five of Mandarins’ instructors will be providing instruction to area music students of all skill levels.

Don't miss this Music City blooper reel to see the lighter side of staff and members during the corps' 2019 summer tour.

As a presenting sponsor of Pacific Crest’s 2019 Drum Corps at the Rose Bowl DCI Tour event, the Pasadena Tournament of Roses sent 235 high school band students to the show free of charge.

There are some big changes in Phantom Regiment’s design staff for 2020, including the return of some key people from the corps’ past.

Ivan De La Cruz is stepping up as Santa Clara Vanguard’s new corps director for the 2020 season. A former member of the Blue Knights and Cavaliers, he served six years on Cavaliers’ visual staff and has been on Vanguard’s visual staff since 2011. In addition, 10 new names have been added to the corps’ 2020 brass staff, including three people with the last name VanDoren.

Brian Smith, who has 21 years experience in various forms of retail management for a variety of large corporations, is Seattle Cascades’ new corps director. Smith most recently served as Cascades’ assistant tour director.

Savings of 10-30% on Spirit of Atlanta gear is currently available on a number of items but only for a limited time.

Some instantly recognizable names including one of the newest members of the DCI Hall of Fame are among Troopers’ 2020 design team.