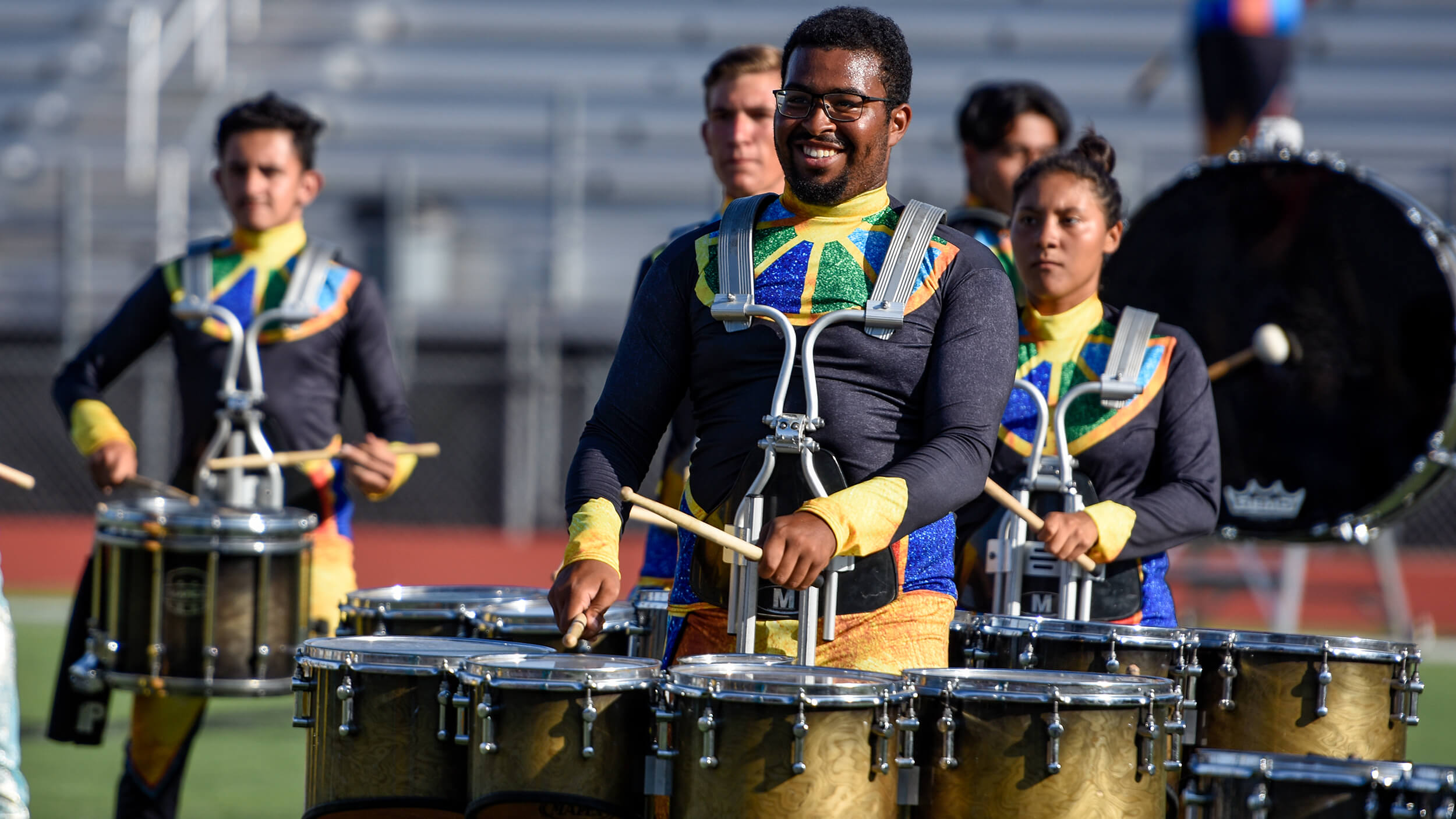 See who is on The Academy’s 2020 design and education teams.

Blue Devils B receives much of its financial support via Blue Devils’ bingo operation, which now has a new location at the Alameda County Fairgrounds.

Chad Heiny returns as Blue Knights’ program coordinator for 2020. He will be joined on staff by program facilitator Austin Greene.

Blue Stars look back at their pivotal 2019 season with this video recapping Finals night from warm-up to the performance field.

Bluecoats offer a wide variety of sponsorship opportunities available for 2020.

You can sponsor a hole for the 2019 Crusader Classic Golf tournament and get your name on a sign during the corps’ important fundraising event.

During the next three Wednesday evenings, The Cadets will offer webinars with the corps’ brass, color guard, and percussion staff. These sessions offer a perfect opportunity for prospective members to ask questions and learn what can be expected at the corps’ upcoming auditions.

Here’s how to register to receive Carolina Crown membership information.

Jack Borland is joining Colts as visual caption head and Fernando Rodriguez is coming on board as color guard caption head. Returning for their third year with the corps are Richard Hinshaw as visual designer and Daniel Wiles as visual consultant.

September 21 is the date of a celebration of life honoring Charlotte Robinson, wife of Crossmen’s first director, Robby Robinson.

Francesca Ramirez, a music education major at University of North Texas, will serve as Genesis' head conductor for the 2020 season.

Registration is now open for Gold’s summer drum corps and other programs.

Heat Wave is saddened to announce that Dik Buelow, one of the corps’ founders, has passed away.

Jason Robb has accepted the position of Madison Scouts’ program coordinator for the 2020 season. Read about his background and that of the corps' all-new 2020 design team.

Audition camp dates are set for Mandarins’ 2020 season, with opportunities available in Dallas and San Antonio, Sacramento, and Indianapolis.

September 29 is the deadline to RSVP for Phantom Regiment’s Hall of Fame Induction Ceremony and Banquet to be held at Forest Hills Country Club in Rockford, Illinois. Inductees include Tony Hall, Bill Petersen, and Mike Roherty.

Santa Clara Vanguard will be performing September 28 in the Santa Clara, California Parade of Champions. The corps is looking for volunteers to staff its information booth at the event.

Registering via Shadow’s interest form is the best way to receive updates regarding Shadow programs. The corps is specifically tailored for young people ages 14-18.

Spartans’ DCI Open Class Championship trophy will be on display at the corps’ audition camp November 22-24. Sign up to be part of the organization’s 65th-anniversary season as the corps strives to repeat its accomplishment.

Members of Watchmen recently appeared with Cedric the Entertainer to promote the Monday night CBS series, “Lip Sync to the Rescue.”