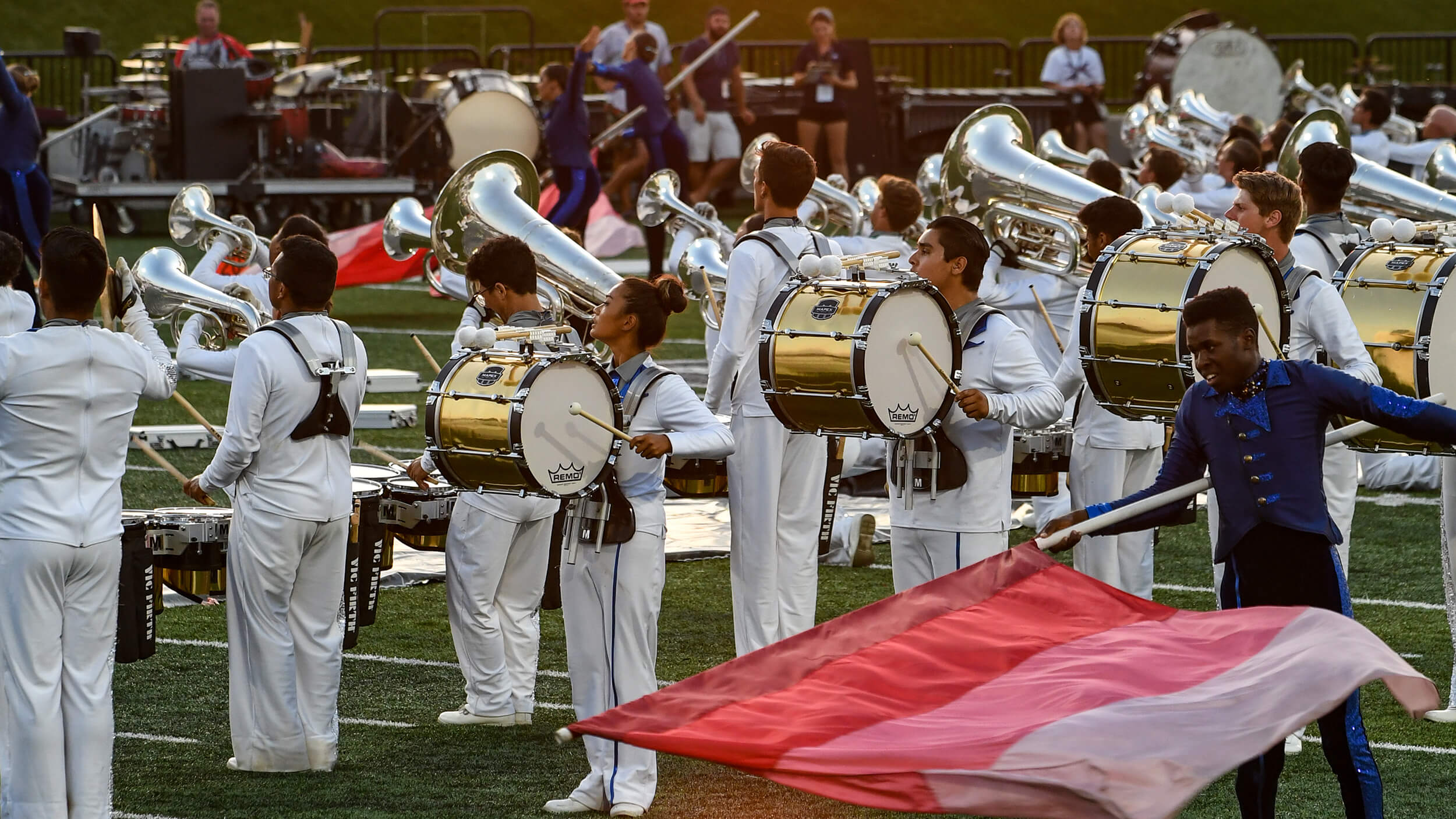 Blue Devils C will be holding an open house for prospective members ages 8-14 on November 14 in Concord, California. No experience is necessary and instruments and equipment will be provided.

You can hear numerous Blue Knights favorites from 1988 through 2011 when the Rocky Mountain Brassworks brass band performs on September 28 at the Broomfield Auditorium in Broomfield, Colorado.

Volunteers are especially needed for the first two days of Blue Stars’ brat stand fundraiser at Oktoberfest 2019 in La Crosse, Wisconsin, a four-day event that begins on Thursday, September 26.

Bluecoats’ 2022 strategic plan explains how the organization will approach maintaining a process of sustained growth as it enters its 50th anniversary and beyond.

Here are all the dates and locations for Boston Crusaders auditions.

Following up on a recent webinar with the corps’ brass staff, The Cadets’ color guard staff takes its turn the evening of September 25 to give insight and advice on the corps' audition process. The percussion staff will get its turn on October 2.

Flags from Carolina Crown’s 2019 “Beneath the Surface” ballad and closer are now for sale. Flags from the corps' 2018 “Beast” show are also still available.

Colts will be holding their auditions in Dubuque, Iowa in November and December.

The design staff who brought the corps' 2019 "Valkyrie" production to life will be back with the Crossmen in 2020.

Judy Ulchinsky is the new executive director of Jersey Arts and Music Inc., the parent organization of Encorps, joined by Ken Sadowsky as the corps’ new director.

The entire Genesis creative team from 2019 will be back working with the corps during its 2020 season.

Heat Wave has a brand new website. This is where all future announcements will be presented about audition info, staff updates, and more.

Believe it or not, Christmas decorations are already showing up in stores. Get a jump on the holiday with perhaps the only holiday soy candles to be found in any online drum corps stores. A Surf alumnus makes all three of the scents, including the aptly named Surf Berry.

Save $50 when registering by September 30 to audition for the 2020 edition of Legends.

Louisiana Stars corps director Aaron Theall reflects upon his first season at the helm of the corps during its most successful year in corps history.

Ward Miller has joined the Madison Scouts organization as director of recruitment and music education consultant. He served as brass caption head for Blue Stars from 2014 to 2019 and since 2006 has been the music arranger, drill writer, and assistant director of the Macy’s Great American Marching Band.

It’s not too late to register for the annual Pacific Crest Charity Golf Tournament on October 4.

Phantom Regiment auditions will be held this fall and winter in Wisconsin, Texas, Georgia, and Central Florida.

Harlan Landes has been named Raiders’ new executive director. He previously served as the corps’ assistant director and earlier served as corps director for the Bushwackers all-age corps.

River City Rhythm has an interest form for those wishing to receive updates on auditions for the corps' 2020 season.

Santa Clara Vanguard announced the dates and locations for its next five audition opportunities.

Brandon Clemons, who previously served as tour director for Teal Sound, is assuming the same role for Seattle Cascades for the 2020 season. In addition, Jeremy Bennett is taking on a new role as the corps’ 2020 operations director.

Those interested in learning about membership in Southwind should sign up to receive notices of upcoming auditions.

Daniel Scott, a fifth-year member of the Spirit of Atlanta brass team, will serve as the corps’ brass caption head for the 2020 season. DCI Hall of Fame member Freddy Martin returns as brass caption supervisor.

Troopers continues its focus on member health and wellness with a team of five professionals dedicated to keeping members safe and sound during the 2020 season.

Silver-plated Yamaha mellophones, baritones, and tubas utilized by the Vanguard Cadets are among horns now available for purchase.