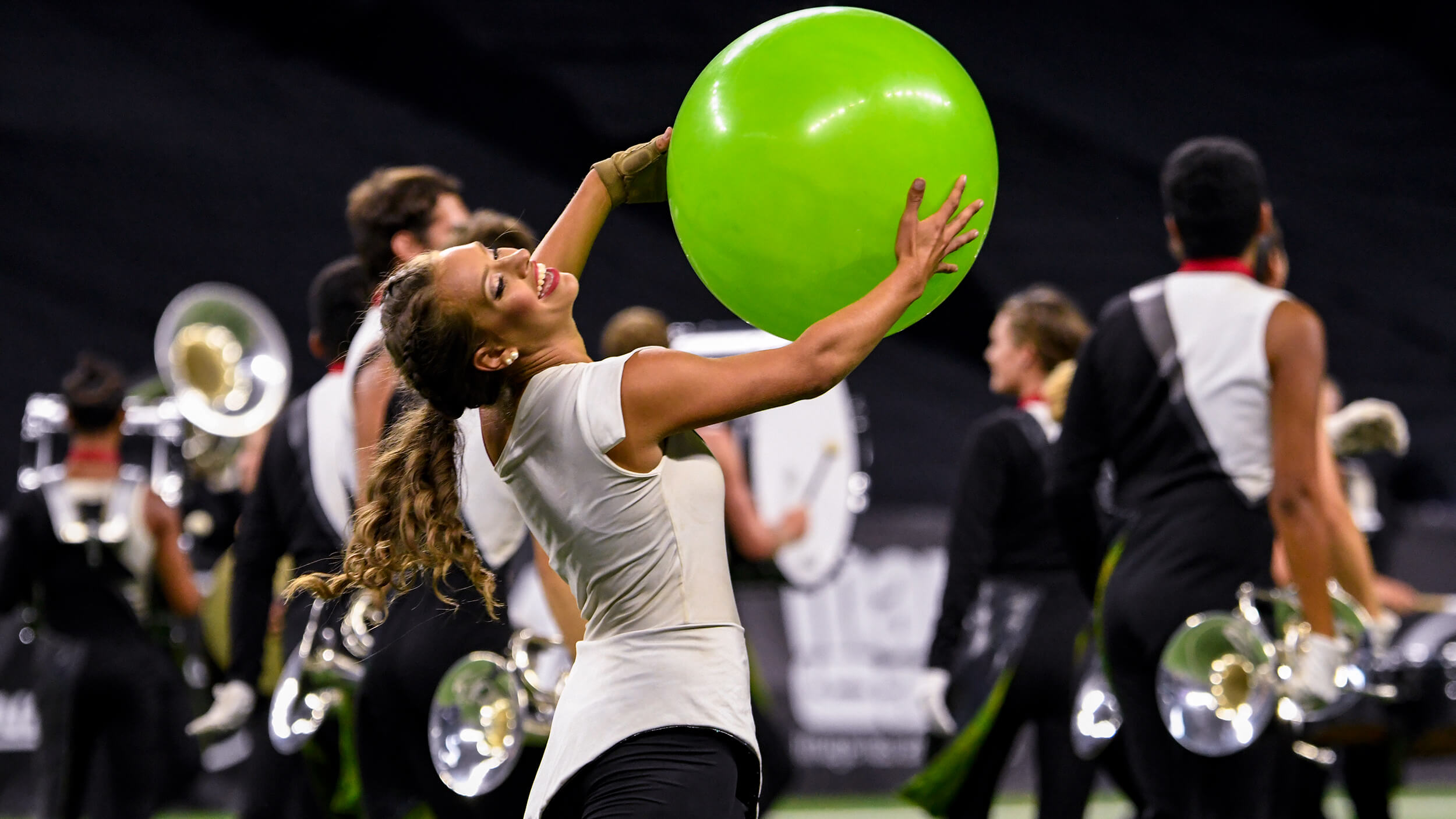 The Acadmey posted auditions dates for various locations in November and December.

The 2019 Blue Devils B and C moisture-wicking show shirts are now available at a discount. Fans can spend $50 in the BD Pro Shop and get 20% off an entire purchase through the end of October.

For Boston Crusaders’ 80th anniversary, the Inspire Arts & Music board of directors launched a $1 million capital campaign to invest in the future success of the organization.

Colts revealed its roster of 2020 visual instructional staff. "The knowledge, the experience, the eager approach to teamwork — all of that is there," caption head Jack Borland said abou the team of new and returning individuals.

Crossmen color guard caption head Tyler Edrington will be returning for his ninth season with the corps in 2020. "Tyler has established a strong, long-standing foundation for the guard and this corps," CEO Natalie Steele said. "We look forward to working with and along side this incredible team!"

Guardians welcomed back the entire design team that crafted the corps' 2019 "Unpeeled" production for 2020.

The Pacific Crest audition/experience camp December 13-15, will be held at Arcadia High School in Arcadia, California. Information for snare and tenor drum audition clinics is also available, as is info on how to submit a video audition.

In a recently-posted video, Adam Sage, Phantom Regiment’s creative visual director and color guard designer, lets fans in on whose idea it was to integrate men into the corps’ guard back in 2005.

Shadow has a number of items for sale from the past summer, including flags, guard uniforms, and Mapex battery percussion used for just two months.

Southwind audition and experience camps will be held in Daphne, Alabama the weekends of November 22-24 and December 13-15.

Nominations for the Spirit of Atlanta Hall of Fame, Class of 2020, is open until December 15, 2019. Anyone may submit a nomination.

Led by returning drum major Savannah Light, Troopers appointed their 2020 corps member leadership team. "These individuals have shown a long term commitment to the Troopers organization," director Kristy Jackson said. "I am very excited to see their positivity thrive in a leadership capacity."

Those with leadership skills are encouraged to contact Watchmen for further information about becoming a drum major.