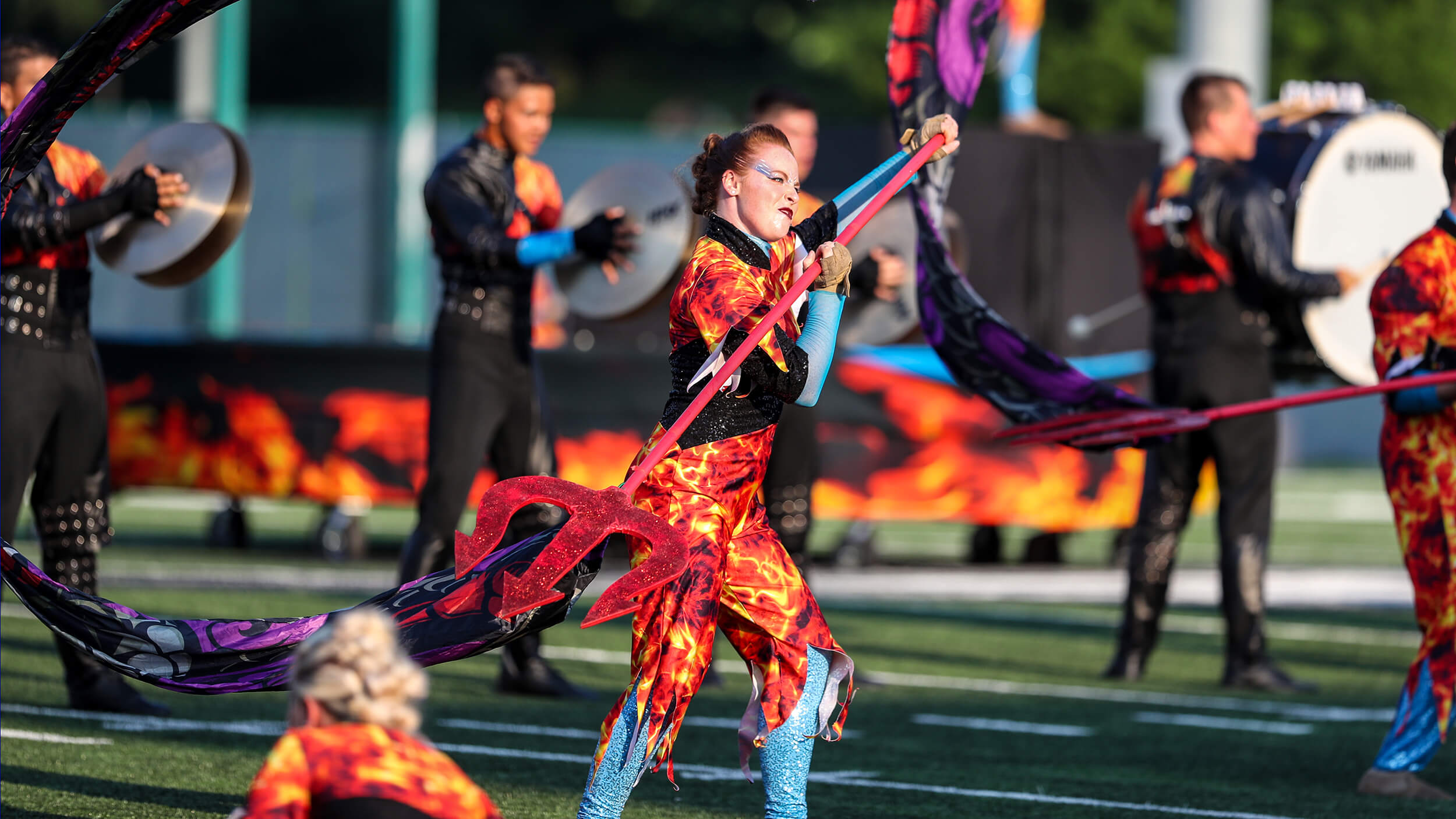 The first 7th Regiment audition camp will be held the weekend of December 13-15 at a location to be announced.

Those unable to audition live for The Academy are invited to send in video auditions by December 6.

Battalion educational experience clinics will be held November 29-30 in Denver, Colorado and December 13-14 in Salt Lake City, Utah, with auditions to follow in those same locations in January.

Video auditions for Blue Devils B will be accepted until January 10.

The first open house of the Blue Devils C's 2020 season will be held November 14 in Concord, California for prospective members ages 8-14. No experience is needed and all instruments and equipment will be provided.

All remaining merchandise from this year’s “The Bluecoats” production has been added to the Bluecoats Marketplace. Check out the site for new sales on a wide variety of items.

November auditions for the Boston Crusaders will be held in Greenwood, Indiana on the 17th, The Colony, Texas on the 24th and Portsmouth, New Hampshire on the 30th. The video audition deadline is November 17.

Saturday, November 9 is the date of the free Cadets workshop at MetLife Stadium during the USBands National Championships. It’s a perfect opportunity to learn what it’s like to be a Cadet and to hear veteran members and staff answer any and all questions about the corps. Workshops will be held twice during the day.

Sunday, November 10 is the date of The Cavaliers’ auditions in Nagoya, Japan. Even if you won’t be auditioning but you read Japanese, you’ll want to check out this audition poster.

The Colts' 2020 color guard instruction team, led by caption head Fernando Rodriguez, includes members who have performed for Blast! and Lady Gaga. “Fernando comes to us with rave reviews, and has worked regularly with our program coordinator, Don Click," corps director Vicki MacFarlane said. "I’m enthused to start the season and work with this incredible team.”

Washington State-based Columbians auditions are coming up November 16 in Lynnwood, November 23 in Spokane, and December 7 in Tri Cities.

Pre-register and pay for your 2020 Crossmen color guard audition, and get access to the corps' audition choreography videos.

Four former Genesis drum majors will be conducting leadership and conducting clinics November 30 in Bastrop, Texas and December 14 in Pearsall, Texas. The cost to attend includes a T-shirt and meals, and there are options to audition if desired.

Auditions for the 2020 edition of Gold are just one month away, December 7-8, in San Diego County, California.

Cymbal players looking for a corps home are encouraged to either audition in person for the Guardians or submit a video audition.

To kick off the corps’ 30th anniversary, prospective members and even anyone just interested in checking out the drum corps experience may attend the Jersey Surf Experience Weekend November 22-24 in Sicklerville, New Jersey for just $30.

Legends auditions for all sections start November 22-24 in Kalamazoo, Michigan.

Read about all the people in charge of Louisiana Stars’ 2020 design team.

After a one-year hiatus from the Madison Scouts' percussion section, the corps revealed that it will be bringing back its cymbal line in 2020.

Catch up on all the audition dates and locations for the 2020 Mandarins.

Music City will have a membership booth at the Bands of America Grand National Championships in Indianapolis November 14-16.

Those interested in auditioning for a Pacific Crest drum major position must participate in a pre-screening process requiring three videos.

Registration is open for Phantom Regiment auditions in the Dallas area the weekend of November 23-24.

It’s not too late to register to attend the first round of Raiders auditions November 10 in Danville, Pennsylvania and November 16 in Parlin, New Jersey.

Santa Clara Vanguard’s Sanford Award-winning drum line will be performing November 15 at the Percussive Arts Society International Convention in Indianapolis. Check out this video of the line's last trip to PASIC in 2015.

Seattle Cascades is looking for energetic, organized tour assistants for its 2020 national tour.

The registration fee for Southwind auditions will increase on November 10. The corps’ first audition camp is coming up the weekend of November 22-24 in Daphne, Alabama.

The first audition weekend for the DCI Open Class Champion Spartans will be held the weekend of November 23-24 in Nashua, New Hampshire.

The Spirit of Atlanta Delta Fest 2019 will be held next weekend, November 17, at Olde Blind Dog Irish Pub in Milton, Georgia.

Registration is now open for the Troopers Alumni Corps, and alums should be on the lookout for the new Trooper alumni jacket design, which will be available soon.

Vessel will hold its first auditions for all sections December 8 in Ontario, California.

Watchmen auditions for all sections will be held November 17, December 15, and January 19 in Bloomington, California.