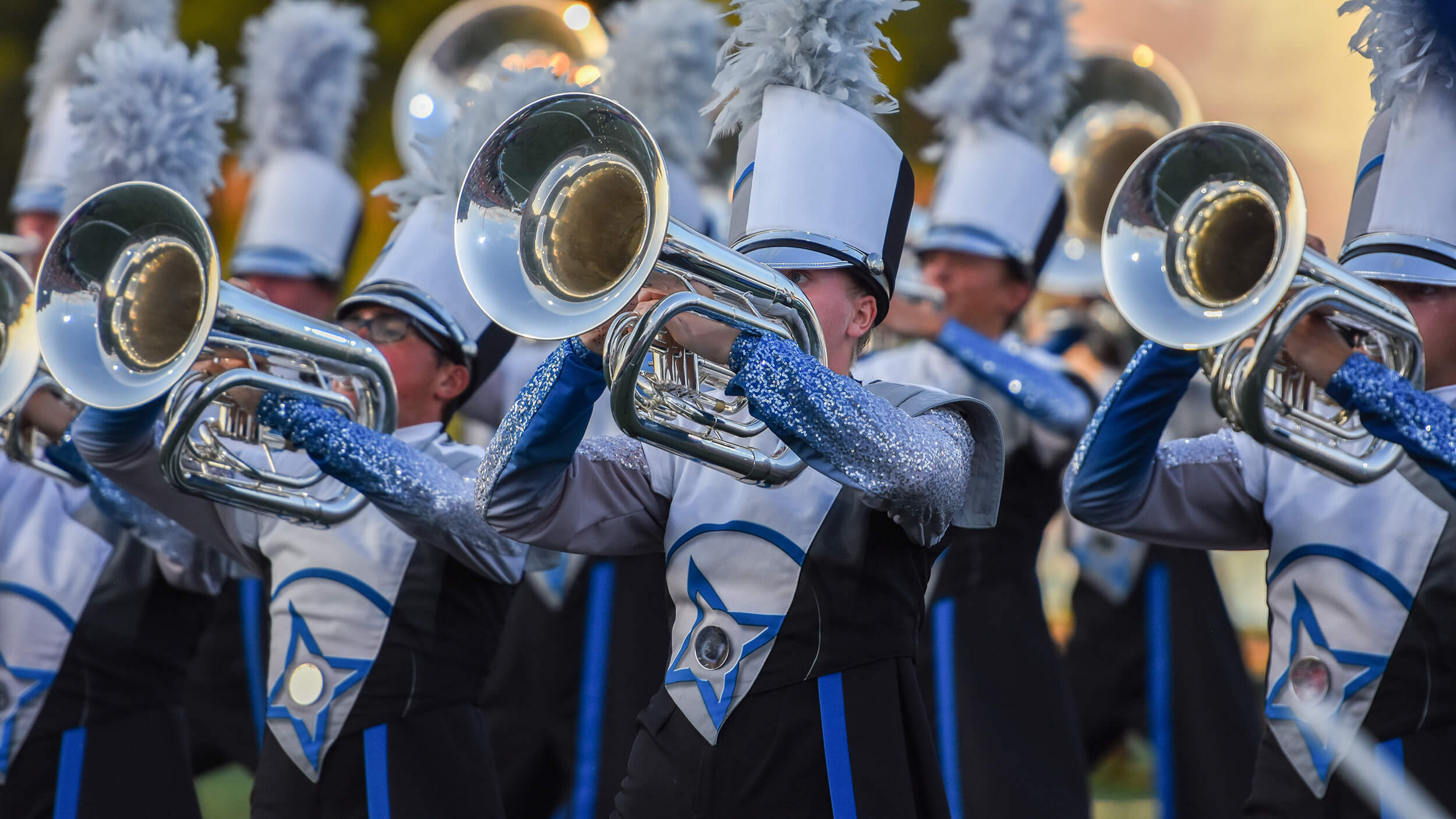 7th Regiment revealed its caption managers for the corps' 2020 season. “We are so excited to have this amazing team of educators in place," executive director Kevin Lowery said. "They represent the absolute best of what we have to offer to 7R."

The Academy is offering a $25 early-bird discount for those registering by November 29 for the corps’ December 6-8 audition camp in Casa Grande, Arizona.

The Battalion is proud to announce that the corps will be competing at the DCI World Championships for the first time in 2020.

With the recent release of the 2020 DCI Tour schedule, check out where you can find the Blue Devils this summer.

Blue Devils B auditions are coming up the weekend of December 14-15 in Pittsburg, California.

In an alumni spotlight feature, GM Kuzma, director of operations for Ascend Performing Arts, talks about his background and how he got involved with the Blue Knights.

Becoming a sustaining member of The Shield provides support to the Bluecoats and gives members behind-the-scenes content not available to the general public.

Learn how you can contribute to Boston Crusaders’ 80th anniversary $1 million capital campaign, created to allow Inspire Arts & Music to continue its ongoing building improvements, upgrades to the corps’ fleet, and debt relief.

The Cadets Alumni Association is open to all who have worn the uniform over the organization's 80 years. Members will receive the latest information on the corps and are encouraged to share news of their life events.

The Cavaliers have numerous opportunities for alums and fans to contribute to the corps.

Colts is holding auditions for color guard and brass in Houston, Texas on December 8.

All caption heads and members of Colt Cadets' design team are returning for the 2020 season. “I'm excited to work with this team and see what we can create together," said Colt Cadets director Rich Waddington. "We've had lots of great discussions about what we want the 2020 Colt Cadets to be and we're already working hard to build a show that everyone can be proud of.”

A Crossmen experience camp for brass, percussion, and color guard is being held this weekend, November 22-24, in Fort Worth, Texas.

Saturday, November 30 is the date of the first of two leadership and conducting clinics offered by Genesis, including instruction in basic conducting, field timing, service leadership, and conducting an ensemble.

Heat Wave will be conducting drum major and conductor auditions December 7 in Plant City, Florida and December 14 in Hollywood, Florida.

Kaho Akiya, a sketch artist for color guard and costume and floor designer for indoor percussion, has joined the Impulse color guard staff.

Legends welcomes Paul Nesper as brass supervisor and Jared Seymour as assistant brass supervisor. “Paul comes with a wealth of knowledge and experience and is driven to see brass students develop and grow as musicians and individuals,” executive director Ibe Sodawalla said.

Madison Scouts will be holding gender inclusive auditions for all sections in Dallas the weekend of November 30.

Don Taylor will serve as Music City’s 2020 brass supervisor. See who else will be assisting him on the brass staff.

Phantom Regiment caption head Brad Toth will be leading a "stacked" roster of brass instructors for the corps' 2020 season.

Raiders’ open house for all prospective members will be held December 6-8 in Millville, New Jersey.

River City Rhythm will hold two audition weekends in Minnestrista, Minnesota; one in mid December and one in mid January.

Even those not auditioning for the 2020 season of Santa Clara Vanguard are encouraged to attend the December 21 Vanguard Visual Masterclass in Houston. Tickets may be purchased online or at the door.

Seattle Cascades is looking for a certified athletic trainer to provide professional services during the corps’ 2020 summer tour.

Southwind’s first audition camp will be held the weekend of November 22-24, in Daphne, Alabama.

After the November 22-24 audition camp in Locust Grove, Georgia, Spirit of Atlanta will hold a second audition event December 6-8 in the same location.

Troopers have become the fourth DCI World Class corps to announce a partnership with Fruhauf Uniforms. “I could not be more excited about our new relationship with Fruhauf Uniforms," director Kristy Jackson said. "Last month, I was honored to visit their facility and experience the professionalism and dedication to the arts. The look of the Troopers will be in good hands this summer!”

A summer with Vanguard Cadets is a perfect intro to the world of DCI. Auditions in the Bay Area are only a month away, December 21-22.

Auditions for Vessel will be held December 8 in Ontario, California.