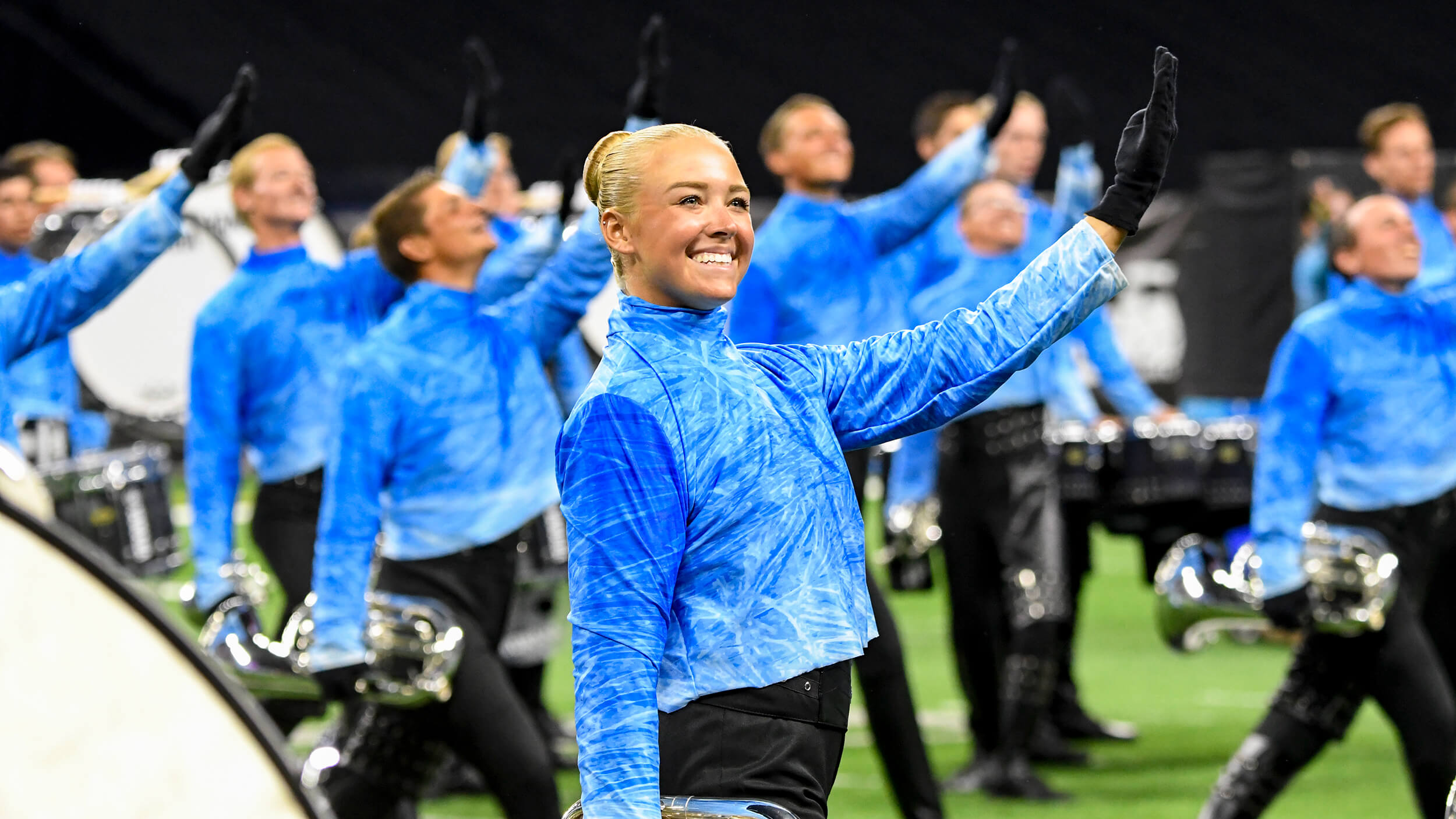 • Colts appoint 2020 drum major
• Was that The Battalion in a Hallmark Christmas movie?
• Phantom Regiment reveals 2020 percussion staff
• And more!

7th Regiment audition materials are live on the corps’ website, with registration now open for the December 13-15 audition camp in Manchester, Connecticut.

The Academy’s next audition camp for all sections will be held December 6-8 in Casa Grande, Arizona.

Hallmark Christmas movie aficionados may have seen some familiar uniforms in the recently-released “Holiday for Heroes.”

Find out how your holiday shopping can directly support the Blue Stars.

All Bluecoats apparel is on sale from Black Friday through December 18.

Boston Crusaders released a new commemorative ornament, featuring the branding from 2019's "Goliath," just in time for the holiday season.

The Cadets are sponsoring a one-day audition and educational clinic in Jupiter, Florida on Saturday, December 7.

Carolina Crown launched a $35,000 holiday fundraising campaign to upgrade to a 26-foot box truck with a lift gate to better handle the corps’ equipment.

The Cavaliers sent buses and trucks to take part in a parade to honor a three-year-old boy bravely fighting the effects of the neuromuscular disease, SMARD. The parade was featured on CNN’s “Anderson Cooper Full Circle.”

After two years in the corps' brass section, Alayna Verduyn will step up to serve as Colts drum major during the corps' 2020 season. "I looked up to the previous drum majors, and I’m excited to take what they set up and continue developing the legacy the Colts have been building for the last couple years," she said.

All sections are invited to the Crossmen's San Antonio audition the weekend of November 29-December 1.

Bastrop, Texas is the site of Genesis auditions from November 29-December 1.

Gold auditions will be held December 7-8 in San Diego County and January 4-5 in Riverside County, California.

Guardians' next audition camp is November 30 in Azle, Texas.

Impulse is holding auditions for all sections November 30-December 1 in Cucamonga, California.

Jersey Surf’s next audition weekend will be held December 20-22 in Sicklerville, New Jersey.

Legends’ 2019 holiday ornaments are now available. This year’s tree-worthy addition is a shatterproof reminiscence of the corps’ 2019 production, “Song of the Siren."

Madison Scouts brass, percussion (but no cymbals), and color guard auditions will be held November 30 to December 1 in Dallas.

Mandarins will be hosting Thanksgiving weekend auditions for all sections in Sacramento November 29 to December 1.

Check out all the volunteer positions available for Music City. There are a variety of needs that fit any talent or desire.

Pacific Crest auditions for all sections will be held December 13-15 in Arcadia, California.

Raiders began revealing the individuals who will lead the corps' caption and instrucational staff teams in 2020.

Trinity High School in Euless, Texas is the site of the first Santa Clara Vanguard auditions this weekend, November 30 to December 1, for all sections except cymbals.

Seattle Cascades will hold a three-day audition camp for all sections December 13-15 in SeaTac, Washington.

Don't miss this look inside Southwind’s recent November audition camp. The corps will be holding its next audition event December 13-15 in Daphne, Alabama.

Vanguard Music and Performing Arts, the parent organization of Vanguard Cadets, will once again hold its Vanguard Gift Wrap-A-Palooza fundraiser at Westfield Valley Fair Mall in Santa Clara, California. Volunteers are encouraged to sign up for shifts from December 14 through Christmas Eve.

Sunday, December 15 is the date for the next Watchmen auditions in Bloomington, California.