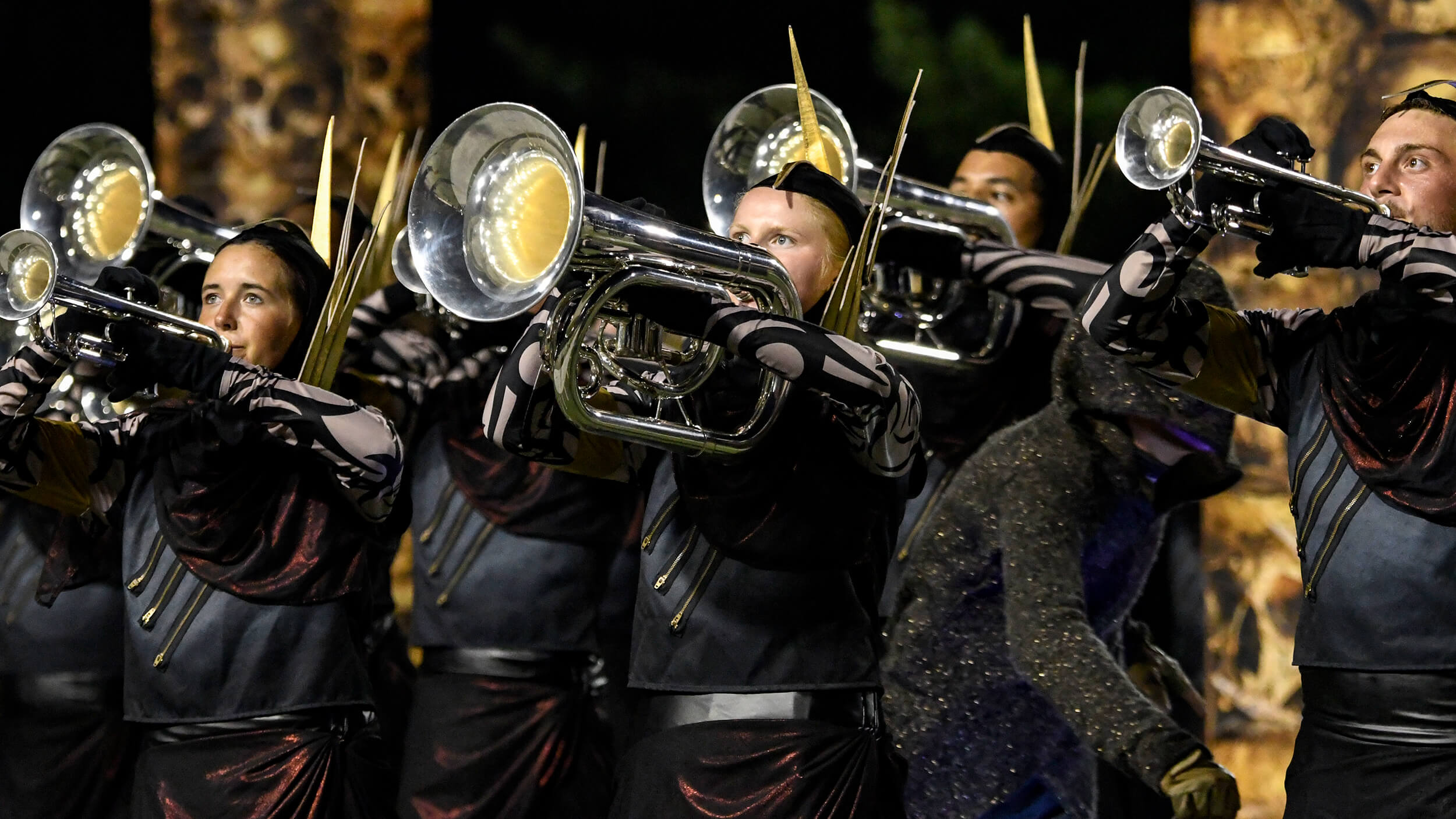 The Academy offers detailed video audition guidelines for those unable to attend an audition camp in person.

Free shipping is available for residents of the 48 contiguous states on all used System Blue brass instruments.

A three-day BKXperience audition clinic will be offered by Blue Knights the weekend of December 13-15 in Englewood, Colorado. This event includes audition opportunities for all sections.

In a recent post over the Thanksgiving holiday, Blue Stars revealed the title of the corps' 2020 competitive production, "Still Life: 20/20."

There are many impressive Boston Crusaders items available for bid during the corps’ annual holiday auction, running live through Sunday, December 8.

There are three different levels to which one can donate to The Cadets during the corps’ annual holiday campaign. The corps is seeking to generate $100,000 by the end of the year.

The Cavaliers have been cleaning out the organization’s closets and have discovered a lot of interesting merchandise that is now available for $20 in a mystery box while supplies last. Recipients are guaranteed at least one item of their selected size, and to receive more than two apparel items of varied sizes. Send in your unboxing video to be entered to win an exclusive prize item from the upcoming 2020 season.

Three members of Colt Cadets were featured in the Macy’s Great American Marching Band over Thanksgiving.

Crossmen’s final audition experience camp will be held Sunday, December 8 in Houston. This event is for brass only.

Two audition experience camps remain for those interested in joining Genesis, including weekend events December 13-15 in Pearsall, Texas and January 17-19 in Bastrop, Texas.

Auditions begin for Gold this weekend, December 7-8 in San Diego and will continue January 4-5 in Murrieta, California.

Golden Empire has a variety of drum corps costumes and props available for purchase, plus winter drum line costumes, tarps, and props.

After the December 7 Heat Wave auditions in Plant City, Florida, the corps will host another audition opportunity December 14 in Hollywood, Florida.

Legends auditions for all positions continue in Kalamazoo, Michigan the weekend of December 20-22. New applicants are welcomed to register.

Donors are sought to contribute to Louisiana Stars’ meal opportunities during its December 27-29 audition camp. All sections are still open for auditioning.

Krista Kearney has been appointed Music City’s brass co-caption head, serving alongside Jonathan Valentine. In addition, the corps’ first audition camp starts this weekend, December 6-8 in Nashville, Tennessee. There are openings in all sections.

All sections are invited to audition for Pacific Crest the weekend of December 13-15 in Arcadia, California.

Do you need holiday gift ideas for the color guard person in your life? Well, worry no more, as the answers to your concerns are available in the Phantom Regiment holiday gift guide.

This past summer, River City Rhythm recorded an arrangement of “What Child is This/Carol of the Bells” for Minnesota Public Radio’s “Taste of the Holidays” CD. Take a listen to the performance.

Santa Clara Vanguard is hosting “Exploring Movement in Drum Corps,” a visual master class, on December 21 in Spring, Texas. The class will be especially helpful to brass and percussion members needing dance and movement experience for auditions.

Shadow’s full-corps audition camp is scheduled for January 17-19 in Oregon, Wisconsin. Check out the corps’ calendar of events for further details.

Southwind’s next audition camp for all sections is December 13-15 in Daphne, Alabama.

Spartans’ 2020 staff includes Mike Rayner as visual caption manager and Gilles Ouellette as visual designer. See who else will be contributing to the defending Open Class Champion’s visual production this coming season.

Spirit of Atlanta’s audition camp for brass, percussion, and conductors will be held December 6-8 at Luella High School in Locust Grove, Georgia.

Going international, the Troopers scheduled an audition camp for all sections in Costa Rica the weekend of January 25-26.