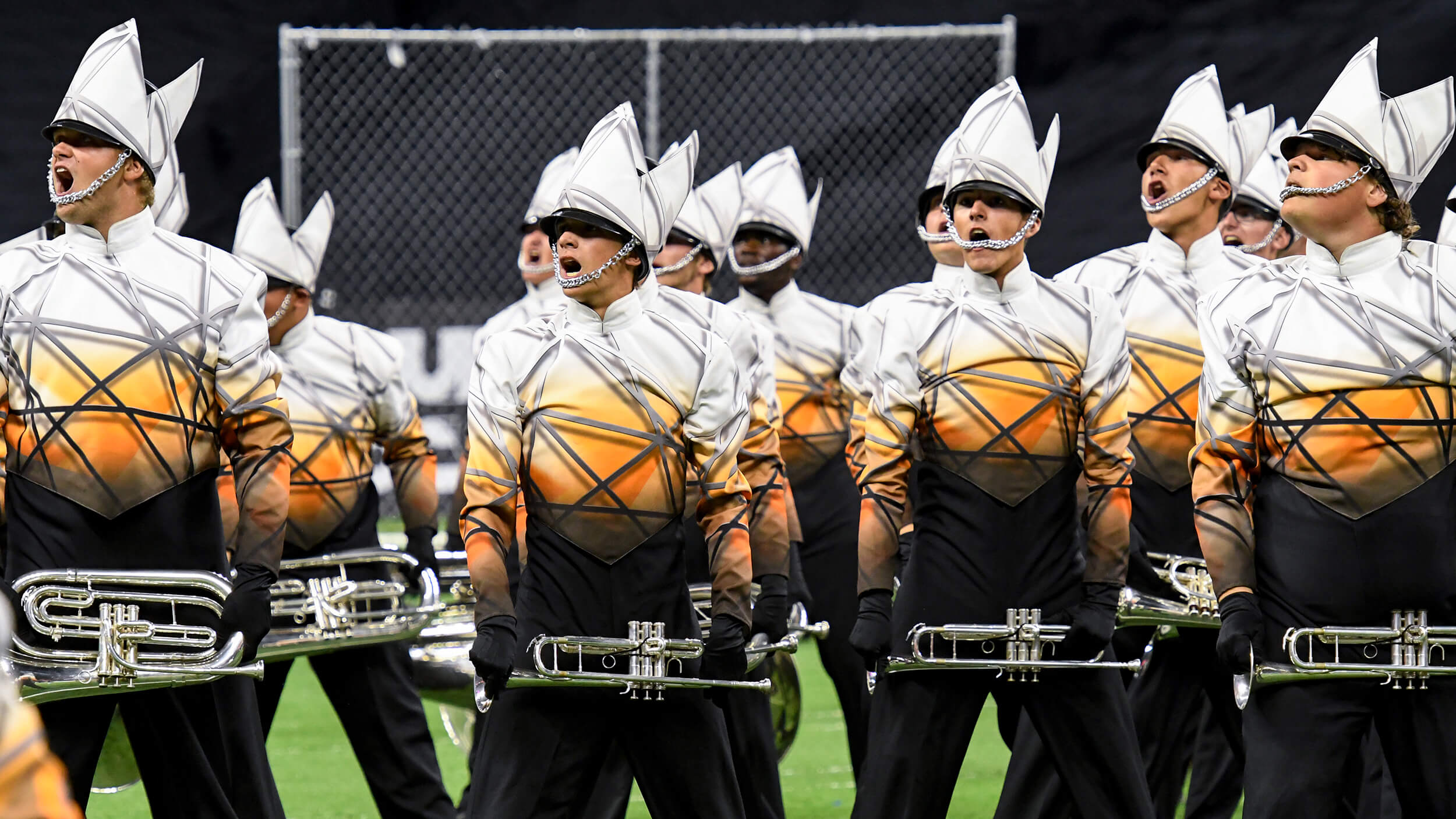 The Academy’s 2018 “Academic” uniforms and guard costumes are for sale and are ready to ship.

The first membership contracts for The Battalion went out this week, but there is still a chance to try out for the corps at its audition weekend January 24-25 in West Jordan, Utah.

Stay up to date with all things Blue Devils by following the rehearsal dates of all the Devils ensembles.

Blue Devils B kicks off its 2020 season with an audition and rehearsal camp at El Dorado Middle School in Concord, California on Saturday, January 11 and 12.

Learn how you can be part of Blue Knights’ BKXeperience-Perform! ensemble at the Drums Along the Rockies DCI Tour event on July 12. Participation is open to anyone from middle schoolers through college students, including all percussion, woodwinds, brass, and color guard performers of any skill level. There will also be a student leadership clinic for drum majors.

Bluecoats are seeking a foodservice manager and a head chef for the upcoming season. A position is also open for a commercial driver for the merchandise box truck and trailer.

Brass players and educators of all levels are invited to spend the day of January 25 in San Antonio learning from Boston Crusaders' instructional staff. Students will perform alongside the corps’ brass line at the conclusion of the clinic. Instructional sessions will include both music topics and visual topics such as posture, foot timing, and combining music and visual responsibilities.

Colts have openings is every section for this coming summer. Check out how to attend the January 17-19 brass and percussion audition camp in Dubuque, Iowa.

Columbians’ full-corps audition and rehearsal camp is coming up January 17-19 in Yakima, Washington.

Registration remains open for Crossmen’s Drum Major eXperience Camp January 17-19 in San Antonio. Applicants wishing to be considered as a Crossmen drum major are required to attend this event after first completing an online registration form.

Due to construction at its usual facility, Guardians has an immediate need for a rehearsal site January 24-26 in the Houston area.

Prospective Impulse members should fill out this audition interest form.

The sparkling new Mandarins Music Center has passed all inspections and is ready to open to serve the youth not only of the corps, but of the entire Sacramento, California region.

If you’re interested in joining Music City, check out the requirements for the corps’ January 17-19 audition callback camp for brass and percussion in Nashville.

River City Rhythm may have openings prior to the corps’ January 17-19 audition camp in Minnestrista, Minnesota. If you can’t attend in person, it’s possible to audition via video.

The first Vanguard Hall and Fleet Day of the year will be held at the corps' Santa Clara, California headquarters on January 11. Volunteers will be focused on cleaning and prepping vehicles before the corps’ callback audition camp the weekend of January 17-19. Lunch will be provided to all who volunteer.

Seattle Cascades will conduct a brass and percussion audition callback camp January 24-26 in SeaTac, Washington for numerous open positions throughout the corps. Sign up for the corps’ newsletter to never miss an update about corps events.

What is Shadow all about? Watch this video encapsulating the corps' 2019 season. Video auditions are available for those of high school age who are unable to attend the corps’ first audition camp January 17-19 in Oregon, Wisconsin.

There is still time to sign up for Watchmen’s January 19 audition camp in Bloomington, California. Fill out this form to receive more information.