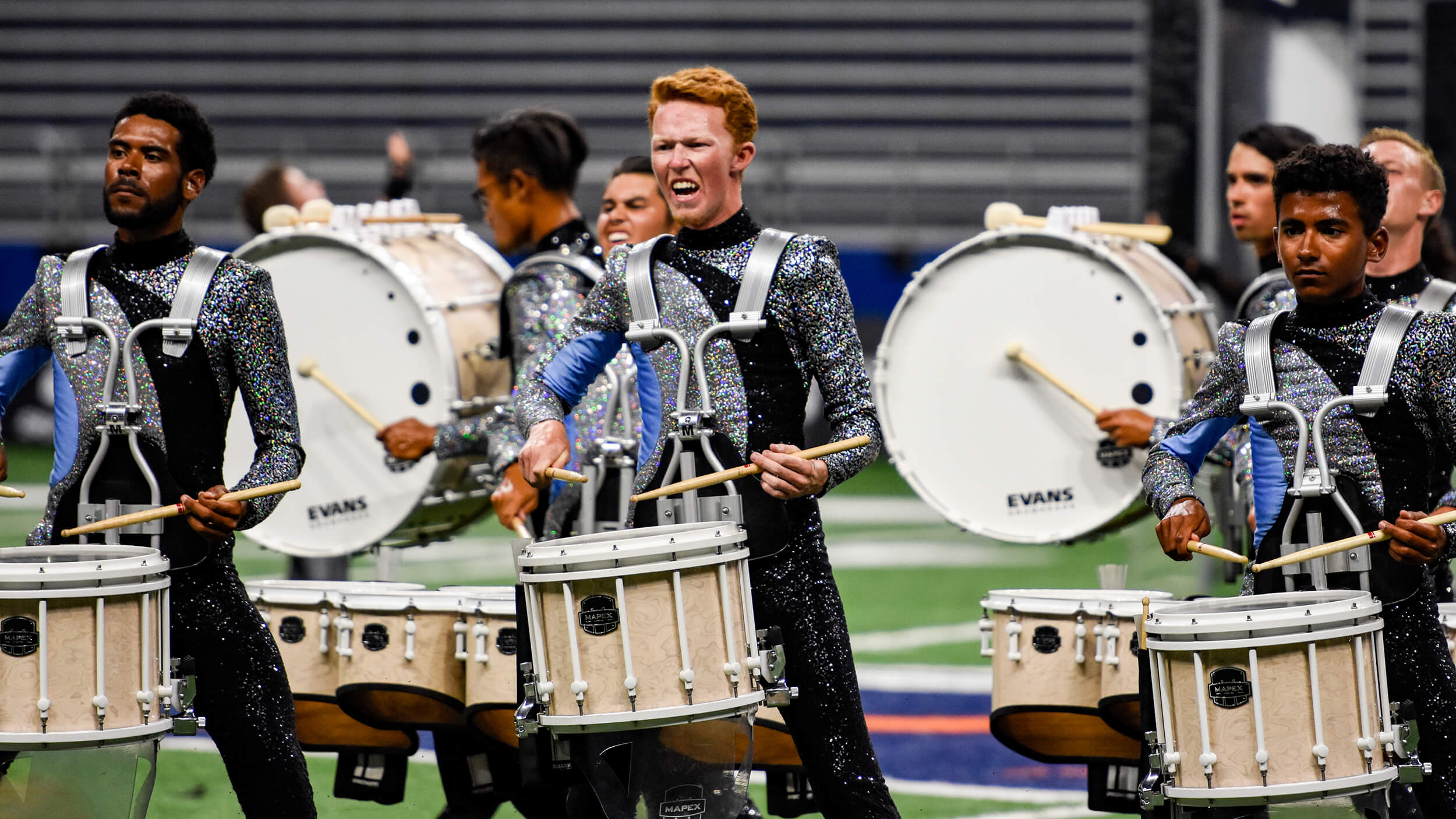 7th Regiment is hosting a free color guard workshop on Sunday, January 19, at Winthrop School in New London, Connecticut. Attendees can experience what it’s like to be in the corps’ guard with no strings attached.

You can now save almost $900 on The Academy’s used Quantum marching euphoniums.

There’s still time to sign up for The Battalion’s January 24-25 audition camp at Copper Hills High School in West Jordan, Utah. Open auditions for drum major will also be held then, but registration ends at the end of the day on Friday, January 17.

Did you know Blue Devils has an official YouTube page that is chock full of corps videos? The channel has more than 67,000 subscribers.

The 2020 Blue Devils Family Day is scheduled for June 13 at Los Medanos College in Pittsburg, California. In addition to picnics, there will be field performances by Blue Devils B, Blue Devils C, the Blue Devils Special Needs Guard, and the defending DCI World Champion Blue Devils.

Jordan Helwerda has been named Blue Knights’ new Executive Director, taking over from Mark Arnold, who continues in his role as Chief Executive Officer of the corps’ parent organization, Ascend Performing Arts. “(Helwerda's) focus has always been centered on creating a positive experience for the members, both as drum major and as assistant director," Arnold said.

Blue Stars is seeking volunteers to assist the corps at its January 17-19 brass and percussion audition camp being held at the Indiana State Fairgrounds in Indianapolis. Bass drummers must attend this camp, and there are still some brass openings still available.

While supplies last, lots of T-shirts, sweaters, and other accessories are currently on sale at the Bluecoats' online marketplace.

By supporting Boston Crusaders’ 80th Anniversary Capital Campaign, you can help the corps expand its local music education offerings for local youth. See some of the youth already being helped by the program.

Positions are available in a number of Cadets sections, including some for brass, percussion, and color guard. The corps is holding a brass audition event in Leander, Texas on Sunday, January 26.

Registration just opened for CrownLEARNING, educational summer camps that are geared toward high school percussion, brass, drum major, and color guard students. Corps staff members will instruct the sessions and participants will get to spend time with the corps itself.

The Cavaliers is holding a callback audition camp for brass and percussion January 17-20 at Dowell Middle School in McKinney, Texas.

Columbians’ full-corps audition and rehearsal camp is being held January 17-19 in Yakima, Washington.

Crossmen’s drum major auditions will be held January 17-19 in San Antonio. This is a required event for those interested in becoming a corps drum major.

Brian Lyke, returning as Guardians’ head drum major, will be joined on the field this year by three assistant drum majors. Auditions will be held for the two drum major positions January 24-26 in Houston. The brass and percussion sections will also be meeting that weekend.

Jersey Surf is holding an audition camp for brass and percussion the weekend of January 17-19. Audition info is available on the corps’ audition page for the event at Sicklerville, New Jersey’s Camden County Technical School.

Legends has limited openings for prospective keyboard, trumpet, baritone/euphonium, tuba, and color guard performers. The corps is having a rehearsal/audition camp for brass and percussion January 17-19 in Kalamazoo, Michigan.

Louisiana Stars is holding an audition camp in Ball, Louisiana from January 18-19.

Madison Scouts’ next rehearsal weekend for brass and percussion will be held January 22-26 at the Indiana State Fairgrounds in Indianapolis.

If you are applying for the first time for membership in the 2020 edition of Mandarins, it is necessary to register online. The corps is holding an audition and rehearsal weekend January 17-19 in Sacramento, California.

Music City will be holding a callback audition camp January 17-19 in Nashville.

The Phantom Regiment media team is looking for photographers, videographers, and social media specialists to tour with the corps during its 2020 season. Applicants should send in their resumé and a few samples of their work.

The next round of Raiders auditions will be held January 24-26, in Millville, New Jersey. Brass, percussion, and drum majors are invited to come enjoy the experience.

Read about the four drum majors who will lead River City Rhythm on the field this summer. All who are planning on attending the corps’ audition camp in Minnestrista, Minnesota should know that due to forecasted snowfall, the camp will be starting at noon on Saturday, January 18, instead of on Friday night as originally scheduled.

Video auditions for the 2020 Santa Clara Vanguard color guard will be accepted through February 15.

Bring a friend to Shadow’s first audition camp January 17-19 in Oregon, Wisconsin and your camp fee will be waived. The event is also open for those who just want to learn more about the Open Class corps. Video auditions are also currently being accepted.

Southwind has a variety of color guard flags currently for sale.

There is still time for brass players and percussionists to join the defending DCI Open Class World Champion Spartans. The corps is holding an audition and rehearsal camp January 17-19 at the Boys & Girls Club of Greater Nashua in Nashua, New Hampshire.

The Spirit of Atlanta callback audition camp at Luella High School outside Atlanta on January 17, is a required event for all contracted 2020 brass players. Positions may still be available. Contact the corps to learn more.

Brass positions are available at Troopers’ audition camp taking place January 17-19 in Mesquite, Texas. Percussionists will also have an opportunity to audition during that time. Video auditions remain open as well.

The Santa Clara Vanguard organization will be celebrating its 53rd birthday with the Vanguard Birthday Brunch at Vanguard Hall in Santa Clara, California on Saturday, March 28.

Watchmen will audition prospective brass and color guard members on Sunday, January 19 in Bloomington, California. There are also some openings for percussionists.