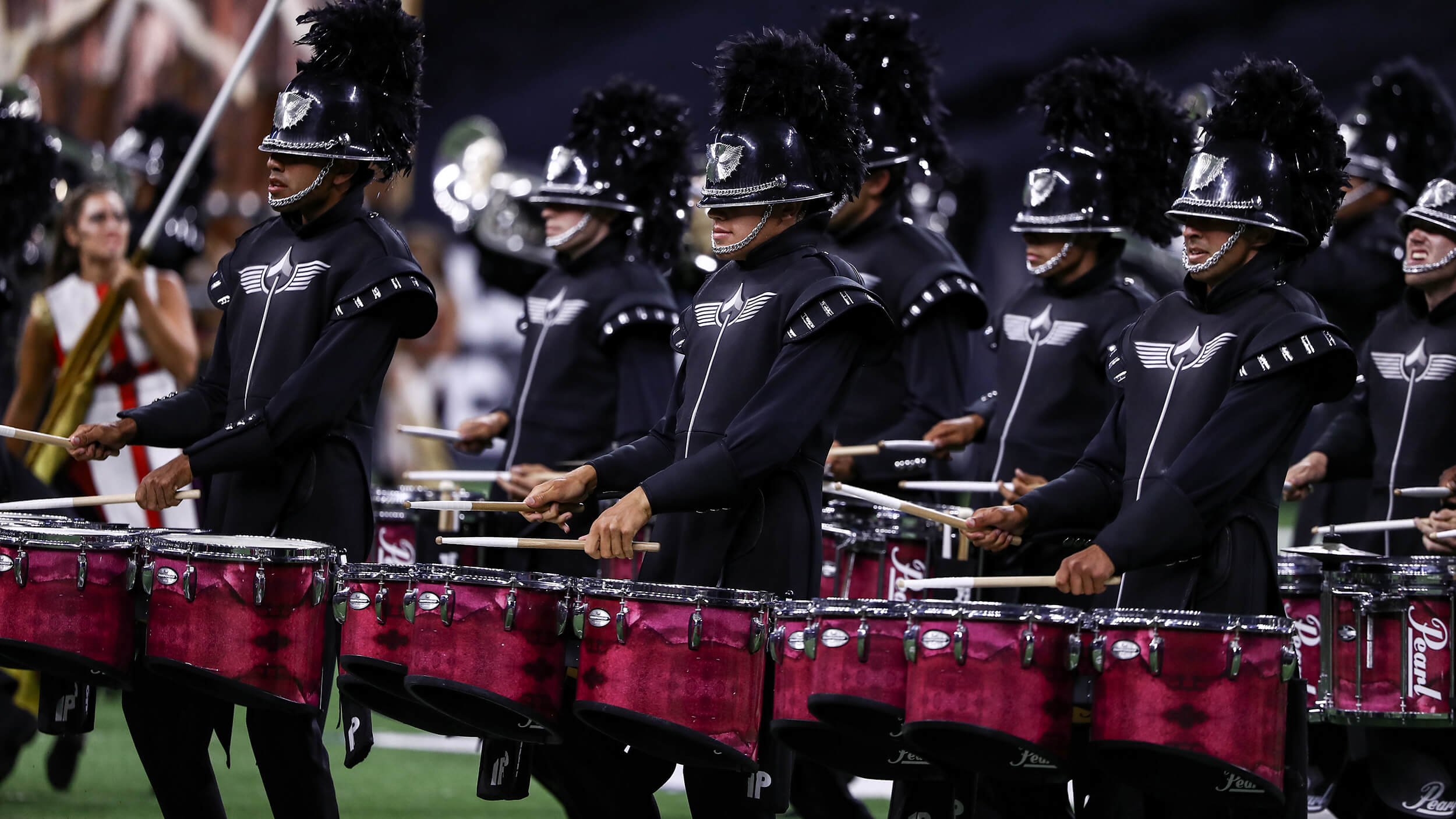 The Academy is selling gently used Jupiter tenor and bass trombones at a discount. Also available are discounted marimbas and a host of other musical instruments.

The Battalion’s January 24-25 audition camp is being held at Copper Hills High School in West Jordan, Utah. For those who can’t make it due to weather or other reasons, video auditions are due Saturday, January 25.

Blue Devils will miss longtime BD driver Dave Gist, who passed away after a long illness. But they also celebrate his life for his many contributions to the corps and others, as well as the life of his wife, Sandy, who has led the corps’ food team for many years.

Daniel Belcher is stepping into the position of director of member experience for Blue Knights, a position that is new and rather unique. His job is to oversee and innovate on behalf of the positive experiences of Blue Knights members. Belcher served as corps drum major from 2016-2019 and was the first recipient of the Don Warren Community Service Scholarship this past summer.

Bluecoats’ SoundSport ensemble, Rhythm in BLUE, is transitioning from an alumni-managed ensemble to being open to anyone over the age of 18. The ensemble is open to performers who play brass, drum set, auxiliary percussion, or perform on color guard equipment and will participate in a mini tour leading up to the SoundSport International Music and Food Festival event during the DCI World Championships in Indianapolis.

Boston Crusaders is holding a brass workshop open to all on Saturday, January 25 at Tejeda Middle School in San Antonio, Texas. The event, taught by members of the corps’ brass staff, will include a student master class on a variety of music topics.

Members of The Cadets learned the first two parts of the corps’ 2020 show at a recent rehearsal camp weekend. Take a look at this video of an intriguing marching exercise called “Vectors” that was taught to the members by the corps’ visual staff.

High school percussion, brass, and color guard performers, as well as drum majors, would benefit from attending Carolina Crown’s CrownLEARNING summer camp. Attendees will be instructed by the corps' staff and will also interact with the corps' membership.

The Cavaliers will be holding a callback audition camp for brass February 21-23 in Rosemont, Illiinois.

Community spirit is alive and well in Dubuque, Iowa, judging by a recent generous donation made to Colts by a local lumber company as part of its Charitable Foundation Open House.

Columbians’ second-annual Brass and Brews event is coming up on Saturday, February 28 at the Uptown Theatre in Richland, Washington.

Genesis will partner with Sabian and Innovative Percussion for the corps' 2020 season.

With a theme of "empower," Gold kicked off a new fundraising campaign to purchase new instruments for the corps' 2020 summmer season.

Guardians will be holding an audition and rehearsal camp January 25-26 at Camp Lost Pine in Warda, Texas.

Heat Wave still has openings in all sections of its 2020 corps. Video auditions are currently being accepted from prospective members.

Attendees of Jersey Surf’s recent audition camp were led through pre-season conditioning by the corps’ training partners from ProSwim Fitness. The corps will be heading to the pool during its February 14-16 rehearsal weekend for additional training.

Legends has a select number of brass, keyboard, and color guard positions open to prospective members for the corps' 2020 season.

The next Louisiana Stars rehearsal camp for brass and percussion will be held February 28-March 1 in Lafayette, Louisiana.

Donations to Forward Performing Arts and Madison Scouts help provide the gift of music education to more than 500 program members and more than 3,000 students.

Music City’s next rehearsal camp for brass and percussion will be held in Nashville the weekend of February 14-16. Contact the corps to learn about available positions.

Stan Mauldin has been hired as Phantom Regiment’s new executive director. Since 2016, Mauldin has been the band director of Seguin High School outside San Antonio, Texas. He has served as brass caption head for Colts and was on the brass staff of Blue Knights, in addition to being the corps director of Nighthawks in the mid-1980s.

Raiders is hosting an open house for brass and percussion January 24-26 at Rieck Avenue School in Millville, New Jersey. New brass players are welcome to sign up, and there are limited percussion positions still available. Color guard auditions will resume in April.

River City Rhythm reports a great turnout at its recent January audition camp. Openings are still available in all sections for those who were unable to attend.

The summer is still a ways away but Santa Clara Vanguard reports that "you can already feel a special energy in the air" after the corps' January audition and rehearsal camp.

Southwind is accepting video auditions for all sections until February 7. The next brass and percussion audition camp is February 14-16 at Daphne High School in Daphne, Alabama.

Spartans is featured in a recent local news report from the New Hampshire Chronicle.

Currently, preliminary color guard auditions for Spirit of Atlanta are complete, but there will be additional opportunities in April.

Led by returning drum major Savannah Light, meet the conductors of the 2020 Troopers.

Vessel brass and drum major auditions will be held on Sunday, January 26 at Colony High School in Ontario, California.

The next opportunity to audition for Watchmen will be held Sunday, February 16.