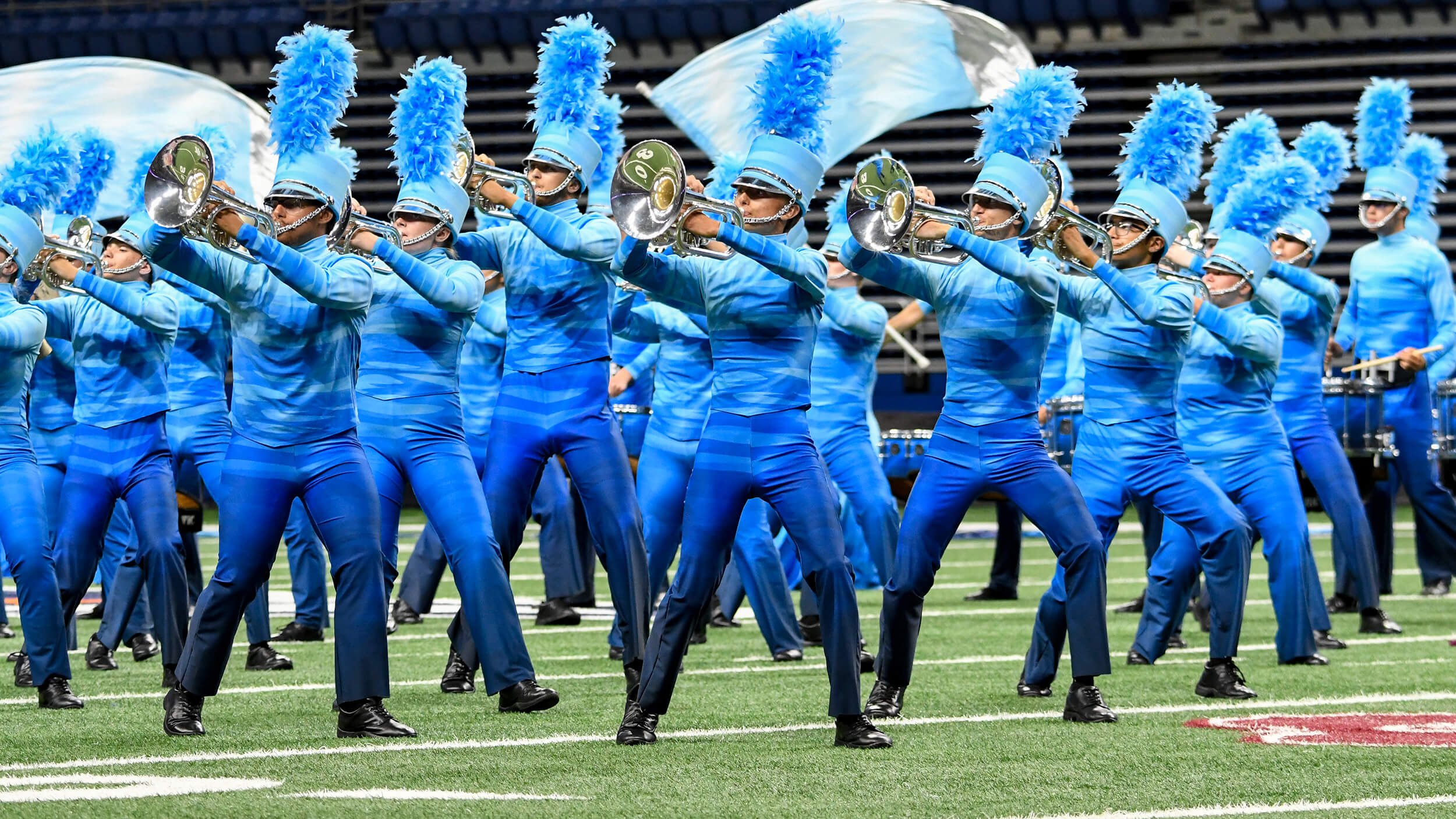 Those unable to make it to 7th Regiment’s audition camp in New London, Connecticut February 14-16, may submit a video audition up until February 7.

The Academy will be adding a bass guitarist to its 2020 front ensemble section and is asking for those interested in the position to submit a video demonstrating their skills.

The Blue Devils Performing Arts Crab Feed Fundraiser on February 29 is an annual event of music, dancing, raffle, silent auction, and all-you-can-eat marinated crab and other food and drink. This event at Centre Concord in Concord, California historically sells out and has long been considered a must-attend occasion for hungry California drum corps fans.

Blue Devils C is holding a rehearsal and parent meeting the evening of February 6 at El Dorado Middle School in Concord, California. There will be additional rehearsals each of the following Thursdays in February.

Blue Knights is seeking a volunteer food coordinator for its monthly camps prior to the 2020 summer season. If you are good with planning menus and shopping for food in bulk, here’s your chance to contribute your expertise.

If you’re wondering if Blue Stars are on their way to making a big splash this coming season, check out this photograph of the corps’ first music ensemble get-together and count the number of tubas in the picture. You’re almost there when you get to 20.

Are you a great chef or do you have expertise in food service? If so, check out Bluecoats’ need for both a head chef and a food service manager for the corps’ summer tour.

Boston Crusaders' FootballMania SuperMatch fundraiser plays into Super Bowl mania and could net you $5,000 while supporting the corps.

Lakewood Ranch High School in Bradenton, Florida is the site of The Cadets’ brass and percussion rehearsal camp February 14-16. Contact the corps to learn of any potential openings.

Register now to be informed of any available Carolina Crown membership openings.

There are a variety of ways one can donate to The Cavaliers, including the Cav-A-Meal program and the BOOST program that helps members meet their financial obligations.

Are you an aficionado of cymbal lines? Colts has selected theirs for the coming season.

A Colt Cadets rehearsal will be held February 9 at Table Mound Elementary School in Dubuque, Iowa. There is no cost to attend. Membership is open to junior high and high school students, and no experience is needed to join.

Tickets remain available for Columbians’ Brass and Brews event on Saturday, February 28 at the historic Uptown Theatre in Richland, Washington.

A new Genesis audition opportunity has been scheduled for Bastrop High School in Bastrop, Texas, February 21-23. Limited openings are available in the front ensemble percussion and in all brass sections.

Golden Empire has openings for brass, front ensemble, and color guard members. An audition camp is being held January 31 to February 2 at Bakersfield College in Bakersfield, California for brass and percussion. Color guard students should submit a video audition.

Guardians’ next audition event for brass and percussion is February 21-23.

Heat Wave still has openings for percussionists in all sections. Submitting a video audition will allow applicants to secure a spot for the next percussion rehearsal camp, which will be held in April.

Anaheim, California’s All-American Brew Works & Honey Pot Meadery is the place to be the evening of February 22 for the Impulse Youth Arts Brewpulse 2020. A $25 donation gets you two pours, a commemorative glass, a BBQ dinner, and a raffle entry.

Jersey Surf’s first member from Ireland is really agog over the experience she had recently at her first Jersey Surf rehearsal camp.

There are limited openings in Legends’ keyboard section and color guard, as well as throughout the brass line.

Auditions for Les Stentors will be held February 8 in Sherbrooke, Quebec, and February 16 in Victoriaville, Quebec.

Louisiana Stars is holding a brass and percussion rehearsal camp February 28 to March 1 in Lafayette, Louisiana. Contact the corps to learn of any potential openings.

This week Madison Scouts dropped a big hint about their 2020 production, revealing the artists they will draw their repertoire from.

Check out the impressive new Mandarins Music Center in this recap video of the grand opening which took place on January 26.

Here are the requirements to audition for Music City at the corps' next rehearsal camp for brass and percussion in Nashville, February 14-16.

Pacific Crest’s updated website is chock full of new features, including the latest news on the corps and ways of supporting the organization.

Phantom Regiment gives us a fascinating glimpse inside the corps' latest rehearsal camp in this recently-posted video.

Raiders is celebrating its 30th anniversary this year and has openings in numerous sections for this milestone season.

A River City Rhythm-sponsored drum line show is coming up on Sunday, February 16, at Shakopee High School in Shakopee, Minnesota.

Check out the members of Shadow’s 2020 instructional staff and get the latest info on how you can still audition for the corps.

Southwind is accepting video audition submissions for all sections. The corps is planning its largest membership ever. The next rehearsal camp for brass and percussion is February 14-16 at Daphne High School in Daphne, Alabama.

With a focus on participant safety, Spartans showed off a new Automatic External Defibrillator that the organized procured with support from a local foundation.

The Spirit of Atlanta Spirit Store has numerous hot sales going on for cold weather gear.

Brass positions are still available in all sections of Troopers’ horn line. The corps’ next audition camp will be held February 21-24 in Mesquite, Texas.

Tickets for the Vanguard Birthday Brunch on Saturday, March 28 in Santa Clara, California are now on sale. The Vanguard Cadets and Santa Clara Vanguard will both be on hand for a performance.