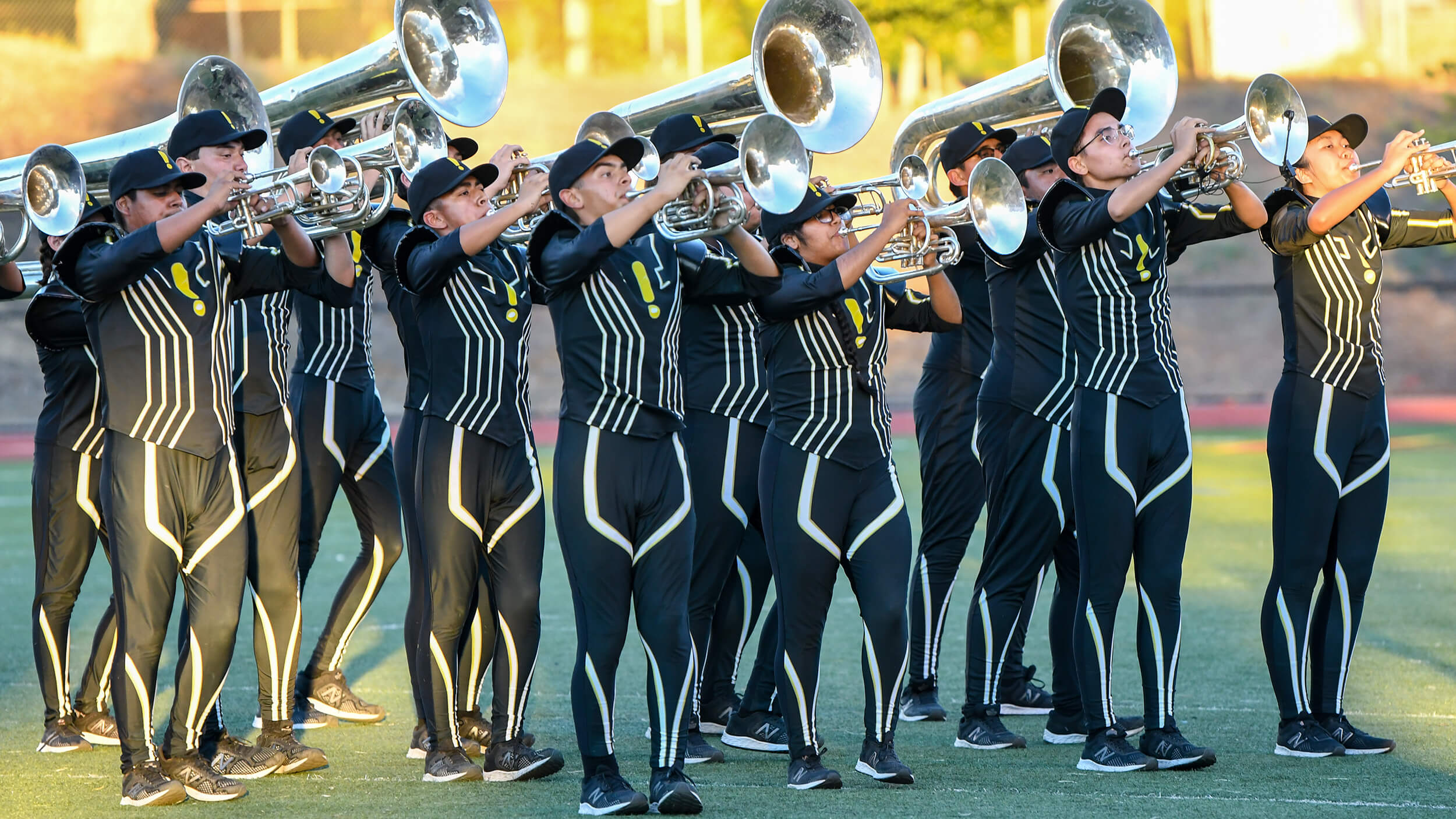 7th Regiment’s next audition and rehearsal camp for brass and percussion is February 14-16 in New London, Connecticut.

You can save almost $900 on pre-owned Jupiter Quantum marching euphoniums utilized during The Academy’s 2018 season.

The Battalion will make history in 2020 as the Salt Lake City Open Class corps makes its very first trip to the DCI World Championships in Indiana.

Ascend Performing Arts, the parent organization of the Blue Knights, has numerous employment and internship opportunities, including positions for an athletic trainer, summer tour merchandise assistant, and drivers.

The Blue Stars are in search of volunteers for their 2020 summer tour.

Bluecoats has posted a variety of positions including internships, foodservice managers, and drivers.

Boston Crusaders and other ensembles from its parent organization Inspire Arts & Music will be present their annual Concert in the Park in downtown Boston on June 15.

The Cadets’ Wine and Food Fest is coming to Forest Hill Field Club in Bloomfield, New Jersey on April 19.

Carolina Crown is seeking a skilled pianist to play synthesizer during the corps’ 2020 season.

Numerous props from The Cavaliers’ 2019 production are available for sale, including 12 barrels, 11 pipes, and four carts. The four-piece stage set from the corps’ 2018 show is also available, as are a limited number of tarps.

Columbians’ next audition and rehearsal camp is February 21-23 at Connell High School in Connell, Washington.

See all the ways that you can help the Crossmen as a volunteer during the corps' 2020 season.

Registration is open for Gold's second audition experience camp for brass the weekend of February 22-23 at Valhalla High School in El Cajon, California.

Take a look inside Golden Empire’s latest rehearsal camp. The corps is still recruiting for its 2020 season. Sign up to attend the corps’ February 28-March 1 audition camp for brass.

Guardians has openings in its percussion section for cymbal players. Auditions will be held February 21-23.

Video auditions may be submitted for those interested in joining Heat Wave’s color guard. There are also positions available for brass players and percussionists.

See what Impulse has been up to in this video capturing scenes from the corps’ recent audition camp.

The Jersey Surf February rehearsal weekend for brass and percussion is coming up February 14-16 at Camden County Technical School in Sicklerville, New Jersey. Contact the corps to learn of available openings for the group's 2020 season.

Final Legends color guard auditions will be held April 24-26 in Kalamazoo, Michigan. Reserve now to save $25 on the audition fee.

Les Stentors is holding its second audition and rehearsal camp of the season on Sunday, February 16 in Sherbrooke, Quebec.

Louisiana Stars has administrative staff openings available for the corps' 2020 season. There are both internship and part-time positions among the 15 posted openings.

Madison Scouts and Forward Performing Arts offer Forward Leadership, a program benefitting students of all skill levels. Custom sessions can be scheduled year-round. Students may also attend one of three scheduled educational clinics in Wisconsin this summer. In addition, there will be a five-day session held June 14-18 at the University of Texas Arlington.

The next Mandarins audition camp for brass will be held February 14-16 in Sacramento, California, followed by a February 17 percussion audition event in southern California.

Music City has openings for a social media specialist, photographer, and videographer.

Hear from members of the Phantom Regiment board of directors as they work toward and look forward to a promising future of organizational and competitive growth.

Check out this video of the Raiders drum line in the lot at the 2019 DCI World Championship Prelims in Indianapolis. The corps currently has openings for brass and percussion players at its February 21-23 rehearsal weekend. Color guard video auditions also are currently being accepted.

Santa Clara Vanguard is coming to Trinity High School in Euless, Texas for a weekend rehearsal camp February 21-23 and needs volunteers for food prep and serving through the weekend.

You can donate to Shadow as part of the corps’ upcoming Wisconsin Winter Plunge fundraiser.

Southwind is looking for additional baritone and tuba intructors and interns for the corps' 2020 season.

Melissa Lanier, Gretchen Casel, and Luis de la Fuente will lead Spirit of Atlanta on the field this year as the corps’ 2020 drum majors.

This week Troopers revealed the title of the corps' 2020 production, “The Sum of Our Parts." The corps also unveiled the list of artists and composers the corps will draw the repertoire from.

The next watchmen auditions for brass and percussion will be held February 16 at Bloomington High School in Bloomington, California. Positions are available in all sections and also for drum major.