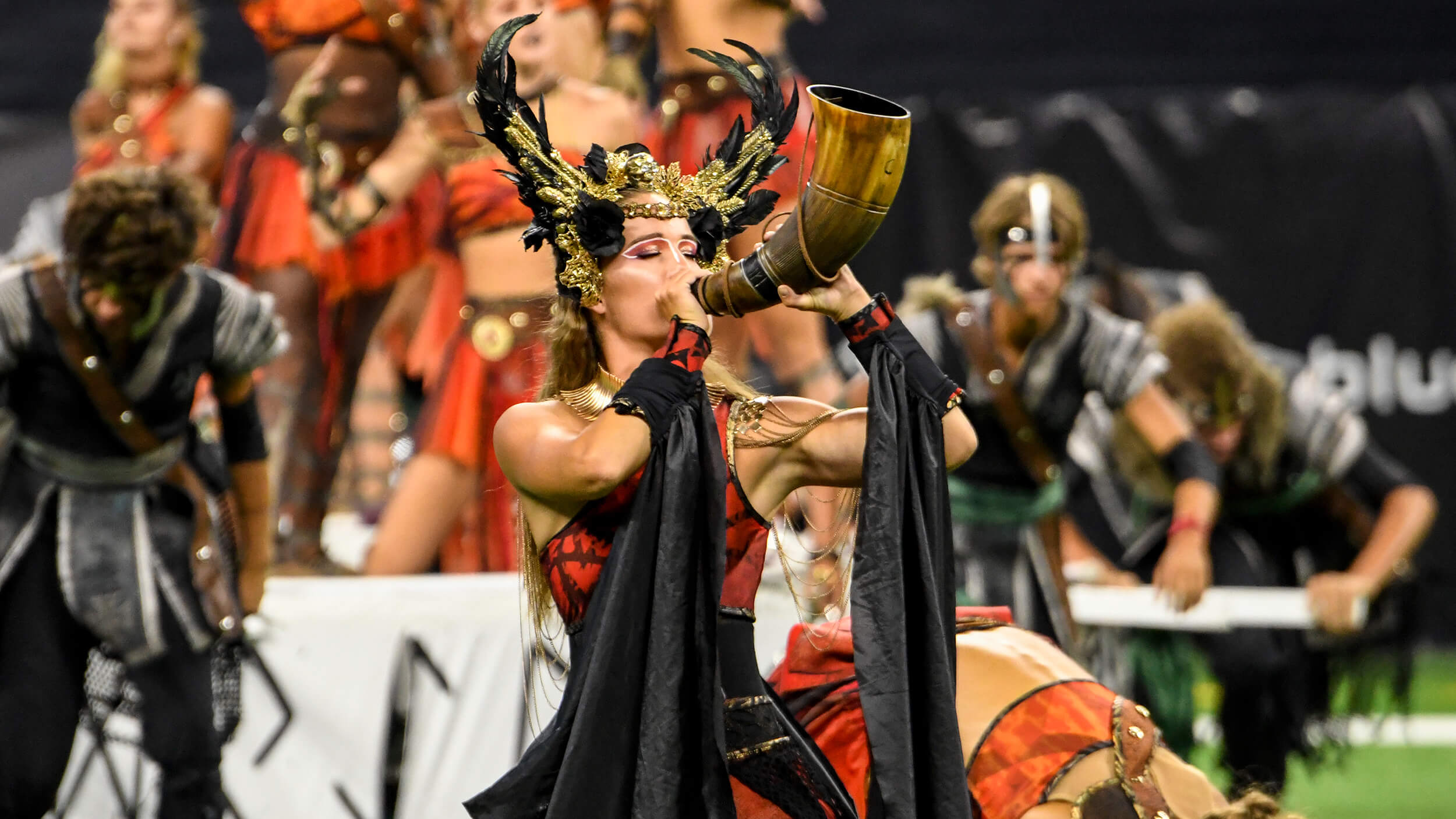 Learn how you can sponsor a meal for 7th Regiment this summer.

Are you looking to add some vibraphones to your marching ensemble? The Academy has a few Majestic vibraphones for sale at $800 off.

Blue Devils has professional euphonium hybrids for sale. The instruments were used for two seasons, have a reduced weight and length, and come with graduated tuning slide marks.

The first audition of the Rhythm in BLUE SoundSport team, open to all brass, color guard, drum set, and auxiliary percussionists ages 18 and older, attracted prospective members from each of the past four decades. The next open audition camp will be held May 2 in Orrville, Ohio.

The Boston Crusaders Board of Directors has launched an unprecedented $1 million capital campaign for the corps’ 80th anniversary this year. Among the beneficiaries of the campaign will be a fleet overhaul and much needed repairs to the corps’ headquarters building.

The Cadets are now operating as an independent not-for-profit organization. Read how and why. In addition, hear what the corps’ executive team has to say about the future of the organization during a live webinar on Thursday, February 20.

Golden Empire still has openings in all brass sections and color guard.

The Impulse Brewpub wine and spirits fundraiser is coming up on February 22 in Anaheim, California.

The final color guard auditions for Legends will be held the weekend of April 24-26 in the Kalamazoo, Michigan area.

Les Stentors is looking for youth 13-18 years of age to be a part of this year’s corps, which is traveling to Las Vegas, the Grand Canyon, and other locations out west this summer.

Louisiana Stars has openings in all sections. A brass and percussion rehearsal camp will be held February 28 to March 1 in Lafayette, Louisiana, and color guard auditionees may arrange for a video audition.

Mandarins is hosting its first-ever DCI Tour event on June 21 in Sacramento, California. A special tribute will be paid to famed brass arranger Jim Ott, who passed away 40 years ago this summer.

Music City has a rehearsal camp for brass and percussion in Nashville, Tennessee February 14-16. Here are the requirements to join.

Pacific Crest is hosting an educational clinic for snare and tenor drummers at Lone Star Percussion March 1 in Fullerton, California.

This week Raiders revealed the title of the corps' 2020 production in addition to a list of artists they will draw the repertoire from.

Santa Clara Vanguard would like to hear from talented photographers and/or videographers for its 2020 media team.

Seattle Cascades is hosting an audition camp for brass and percussion February 21 in the Seattle, Washington area.

Shadow has openings for brass players and color guard members and will be holding an audition camp February 14-16 in Oregon, Wisconsin. Membership is open to graduating high school seniors and younger.

Southwind is seeking low brass specialists to serve as baritone and tuba staff members/interns for 2020 spring rehearsal camps and the corps' summer tour.

Maine and New Hampshire residents may vote for Spartans to receive a $5,000 grant from the Bangor Credit Union.

Spirit of Atlanta’s Run for the Delta 5K event will be held June 13 in Norcross, Georgia.

Troopers has employment opportunities for drivers, merchandise interns, and a volunteer coordinator. The corps is also recruiting tuba players, who are encouraged to show up at the corps’ audition camp February 21-23 in Mesquite, Texas.

It takes a lot of volunteers to keep things running at the DCI West show on June 20 in Stanford, California, co-hosted by Vanguard Music and Performing Arts and Blue Devils Performing Arts. See how you can help by covering one of the many open positions for this prestigious DCI Tour event.

Positions are available in all Watchmen sections, including drum major.