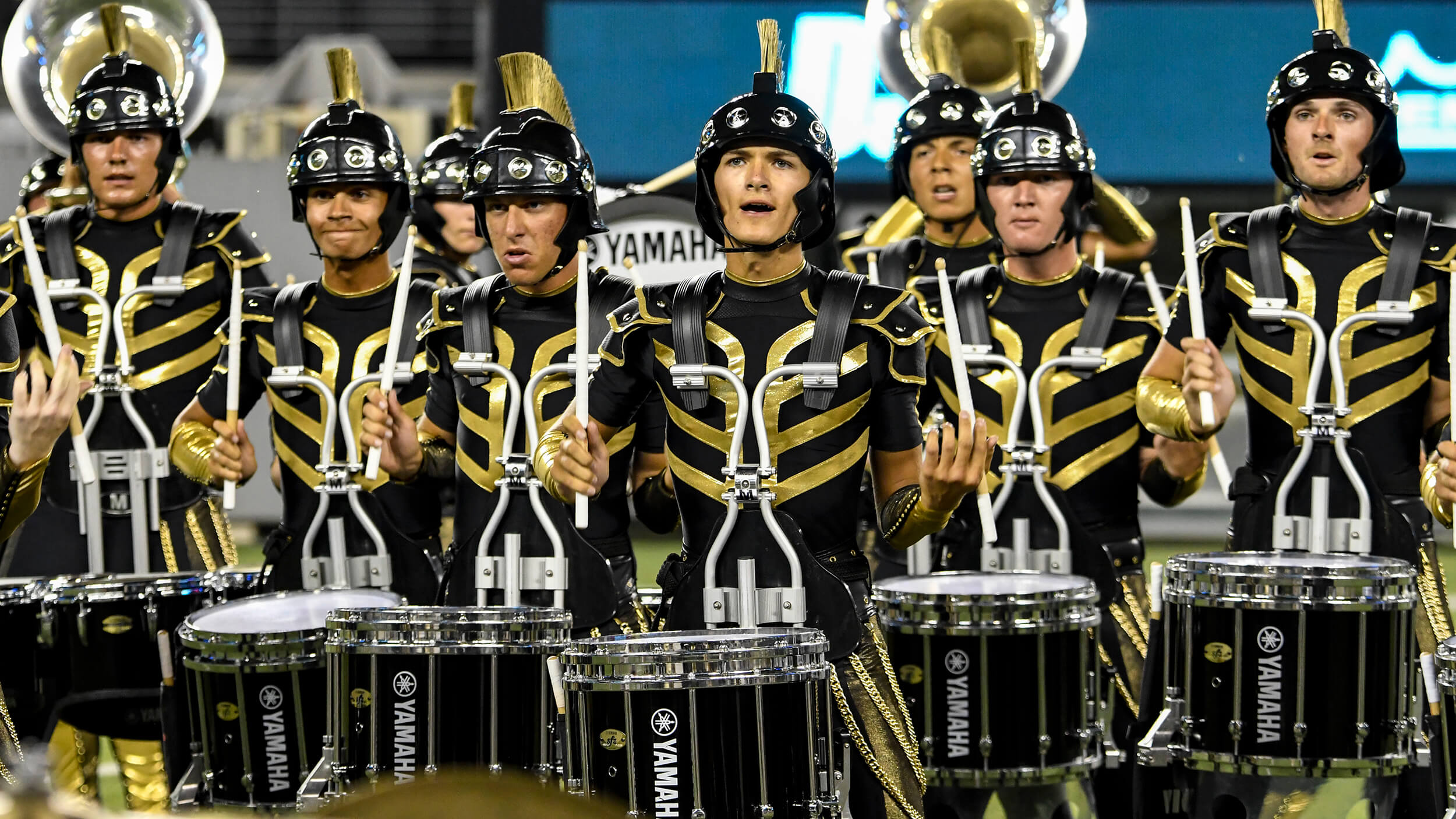 • An inside look at Boston's recent San Antonio rehearsal
• Colts work hand in hand with middle school musicians
• Surf sweats it out in the pool at February camp
• And more!

7th Regiment will have an information table at the WGI regional event in South Brunswick, New Jersey, the weekend of February 22-23.

The Academy’s Mapex Quantum snare drums are available for sale at a discount.

"Devils Food," Blue Devils’ mobile kitchen that has traveled more than 400,000 miles over the past 30 years, is due to be retired. See how you can help fund the new and improved food service trailer.

Tickets are still available for the Blue Devils Performing Arts Crab Feed Fundraiser at the Centre Concord Event Center in Concord, California the evening of February 29. Besides lots of great food, music, dancing, and a silent auction and raffle, all proceeds benefit Blue Devils B and Blue Devils C.

Blue Knights has many opportunities for alumni who wish to get more involved with the various activities of the corps.

Blue Stars has an opening for a talented baritone player.

The Bluecoats brass podcast debuts on February 24. New episodes from the corps’ brass staff will be released every other Monday. The podcast trailer is available for listening now.

On February 15, members of Colts’ staff worked with a local middle school band where the corps was holding a weekend rehearsal camp. After a clinic session helping the band prepare for an upcoming concert and contest, members of the band watched the corps rehearse in preparation for the 2020 summer season.

Columbians’ Brass and Brews event is rapidly coming up on February 29 at the Uptown Theatre in Richland, Washington. Attendees will enjoy products of more than 10 local breweries, cider houses, and distilleries, a silent auction, live music, and more.

The second Gold brass experience camp will be held the weekend of February 22-23 at Valhalla High School in El Cajon, California. Some brass positions are still available. Video auditions are still being accepted for brass and color guard.

Golden Empire has openings in its brass line and color guard.

While Heat Wave has openings in all sections, the corps has a particular need for trumpet and mellophone players. The brass section will be meeting February 23-23 in Kissimmee, Florida. Those unable to attend may submit a video audition.

Jersey Surf members got into the pool during their recent rehearsal camp as part of their #GetWetGetFit physical training program.

Legends is holding brass auditions February 21-23 in Kalamazoo, Michigan. Limited positions are available in all sections.

Mandarins has a few baritone/euphonium spots open for the corps' 2020 season.

The Behind the Scenes with Pacific Crest event will be held May 30 at Diamond Bar (California) High School. Ticket details will be announced at a later date, but last year’s event included dinner, a Q&A session, raffle prizes and a live auction, and a performance by the corps.

Raiders has a few open brass spots available, and will be holding color guard auditions in the Philadelphia area April 24-26. The corps has a rehearsal camp for brass and percussion February 21-23 at Salem High School in Salem, New Jersey.

River City Rhythm is seeking seasoned instructional staff for its percussion and visual captions, as well as support staff for food service and merchandise sales.

Vanguard Music and Performing Arts is seeking commercial and non-commercial drivers for the summer tours of both Santa Clara Vanguard and the Vanguard Cadets.

Seattle Cascades is now accepting video auditions for all sections. For those brass and percussion who wish to audition in person, the corps will be holding a weekend rehearsal camp February 21-23 at Chinook Middle School in SeaTac, Washington.

Southwind has openings in the following selections: trumpet, baritone/euphonium, tenor drum, front ensemble, and color guard. The next audition camp for percussion and brass is the weekend of March 13-15, with guard not reporting until the weekend of April 24-26.

G2 Performance, creator of engineered apparel for marching athletes, has extended its prior three years of sponsorship of Spirit of Atlanta through the 2021 season.

Nominations for the Troopers Hall of Fame are due by March 31.

Watchmen has openings in brass and the percussion front ensemble. The final chance to audition for these spots is March 15 at Bloomington High School in Bloomington, California.