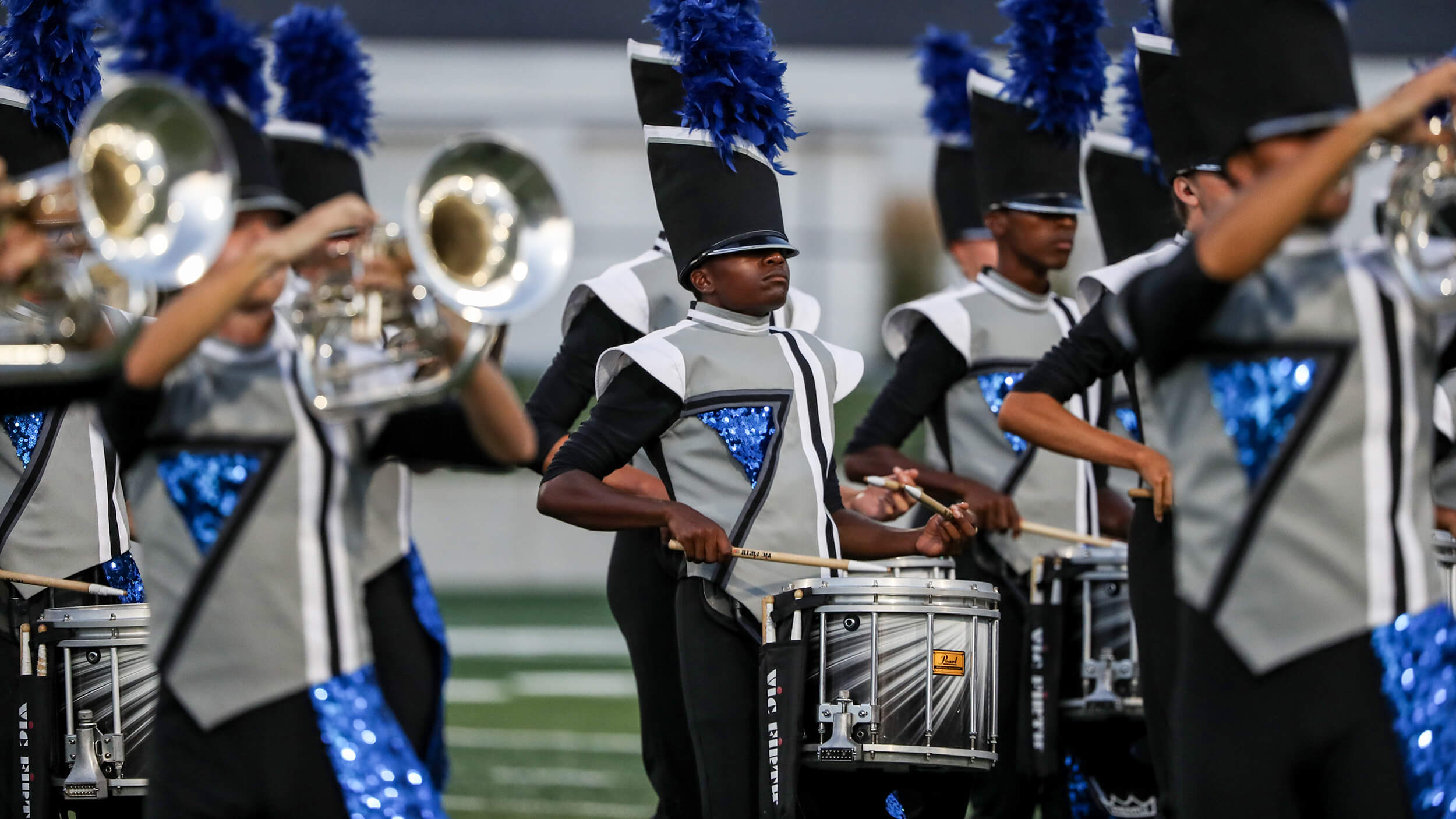 7th Regiment revelaed the title and repertoire selections of the corps' 2020 production, “Finding and Believing.”

Take a look back at The Academy’s February rehearsal camp in this video.

Due to concerns about COVID-19, The Battalion’s March brass rehearsal has been cancelled.

If you were planning on going to the Dublin, California St. Patrick’s Day parade to see Blue Devils C on March 14, please know the event and the city’s entire St. Patrick’s Day Celebration has been cancelled due to COVID-19 concerns.

Take a listen to Blue Stars’ brass line working on its double-tonguing exercise, “Attila,” at the line’s recent brass rehearsal camp in Indianapolis.

With New Jersey having declared a COVID-19 state of emergency, The Cadets have cancelled the March 13-15 brass training camp that was scheduled to be held in Salem, New Jersey.

Carolina Crown has cancelled its brass rehearsal camp that was scheduled to be held March 20-22 in Fort Mill, South Carolina. This is due to concern for the safety of all attendees during the COVID-19 crisis.

As a result of the evolving concerns over the COVID-19 virus, The Cavaliers, in consultation with the corps’ management and medical group, have decided to cancel the March 13-15 brass rehearsal camp originally scheduled to be held in Rosemont, Illinois.

In light of recent COVID-19 concerns and the fact that the local South by Southwest music festival has been canceled, the Genesis administrative team has decided it is appropriate to cancel the corps’ previously scheduled March 13-15 rehearsal camp.

The Gold Brass Experience 3 camp, originally scheduled for the weekend of March 21-22 at Northview High School in Covina, California, has been cancelled.

The Heat Wave brass rehearsal camp scheduled for March 14-15 at Champions World Resort in Kissimmee, Florida has been cancelled due to recent developments with the COVID-19 virus.

Jersey Surf has a unique plan to deal with the latest COVID-19 concerns, moving it’s March 13-15 brass rehearsal weekend to a “virtual camp” plan. According to program coordinator Tom Kershaw, the Surf instructional team created this plan in the event of inclement weather or other circumstances which would prevent a traditional rehearsal weekend.

Catch up what’s been going on with Les Stentors with this video from a recent rehearsal.

Louisiana Stars has decided to cancel its March 21-22 rehearsal weekend in DeRidder, Louisiana due to concerns keeping its members and staff safe during the COVID-19 outbreak.

Madison Scouts has decided to cancel its March 27-29 brass rehearsal due to COVID-19 concerns.

Mandarins has cancelled its drum corps rehearsal camp scheduled for later this month in Sacramento, California. The school district where the camp was to be held has closed its schools for a week and it is unknown yet if the schools will be open by then.

Due to the return of the California State Band Championships as a sponsor of the Pacific Crest Outreach Program, 100 students will be able to attend the Drums at the Rose Bowl DCI competition free of charge.

Phantom Regiment has announced the cancellation of its March 27-29 brass camp in Beloit, Wisconsin, due to concern for the safety of its members, staff, and volunteers during the COVID-19 outbreak.

In consideration of recent COVID-19 developments, Raiders is replacing its March 20-22 rehearsal weekend with a "virtual camp" during the same dates.

Learn about Andrew Launier, Lizzie Rivera, and Aaron Bouhard, Santa Clara Vanguard’s three drum majors for the 2020 season. “Watching Andrew, Lizzie, and Aaron work together has been nothing short of inspiring. They are always on task, always looking for ways to serve their membership at the highest level, and truly showing themselves to be leaders in every sense of the word,” said corps director Ivan De La Cruz.

All Vessel rehearsals are postponed until further notice. Read the letter from the Los Angeles Youth Arts Organization explaining how it is dealing with the COVID-19 outbreak.