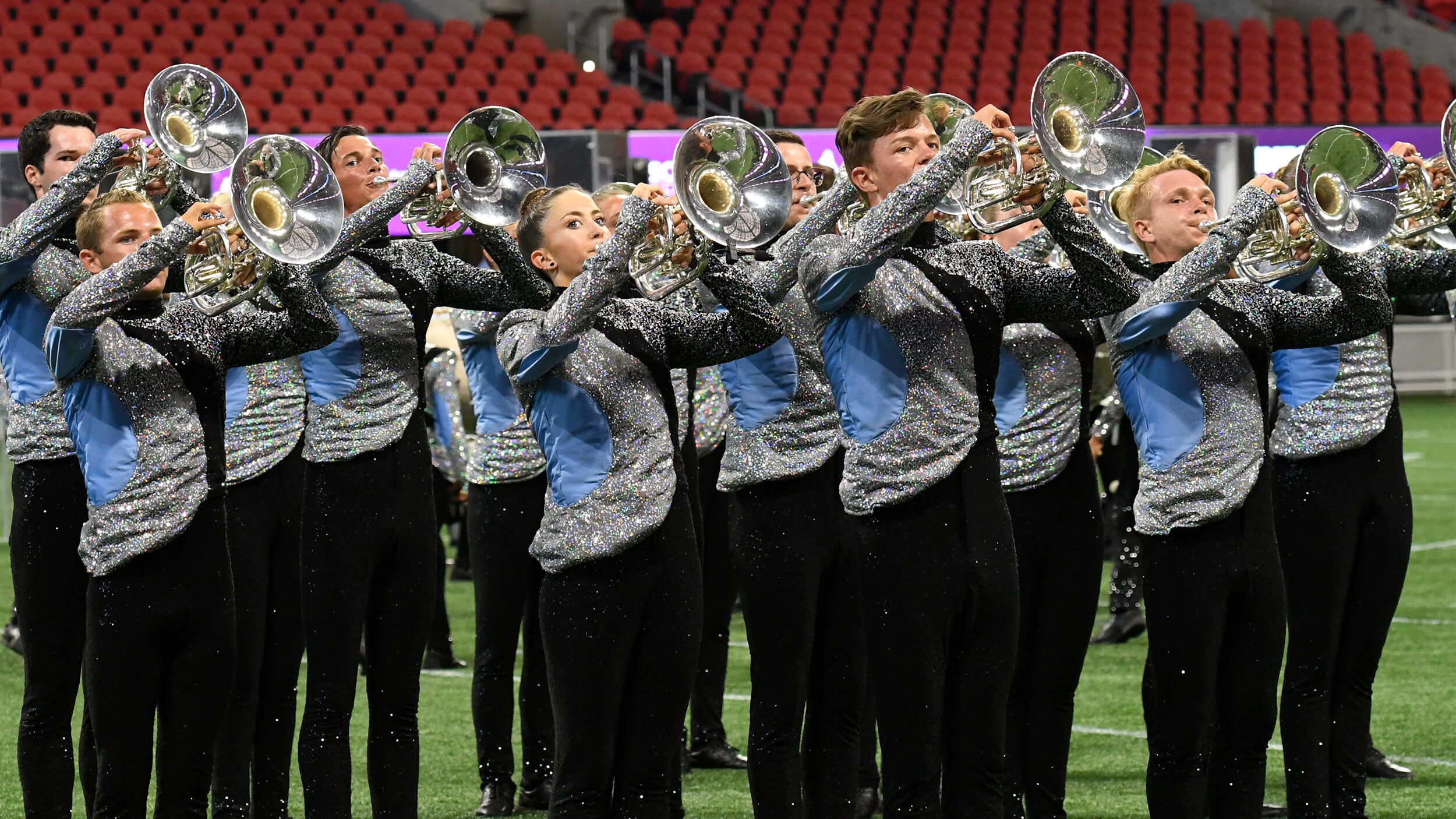 Don't miss 7th Regiment in this throwback video of the corps' 2017 DrumLine Battle entry at the DCI World Championships.

The Battalion will be featured on June 2 as part of the DCI Summer of Learning at MarchingArtsEducation.com.

Blue Devils are mourning the loss of David Dugan who served as the very first drum major of the Concord, California corps.

With a surplus of food and supplies that will go unused during the summer of 2020, the Blue Stars recently made another donation to the Salvation Army of La Crosse County.

Bluecoats kicked off a new fundraising campaign that gives donors the opportunity to receive a commemorative helmet as a thank you.

Cadets percussion head Tom Aungst hosted a live panel discussion about front ensembles of the 1990s and 2000s with a well-known group of special guests.

The Carolina Crown Hall of Fame Class of 2020 has been narrowed down to these seven finalists.

The Cavaliers' limited-edition "We Are the Corps" T-shirt will only be available until May 31.

In recognition of Memorial Day, the Colts put out this virtual horn line performance of the national anthem.

The Crossmen Alumni Association will host a live virtual history night coming up on Saturday, June 13.

Genesis called out member Becca McGarity for some catalog modeling she did for Band Shoppe.

Gold is continuing to spotlight the members of the corps who represent the graduating senior Class of 2020.

It's a little over two weeks until Heat Wave kicks off its summer series of virtual educational clinics.

Impulse kicked off a new series of virtual watch parties, this past week focusing in on the corps' inaugural 1999 season.

Though not in action this past weekend, Louisiana Stars took the opportunity to look back at the corps' 2019 Memorial Day weekend rehearsal camp.

Madison Scouts will be part of an upcoming educational series, the DCI Summer of Learning, presented by Marching Arts Education.

Even without a season ahead, Music City is keeping things light with this virtual white board for May 23.

Phantom Regiment's leadership recently hosted a virtual "state of the organization" webinar. Here's how to catch the replay.

The River City Rhythm Summer Academy will give brass, color guard and percussion performers the opportunity to learn from the Minnesota corps' team of educators in a virtual setting.

Shadow made a special dedication of this virtual horn line video performance of the overture to "Dancer in the Dark."

Southwind shared memories this week of the corps' 1994 baseball-themed production.

Members of the 2020 Spartans performed "Fire of Eternal Glory" in this virtual horn line video.

The Troopers Alumni Corps is organizing "Spin One, Spin All," a virtual color guard event open to performers of all corps and all ages.