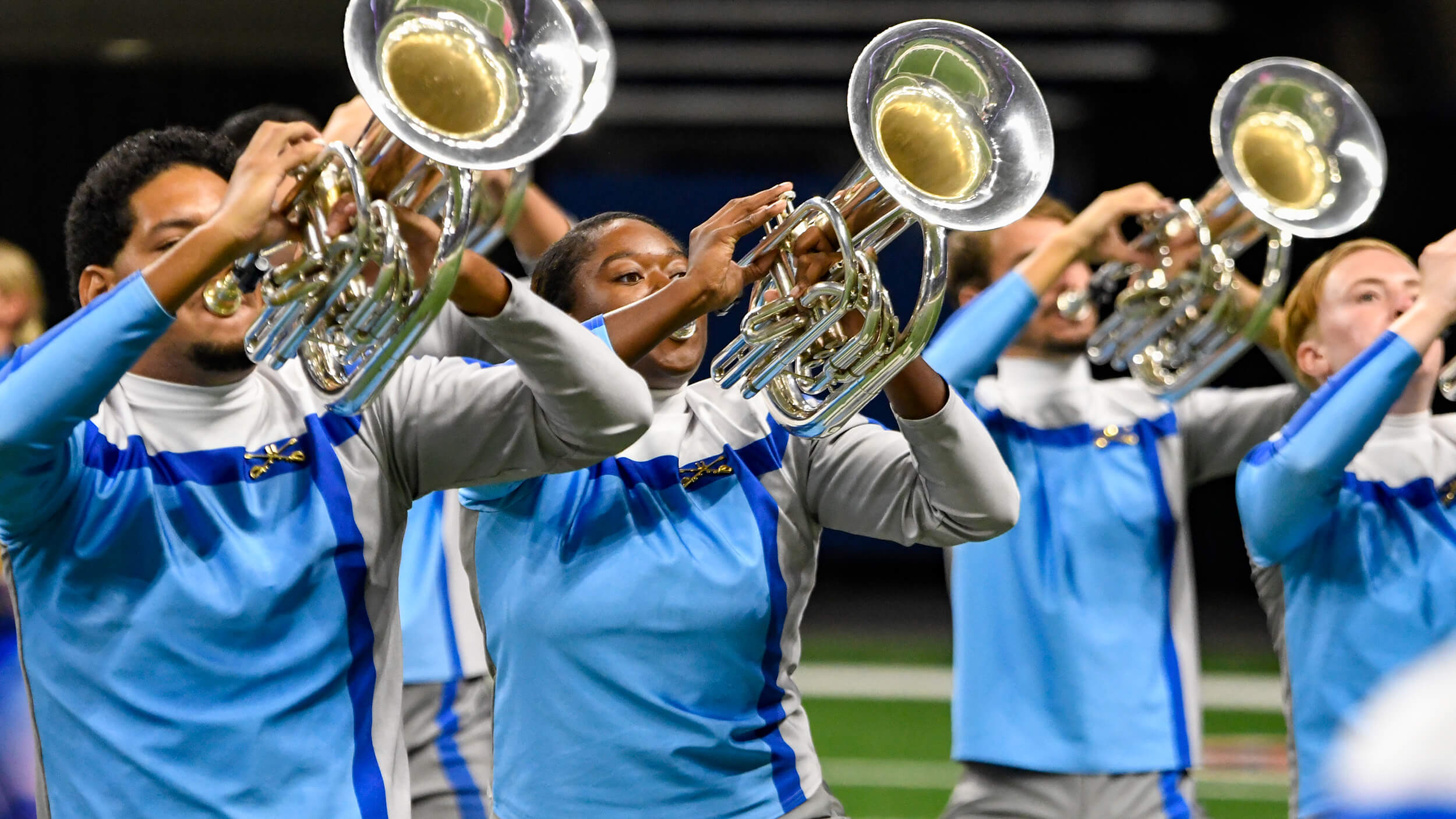 Don’t miss the replay of these Battalion educational sessions, presented as part of the DCI Summer of Learning by Marching Arts Education.

Blue Devils recently released the first in a multi-album collaboration with Extreme Music to bring drum corps and marching band sounds to film and television. “This album is one of many in this partnership that are targeted to fill a void in authentic marching arts music available for the industry,” said BD Performing Arts CEO Shaun Gallant.

Prefacing an online history night for corps members, Blue Knights released this touching video about why they refer to the Denver corps as their “home.”

Blue Stars were featured this week as part of the DCI Summer of Learning series presented by Marching Arts Education.

Boston Crusaders postponed their virtual Concert in the Park event to “focus attention on the important community and national conversations around systemic racism, injustice, and abuses of power that Black Americans have faced.”

The Cadets participated in several sessions this week as part of the DCI Summer of Learning presented by Marching Arts Education.

The Cavaliers’ new “Cav-A-Gram” is your chance to get or give a shout-out on the corps’ social media platforms.

Crossmen will celebrate the 45-year history of the organization with an online event this Saturday, June 13, that shares “stories, video clips of our greatest performances, and behind-the-scenes photos of the Crossmen experience!”

This week Genesis held a question and answer educational session on how to become and succeed as a marching music instructor.

Impulse will host a panel discussion on the corps’ 2002 production, “Lucy! We're Home,” during a Facebook Live video on Saturday, June 13 at 6 p.m. PT.

Don’t miss the replay of these educational sessions with Jersey Surf staff members that are part of the DCI Summer of Learning presented by Marching Arts Education.

Congressman Ami Bera recently stopped by the Mandarins Music Center to see how the organization is supporting the local community as part of California’s Great Plates Delivered program.

Music City music designer CJ Barrow describes his job with the corps in this recently-posted video.

Even without a summer tour ahead, Regiment color guard members are shown keeping up their skills in this virtual dance video.

Two new pieces, one for percussion and one for vocalists, are next up in River City Rhythm’s Distant Harmonies virtual ensemble project. Here’s how you can get involved.

Seattle Cascades will hold its next online rehearsal camp, a free event open to all band directors and performers, on Saturday, June 27.

Attention percussionists, the next videos in Southwind’s educational series have been posted.

Troopers celebrated the legacy of corps founder Jim Jones with the virtual performance of a brand-new arrangement of “Battle Hymn of the Republic.”

Watchmen tour manager Michael Nash is auctioning off custom artwork as a fundraiser for the organization. All bids on his latest creation should be made by June 15.