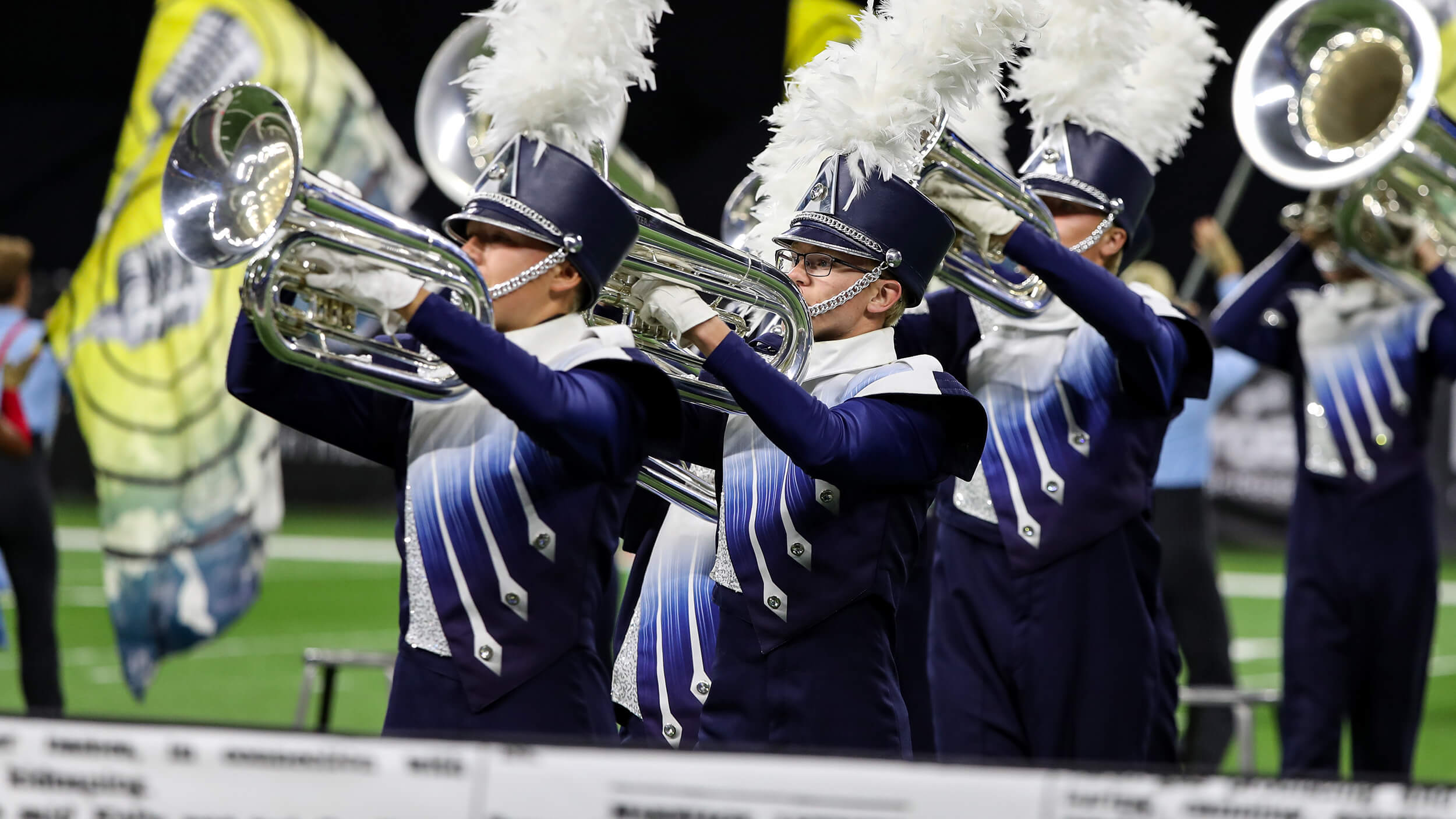 Even without a season ahead, The Academy is still holding its 2020 National Tour Raffle drawing.

Blue Devils' System Blue is the presenting sponsor of the DCI Performers Showcase, which will transform in 2020 as a virtual solo and ensemble competition. Registration is now open.

Blue Knights is hosting a virtual 5K run with registration open until July 12, coincing with what would have been the orgnaization's Drums Along the Rockies event.

A Blue Stars color guard alum was recently featured on a celebrity edition of the "Family Feud" game show.

In the latest episode of the Bluecoats Brass Podcast, host Bob Chreste talks with Ricardo Brown, Bryen Warfield and Richard Alvarado about their drum corps experiences as black marching members and staff.

Boston Crusaders head back to the lot in this throwback video of the corps' warm-up before the 2019 DCI Tour Premiere in Detroit.

DCI Hall of Fame members Michael Klesch and Thom Hannum will be among the presenters of Carolina Crown's next educational webinar, "Crown Music Ensemble Techniques," on Wednesday, June 24.

The Cavaliers posted a video of the 2020 corps performing "Somewhere Over the Rainbow."

Meet the members of the Colts Hall of Fame Class of 2020.

This past weekend Crossmen hosted a bevy of special guests on a more than four-hour long webcast tracing the history of the organization that has raised more than $80,000.

It was seven years ago that Genesis took home a win in the very first of DCI's DrumLine Battle competitions.

Gold is celebrating Pride Month with the release of a number of new T-shirts.

Impulse's next watch party event on Saturday, June 20, will bring a panel of former members and staff together to talk about the corps' 2003 "Pure Imagination" production.

Louisiana Stars is spreading the word about the 2020 DCI Performers Showcase individual and ensemble competition which will take place in a virtual format this summer.

Mandarins threw it back this week to this video of the horn line performing at the organization's 2019 Family Day event.

Music City's Lynel Curd will be hosting the third in a series of virtual dance classes this Saturday, June 20.

Pacific Crest will be featured, Tuesday, June 23, as part of the DCI Summer of Learning educational webinar series presented by Marching Arts Education.

Members of River City Rhythm this week helped a WWII veteran celebrate his 100th birthday with a special concert. Jack Kathman became a fan of the corps in 2017 during their spring training rehearsals in his hometown.

Vanguard Music and Performing Arts has joined a growing consortium of California organizations that have commissioned two musical works by black American composers Kevin Day and Katahj Copley that will help tell the story of social injustice within the U.S.

The 2020 Spirit of Atlanta Virtual Tour will bring you countless performances this summer covering the history of the corps.

Never before released to the public, Troopers posted the documentary "Promised Land: Rise of the Troopers" in its entirety.