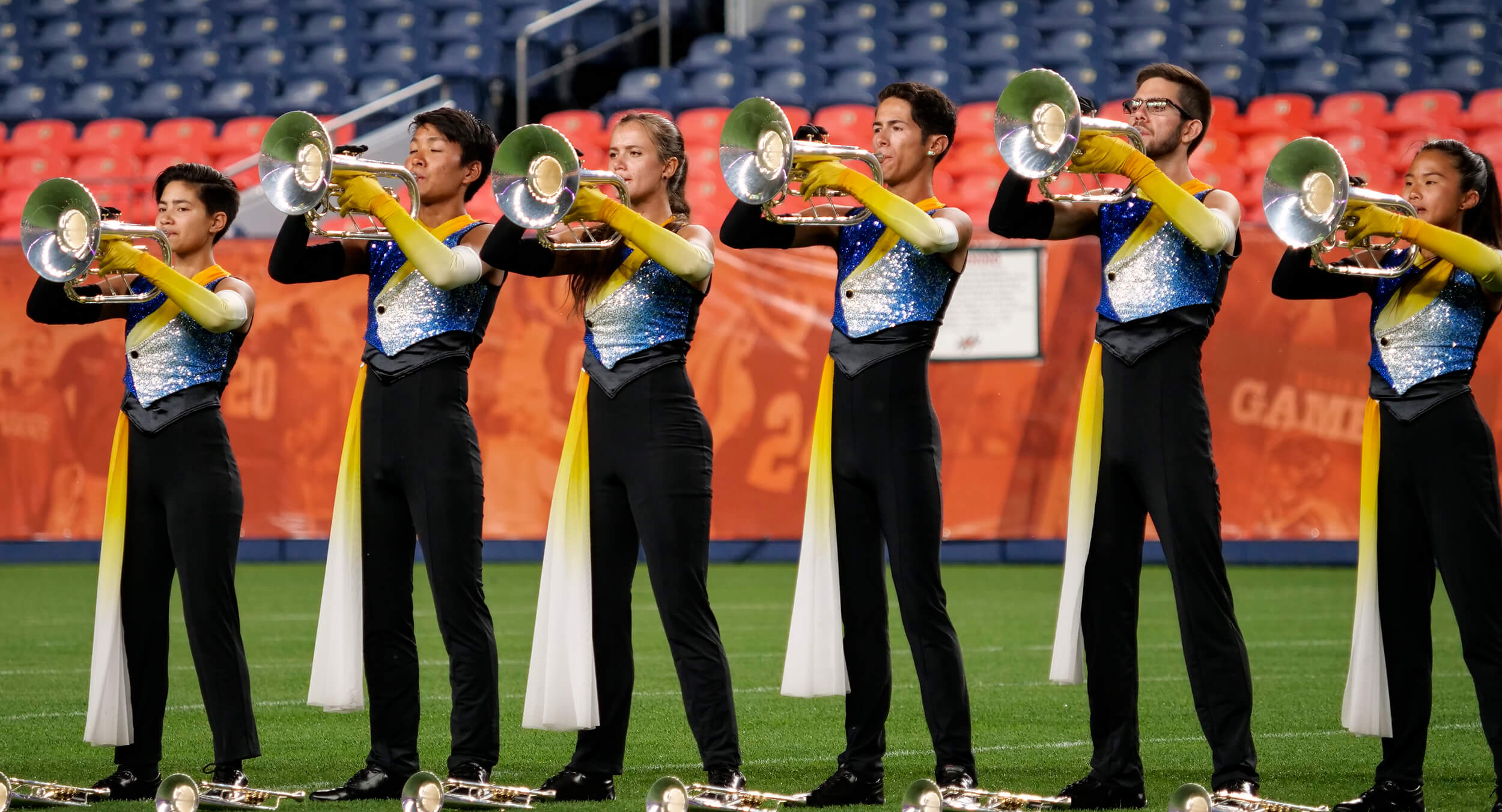 • Blue Devils horn line gets together to "Chase the Clouds Away"
• Academy commemorates first-ever performance
• Louisiana Stars' “Together, We Remember”
• And more!

7th Regiment participated this week in the DCI Summer of Learning presented by Marching Arts Education.

Prior to the formation of the drum corps, The Academy existed as a summertime brass and percussion ensemble. The group commemorated its very first public performance in this video from July 7, 2001.

The 2020 Blue Devils Brass section came together in a special virtual performance of “Chase the Clouds Away,” dedicated in memory of former brass arranger Jim Ott and the corps’ first drum major Dave Dugan. “I have always felt Clouds was as close as a corps song as we have at the Blue Devils,” brass caption head John Meehan said. “Having lost Dave this year, and knowing this would be the 40th anniversary of Jim’s passing, it felt like the perfect tribute piece.”

Blue Stars is cleaning out its warehouse with a number of items for sale. Check the corps' Facebook feed for available items.

It was just over five years ago that the Boston Crusaders took the stage at Tanglewood with the Boston Pops and Blue Devils.

The Cavaliers design team was featured this week in a series of educational sessions as part of the DCI Summer of Learning by Marching Arts Education.

Marking the 4th of July holiday, Colts posted a virtual performance of what would have been the corps’ parade tune this year.

Genesis posted a photo gallery of 4th of July memories from the corps’ summer tours of previous years.

Don’t miss out on any of Heat Wave’s upcoming virtual educational clinics in brass, color guard or percussion.

Impulse's next weekly watch party event on Saturday, July 11, will bring a panel of former members and staff together to talk about the corps' 2005 "Impulsibles" production.

This expertly-created charcuterie board appropriately celebrated what would have been Legends’ first performance of the 2020 season.

Louisiana Stars’ new “Together, We Remember” series “is an initiative to highlight the great memories we have made in our six years as a corps.” Check out the latest installments in the corps’ Facebook feed.

Madison is asking you to pick your favorite Scouts shows of all time as part of the corps' upcoming virtual Drums on Parade event.

This week Mandarins remembered DCI Hall of Fame member Jim Ott, who passed away 40 years ago, showcasing his arrangement of "Unchained Melody" that was commisioned by the corps in 1973.

Phantom Regiment's recently-released "Tribute Collection" T-shirts commemorate some of the corps' most notable productions of all time.

Raiders' next virtual rehearsal camp, open to anyone and everyone, will take place July 18 and 19.

Proceeds from the sale of Vanguard's Black Lives Matter patch will benefit the Vanguard Mosaic Scholarship and the ACLU of Northern California.

Southwind throws things back this week to 1981, and the origins of the corps.

Check out these photos from a year ago, when Spartans performed as part of some star-spangled festivities.

Spirit paid tribute this week to legendary brass arranger Jim Ott on the 40th anniversary of his passing.

Set to the soundtrack of the corps' 2014 performance of "America the Beautiful," Troopers challenged us to "rediscover love, compassion, and togetherness (even while separated)."

Vessel is shouting out all of its graduating high school seniors in posts throughout the corps’ Facebook feed.