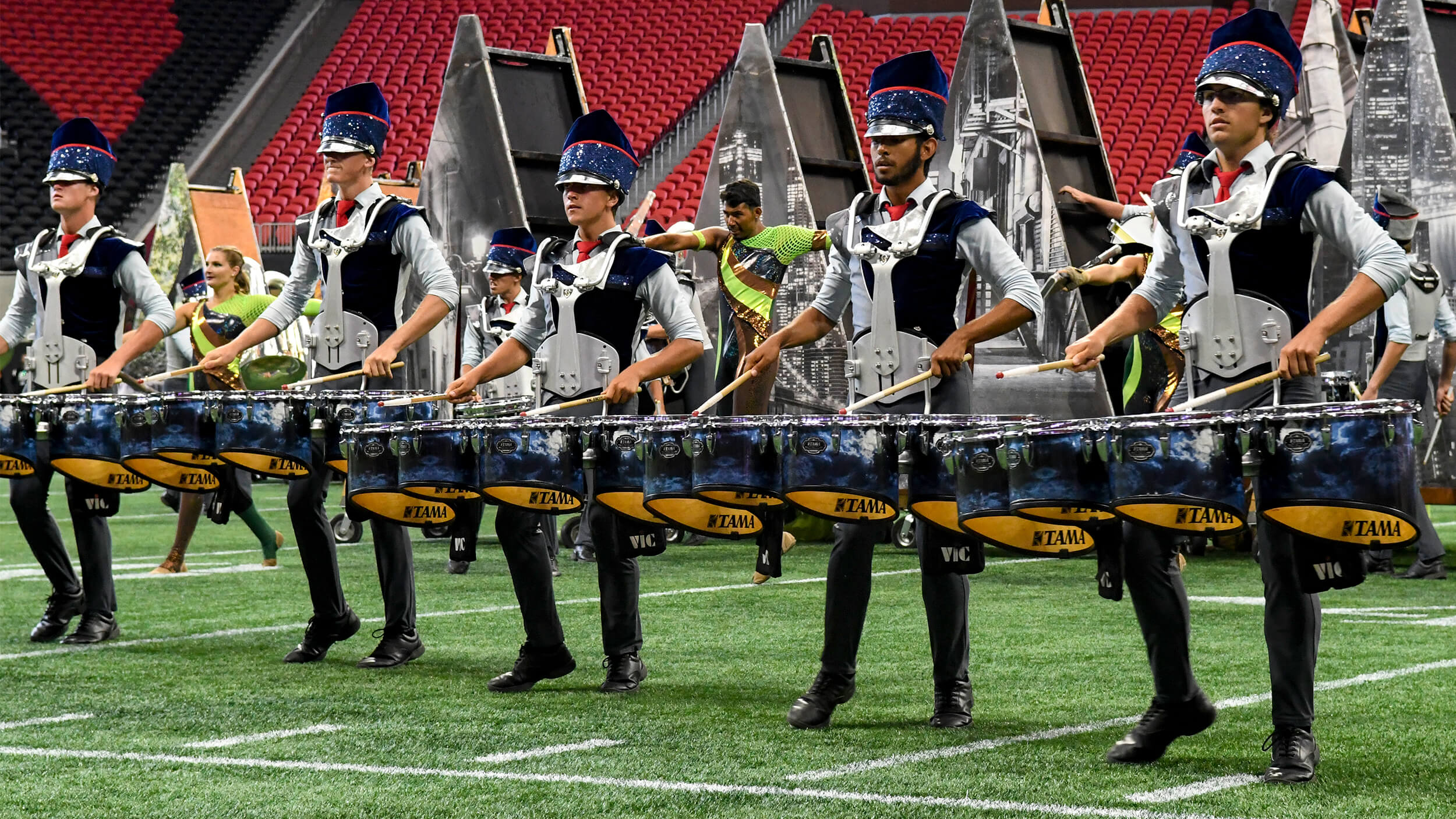 The Academy presented a number of educational sessions this week as part of the DCI Summer of Learning presented by Marching Arts Education.

You're invited to the BD Performing Arts Virtual Gala on August 1, which will culminate with a special, one-of-a-kind performance by the Blue Devils.

Gotta see this adorable pup, who just might be Blue Knights' #1 fan.

The latest in Blue Stars' series of educational sessions teaches you how to make your own virtual performance video.

One of the Bluecoats' most popular T-shirts of all time is coming back and available for pre-order. Just TILT your head to see which one it is.

Boston Crusaders' annual Concert in the Park event will go on in 2020 albeit in a virtual format.

Colts recently threw it back to the corps' 2017 bass drum line throwing down during spring training.

Members of the Crossmen horn line have been staying active all throughout the summer. In June corps members submitted individual recordings of the opener to the corps' 2016 production, "Continuum," which have been put together into this virtual performance.

Genesis executive chef Ben Allgood is teaching you how to cook some of the corps' favorite meals in a new video series.

One of Impulse's most recent watch party events brought together a panel of former members and staff to talk about the corps' 2006 World Championship-winning production.

This past week Drum Corps International rewinded to 2016 in San Antonio where Jersey Surf took on the Crossmen in one of the most popular DrumLine Battles of all time.

Since 2017, dance training has been a regular part of rehearsals for Stentors corps members.

Check out these photos from Louisiana Stars' very first season in 2014.

After hosting a successful online fundraising event, members of the 2020 Madison Scouts had a special message for donors.

It was mid-July 2018 that Music City headed to the headquarters of Mapex & Majestic Marching Percussion for a special performance.

Pacific Crest has been sponsoring the @marchingvlog All Star Drum Line who's been getting together in California to lay down some beats.

Phantom Regiment is partnerning with the Mask Source who will donate 10% of every sale to the corps.

If you like to sing, River City Rhythm is looking for vocalists for the next piece in the corps' Distant Harmonies virtual ensemble project.

Seattle Cascades will host its next educational e-camp on Saturday, July 25. A special guest presenter will be Dr. Tim Lautzenheiser, founder of Attitude Concepts for Today and vice president of education for Conn Selmer Inc.

Southwind turned back the clock this week to 2014, when the corps reemerged as part of Drum Corps International's SoundSport program.

The horn lines of Spirit of Atlanta and Crossmen will join forces for a special virtual performance live on Facebook, Friday, July 31.

With a goal of raising $58k by August 8, Troopers recently launched its new Seeds for the Future fundraising campaign.