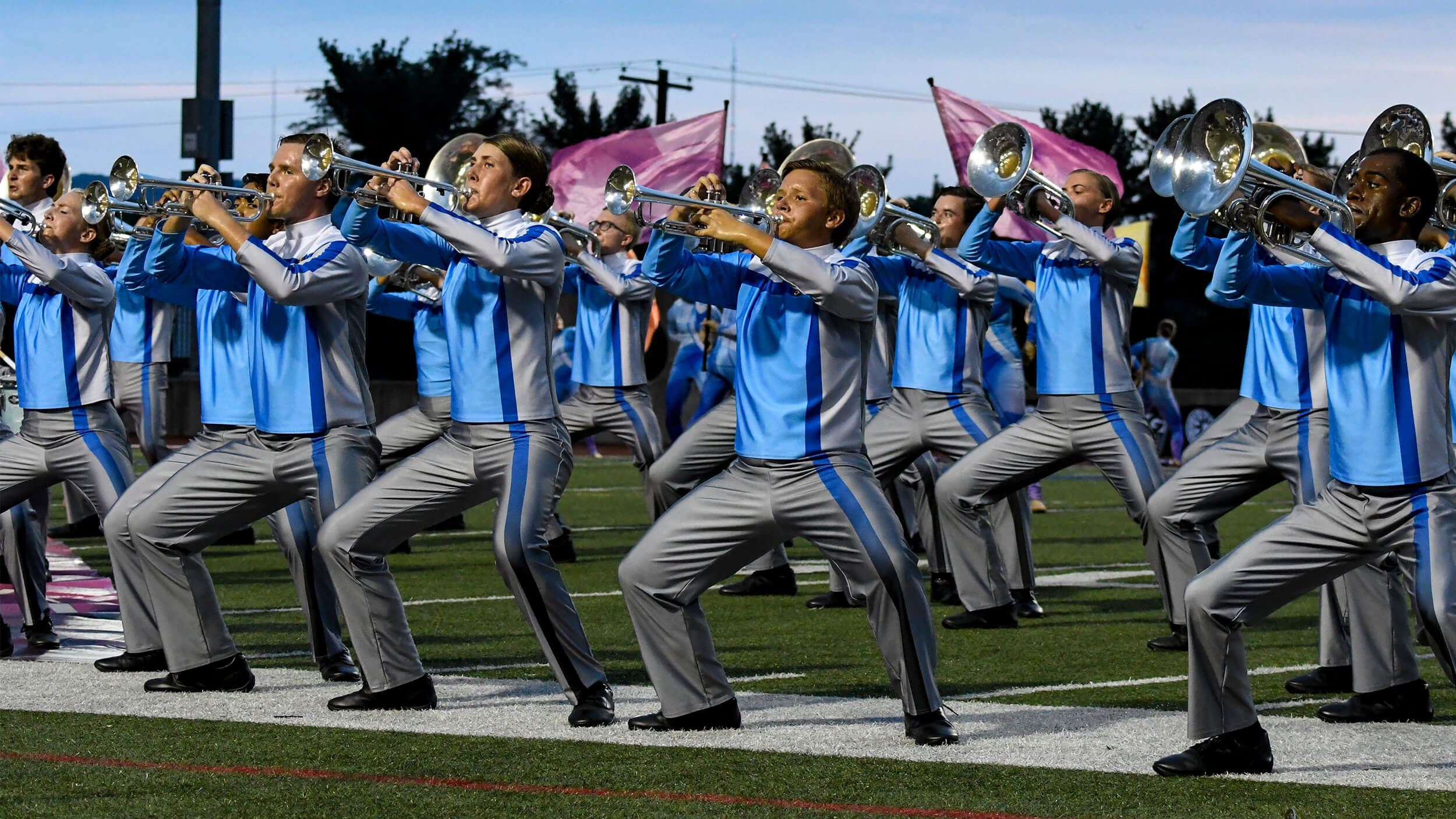 The Academy threw things back this week to the corps' 2000 production, "The Ascent."

Blue Devils posted the "Most Epic Bass Drum Video On The Internet."

Blue Knights shared an important message from the corps' drum majors over many decades.

Listen to the sweet sounds of Bluecoats' low brass section in this virtual performance video.

The annual Crusader Classic gold event is on for Friday, September 25 in Canterbury, New Hampshire.

A number of Cadets alums are now proud members of the U.S. Marine Drum & Bugle Corps.

This week The Cavaliers recognized the birthday of the late corps founder, Don Warren.

Colts have a number of "gently-used" Yamaha brass instruments for sale.

The latest video in the "Crossmen Live!" series includes the induction of the 2020 class of the Crossmen Hall of Fame.

Genesis featured a clip from the corps' standstill 2019 performance in Denver.

Did you know Golden Empire is part of the instrumental music curriculum at Bakersfield College in California?

One of Impulse's most recent watch party events brought together a panel of former members and staff to talk about the corps' 2010 production, "United."

Check out this Madison Scouts tuba player tickling the ivories.

Phantom Regiment recapped what the organization has been up to throughout the summer of 2020.

Troopers alum Victor Cardamone is a gold medal winner in the vocal category as part of the 2020 DCI Performers Showcase.