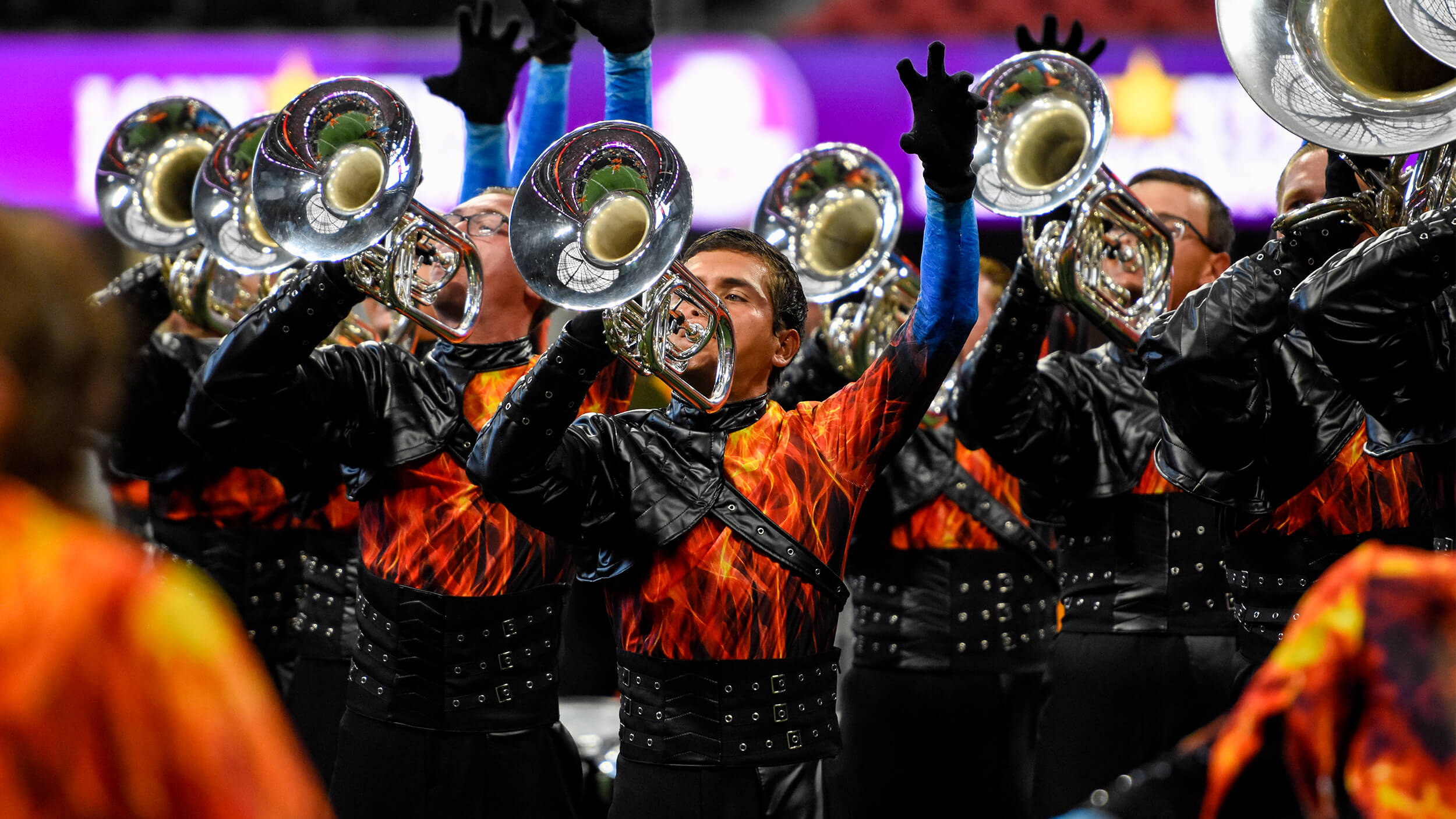 7th Regiment's online store will shut down for a short time this fall. Shop online by Sunday, September 6 to get your order in before the closure.

With a nod to Bach, The Academy threw things back this week to the corps' 2011 production, "(RE)."

The Blue Devils family is mourning the loss of former snare drummer and staff member Chris Slater. "Chris was a mentor and teacher to many, and a brother and friend to all," Blue Devils percussion direcctor Scott Johnson said. "His smile was warm and sincere, and his positive energy infectious. He will be dearly missed."

Blue Knights members are all smiles in this collection of photos.

The Canton, Ohio corps took the wraps off the all-new Bluecoats School of the Arts, a collection of live online learning events and on-demand educational content.

During monthly rehearsals that the corps has been hosting since June, The Cadets report that they are already learning the music to the corps' 2021 production via sectional and ensemble rehearsals conducted over Zoom video conference.

The Cavaliers are mourning the loss of alum Davey Tucker who the corps reports died this past Saturday in a car accident.

This off-season Colts director Vicki MacFarlane has served as the chair of the DCI MarchOn! Task Force, made up of a group of corps directors who have been meeting weekly to strategize and plan for a number of different scenarios for the return of drum corps in 2021 and beyond.

Gold took us back this week to the closer of the Open Class corps' 2018 "Through Our Eyes" production.

Here's how you can stay up to date on all of Heat Wave's upcoming eduactional clinics and events.

Impulse's next watch party event, Saturday, September 5, will bring together a panel of former members and staff to talk about the corps' 2013 production, "Crystal Celebration."

Jersey Surf shared some sky appreciation in this photo from the corps' 2016 tour in Florida.

After a successful summer debut, registration is now open for the fall semester of the Madison Scouts' MadU virtual education program. “The opportunity to be a part of the Madison Scouts and the MadU program has given me such an insight into many aspects of the marching arts," Scouts conductor Kameron Lannan said. "Our sessions and masterclasses have allowed me to analyze myself as a leader, as a conductor, and as a peer to my fellow Madison Scouts."

This week Mandarins continued to help feed the pilots and ground crews at the CAL FIRE AirTanker Base who are helping to fight the ongoing California wildfires.

Stay up to date on the next steps for River City Rhythm in 2021 by filling out this interest form.

Santa Clara Vanguard was in the news this week after two of the corps' equipment trailers were burglarized.

Spirit of Atlanta is mourning the loss this week of corps alum Davey Tucker who marched with the corps in 2008 and 2009.