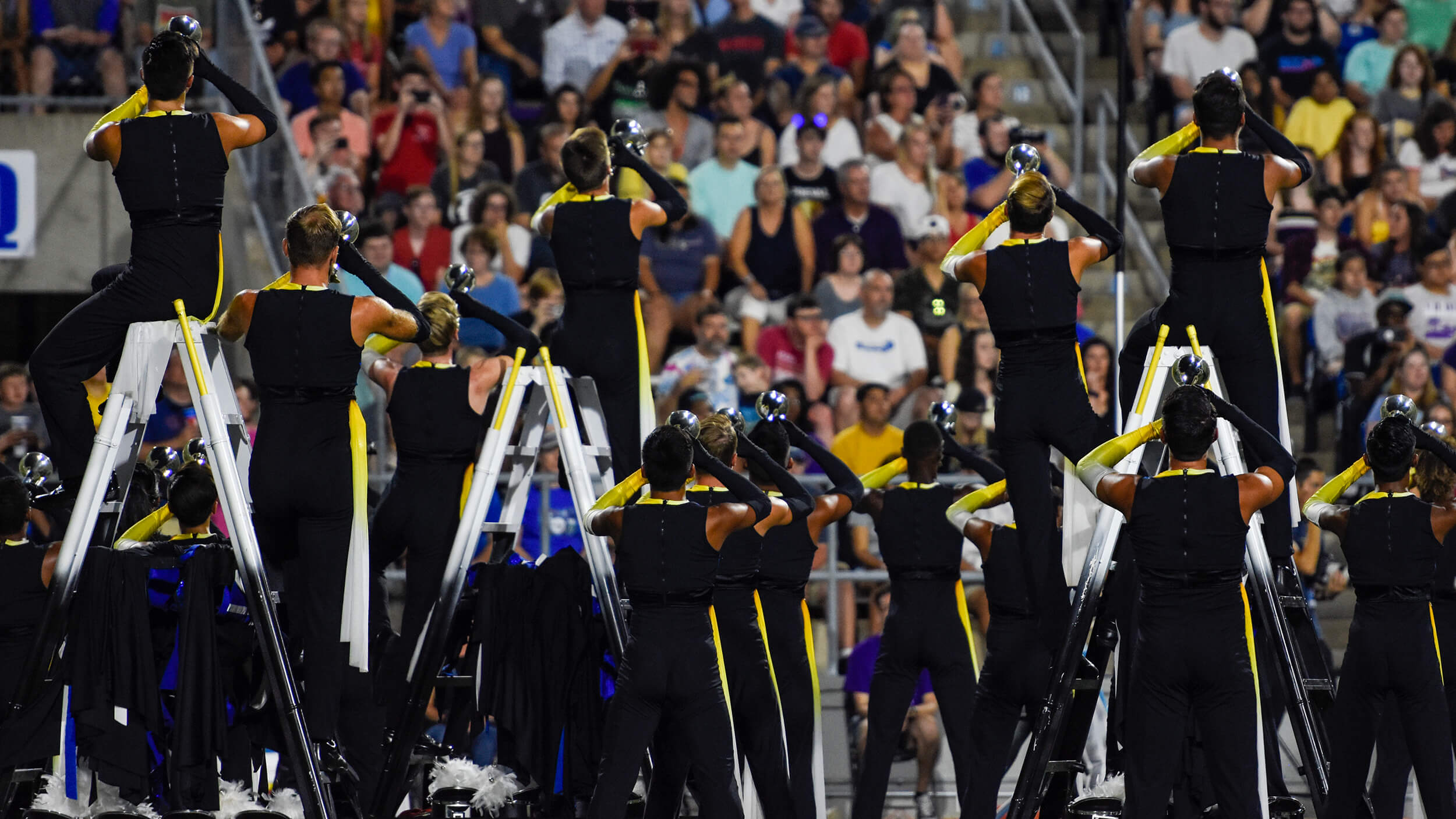 This week 7th Regiment launched the 7R Performing Arts Academy, a "virtual arts magnet school with webinars geared toward performers, established educators, and the next wave of marching educators."

The Academy will host a webinar on October 17 as the official launch of the corps' upcoming audition season.

Blue Devils organized a virtual alumni horn line with representatives from every year between 1970 and 2019 to perform a corps classic, "Like a Lover."

Sweater weather is here making for the perfect opportunity to bust out a brand-new Blue Knights hoodie.

Blue Stars launched a new virtual “So You Think You Can Move” contest, which will give individual marchers the opportunity to showcase their stuff based on prompted visual marching challenges. Winners in each competitive class can take home a $250 cash scholarship. Registration for the first round is open now with a deadline of October 12.

Bluecoats recently continued a longstanding tradition with the corps' membership hosting a virtual ceremony where performers received their 2020 "pennies." Typically strung on a necklace, pennies are issued to corps members for each year they march with the organization.

The board of directors of Inspire Music & Arts, the parent organization of the Boston Crusaders, recently held their annual off-site meeting to cover a range of topics.

The Cadets kicked off their annual year-end fundraising campaign dubbed, "The Final Push."

This week The Cavaliers re-issued a classic T-shirt from the corps' record-setting undefeated season in 2002.

Colts' collection of classic drum corps buttons has grown after a recent donation by a corps alum.

Registration for Genesis' FENIXperience is now open for those interested in getting involved with the Texas-based corps.

The latest Impulse watch party brought together a panel of former performers and staff members to talk about the corps' 2016 "Music Is...?" production.

Check out this video from the warm-up lot of the 2019 Mandarins' drum feature.

For those in the Los Angeles area, here's a way you can directly support Pacific Crest by shopping at the Citadel Outlets.

Voting is now open for the submissions to Phantom Regiment's poster design contest.

A fall-focused fundraiser at Swede Pickings apple orchard in Bay City, Wisconsin will benefit River City Rhythm on October 10 and 11.

The first installment of a new ongoing Santa Clara Vanguard feature explains a tradition of the corps' color guard section inspired by the musical, "The Wiz."

Ted Brown Music has been named the exclusive supplier of off-season instrument repairs and music supplies for the Seattle Cascades.

Registration is open for those interested in attending the Spirit of Atlanta virtual town hall meeting scheduled for October 15.