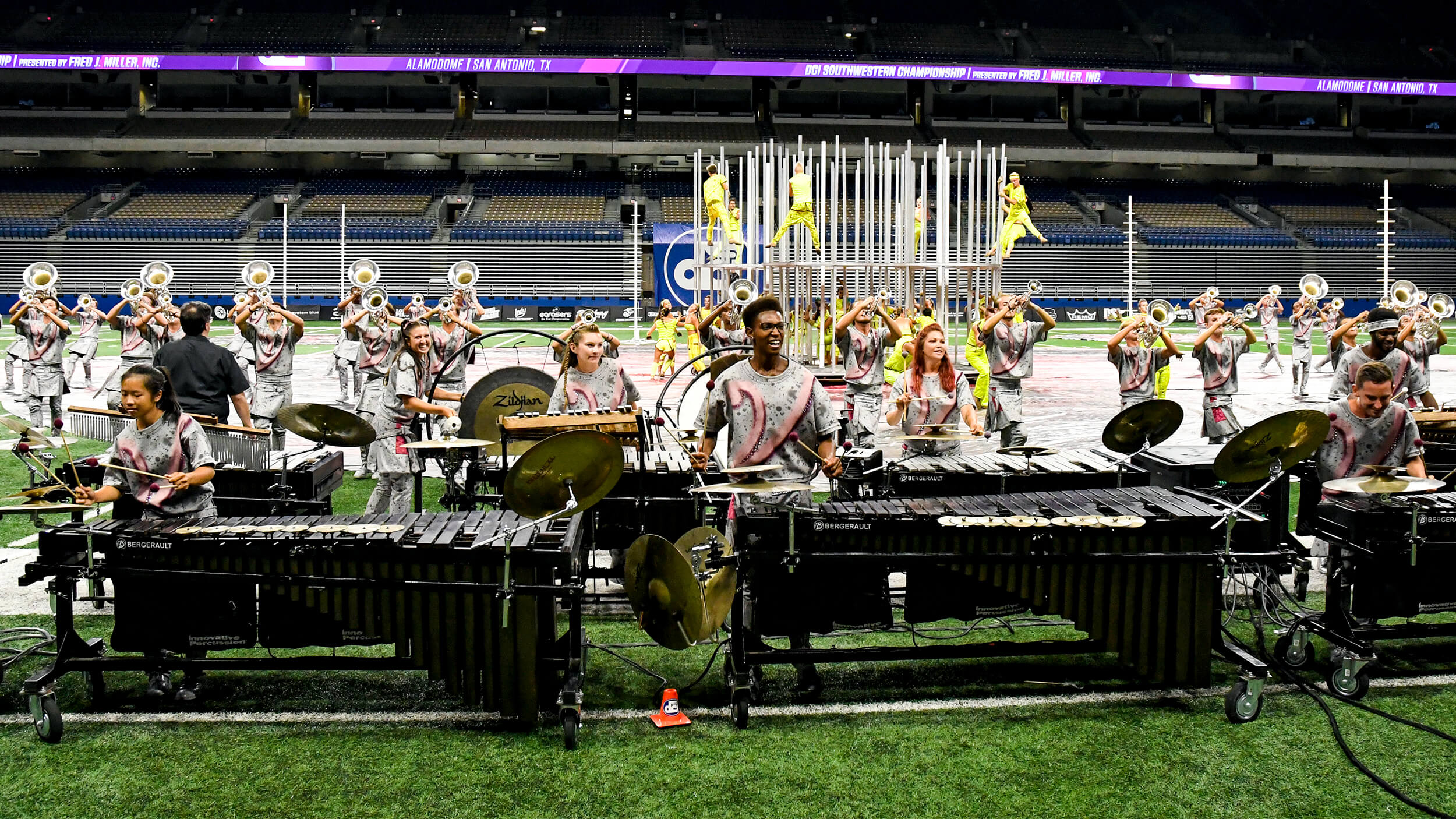 • Vanguard staff and alums take part in "Empowering Women Through Percussion" discussion
• Blue Devils encourages everyone to rock the vote
• Madison Scouts line up six hours of programming for "Walk On" telethon
• And more!

The Academy will host a free introductory webinar about the corps' audition process on Saturday, October 17 at 1 p.m. PT.

In the lead-up to Election Day, Blue Devils put out a PSA on the importance of everyone getting out to vote.

Never a member of the Blue Knights drum corps, Lisa Krider has followed a unique path to perform as part of the Denver organization.

If you're in need of the perfect Halloween getup, Bluecoats is selling costuming from the corps' last several years of productions at up to 70% off for a limited time only.

Don't miss this video of the Boston Crusaders horn line on dark mode in the lot.

Matthew Black is the newest addition to Crossmen's design staff in a newly-created position of sound and audio designer.

Be on the lookout for the next installment of Genesis' "Cookin' with Ben" on YouTube. Episode three of the ongoing series will teach you how to make the corps' buffalo chicken ranch pasta.

Using Esports as a unique fundraiser to help repair and replace instruments, Guardians will host its Halloween Rocket League Tournament on October 31 with a $15-per-player entry fee and a $100 cash prize on the line.

The final installment of Impulse's Facebook live watch parties will cover the corps' 2019 production with a panel of staff and corps members on Saturday, October 17.

The Madison Scouts Alumni Association will host “Walk On” a six-hour virtual fundraising telethon on Saturday, October 24, beginning at 5 p.m. CT. A goal of $83,000, as a nod to the corps’ 83rd year, will directly support scholarships for the Madison Scouts.

This week the Mandarins reached way back into the video archive, pulling this clip of the corps from the 1976 Precision West contest in Pleasant Hill, California.

Pacific Crest is participating in the Target Circle program. A vote for the corps can help direct Target's giving to the organization.

Head back to the lot with Phantom Regiment in this video from the corps' trip to Indianapolis for the 2017 DCI World Championships.

Seattle Cascades’ leadership recently wrapped up a virtual board meeting and retreat. “We spent the last two days refining our plans for the upcoming season and laying out the longer-term strategic goals for Northwest Youth Music Association and the Seattle Cascades,” the corps posted to Facebook.

Led by caption managers Manuel Ruiz and Roberto Morales, Troopers named the members of the corps’ 2021 color guard staff. "Each of these individuals bring a wealth of experience to the Troopers,” director Kristy Jackson said.