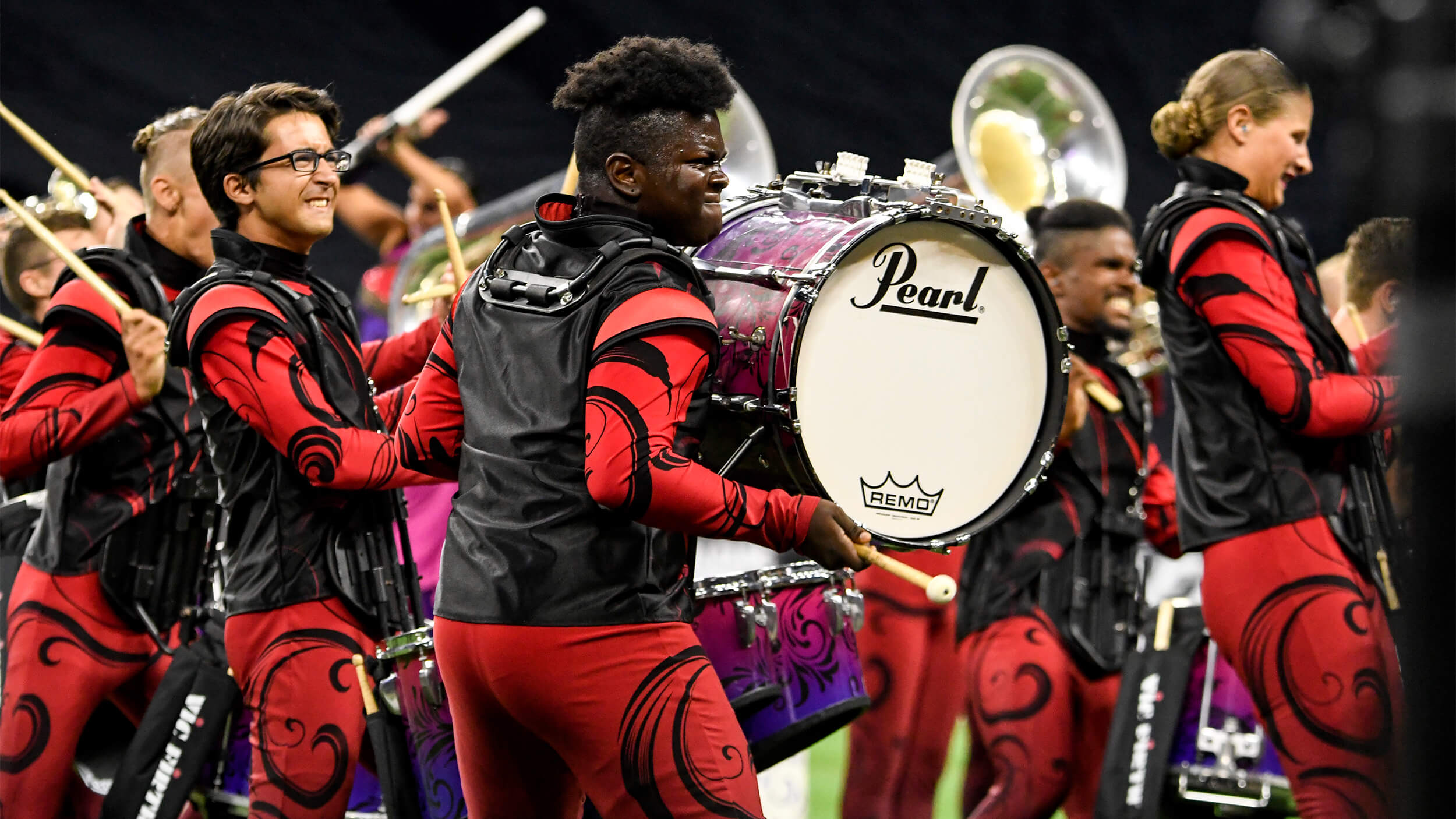 If you missed The Academy's audition launch webinar, it's now available online for replay.

There's only about a week left to register for the Blue Devils' virtual 5k run/walk/jog.

This week the Bluecoats launched a new initiative called "Learning Access" that will bring free educational programming to students in the corps' local community.

Boston Crusaders staffer Heather Graham is in the house to teach you everything you want to know about the corps' award-winning color guard, warm-ups and choreography.

October 27 is the deadline to get involved with The Cadets' virtual Halloween parade.

Carolina Crown is gearing up to launch its Crown101 Advanced Marching Arts educational initiative on November 1. Here's how you can be among the first to learn more.

Mark your calendars, The Cavaliers will be hosting an end-of-the-year extravaganza on Saturday, December 5.

The Colts received shipment of new Yamaha brass instruments this week but still have a number of used instruments to clear from their inventory.

Conrad Isenhour is the latest addition to Crossmen's staff, joining the corps as visual caption manager.

Both accomplished drum set artists and educators, Genesis board president Daniel Sanchez and snare staffer David T. Montoya recently sat down at the corps’ HQ to "talk all things drums, life and Genesis, and to play a little together.”

Those into drum corps and gaming are encouraged to join the Guardians Esports League Discord Server to network and socialize.

Impulse will gather alumni from the past 20 years on Saturday, October 24, to talk about the history and evolution of the Southern California Open Class corps.

Jersey Surf's #SpookyWithSurf aims to get everyone in the marching arts community into the Halloween spirit. Whether you've got a great costume, want to carve a drum corps-themed pumpkin or just show off your frightening dance moves, the corps wants you to submit photos/videos for the chance to be named Halloween World Champion.

This week Legends mourned the passing of corps parent and longtime volunteer John Koh, "He was a humble man that touched the lives of many people throughout the various communities he was involved with," the corps said in a Facebook post. "One of the things that brought him joy was seeing young individuals grow to their potential."

For a limited time only, you can save 56% on Regiment "Phan Favorites" in the corps' online store.

River City Rhythm is still accepting submissions from vocalists and percussionists for the next installments in the corps' "Distant Harmonies" virtual ensemble project.

Vanguard has appointed a health and wellness committee. According to a blog post: "Working alongside each other and in cohesion with the educational staff, they will lay the foundation for what physical and mental health means for Vanguard."

Spartans recently got a shout-out from Beats Antique, a world fusion/electronic music group whose music the corps performed as part of their World Championship-winning 2019 production, "Experiment X."

Spirit of Atlanta's "Project 21" fundraising campaign aims to "help the organization meet its financial goals during this 2020 season without a tour and be positioned to execute on its mission in 2021 and beyond."

Led by caption manager Brian Ellis, Troopers named the members of the corps' 2021 visual staff. "These experienced instructors will bring the professionalism and maturity needed to take our program to the next level," director Kristy Jackson said. "I am also so pleased to see many alumni returning to keep the traditions of our organization alive."