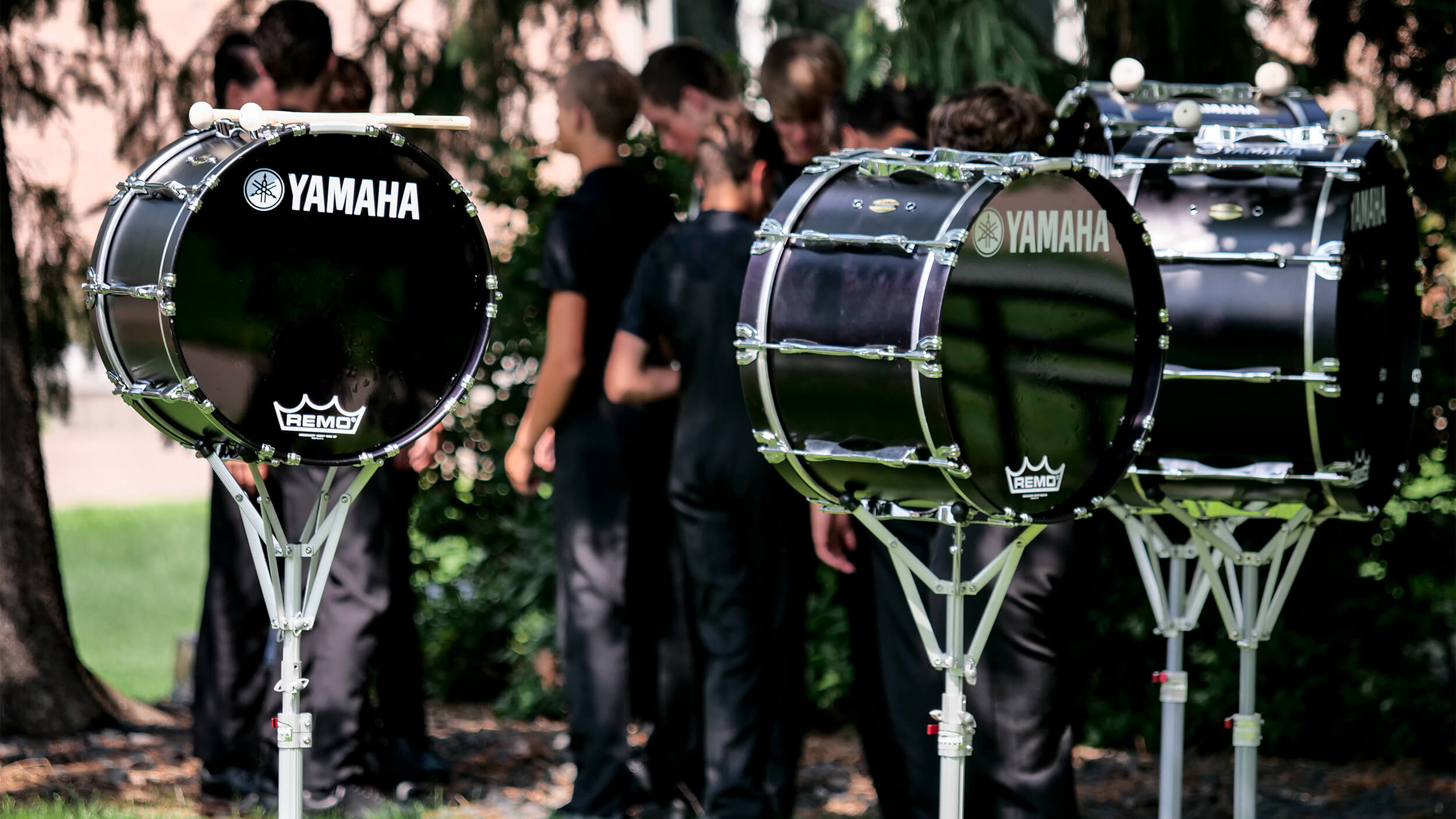 Visual staff member Sara Bowden will lead an educational session titled "From the Field to the Barre" this Saturday, December 5, as part of the 7th Regiment Performing Arts Academy.

Audition Academy percussionists have recently been throwing down some sick beats on the corps' Facebook page.

In a joint statement with the Santa Clara Vanguard, Blue Devils announced that they will focus their efforts on returning to the Drum Corps International stage in 2022. "At BDPA and VMAPA, for 2021, we are focused on recovery. We believe it is fundamental for us to begin that work by developing and strengthening our future members and supporting music programs around the country to build a strong future together."

Blue Knights posted a message of support in making a return to performing in some capacity during the summer of 2021. "While 2021 will certainly be different, our focus has been and will continue to be first and foremost on ensuring that we provide the positive experience of a lifetime for our members."

Blue Stars posted a series of FAQs about how the corps is looking to make a "safe and rewarding return to the field" in 2021.

Boston Crusaders' Jingle Jam, a night of "music and merriment" will take place this Sunday, December 6.

The Cadets announced plans to take part in this August's scheduled events in Indianapolis. “We will be virtual for the next several months and plan to move into a more intense virtual rehearsal schedule beginning in January,” Cadets director Denise Bonfiglio said.

Carolina Crown launched a 12 days of giving campaign that will lead up to the corps' "Because of Crown" fundraising telethon on December 12.

Don't miss The Cavaliers' "Back on Track: 2020 Cav-A-Thon" which will air live this Saturday, December 5 on the corps' Facebook and YouTube pages.

Colts and the Colt Cadets are making plans to return to Lucas Oil Stadium this coming August. "We said for months that we would be back—with an intent to emerge from the pandemic stronger than ever," the corps said in a release.

Crossmen posted an update on the corps' 2021 season with plans to return to Indianapolis in August of 2021.

Genesis revealed the beginnings of the corps' plans for the summer of 2021. "While we do not have all of the answers or the final details at the moment, our world is still changing from day to day and we will spend tireless hours crafting and developing the best drum corps and educational experience that is possible in the wake of this pandemic," the corps posted in a release.

Heat Wave announced its intent to head to Indianapolis for Drum Corps International's scheduled three-day event series in August. "The safety of our members, staff and volunteers remains the top priority in our planning process, but we are committed to delivering the life-enriching drum corps experience as much as public health conditions allow," the corps said in a Facebook post.

Jersey Surf thanked its family and friends for their generous support on #GivingTuesday.

Madison Scouts announced plans to stay active during the summer of 2021. “We are excited to start putting definition to next summer,” executive director Chris Komnick said. “Health and safety concerns will be our first priority, but getting our students re-engaged and participating in the drum corps activity is also a priority.”

Mandarins posted a 2020 year in review video updating fans on what the organization has been up to prior to and through the coronavirus pandemic.

Brass, percussion and color guard performers can sign up for the RCR Winter Experience which the corps says will "take the best parts of our traditional (educational) programming and enhance them with unique and innovative virtual performance opportunities."

In a joint statement with the Blue Devils, Santa Clara Vanguard announced that the corps will not to head to Indianapolis this August. "Although we will not be in Indianapolis, both organizations will still plan exciting talent development and educational opportunities for summer 2021."

Audition information for the 2021 Spirit of Atlanta is now available.

Troopers announced their intent to return to the field in 2021. "While details on the season are still in the works, we are preparing an incredible experience that meets all safety guidelines needed to protect our members, staff and volunteers," the corps said in a release.