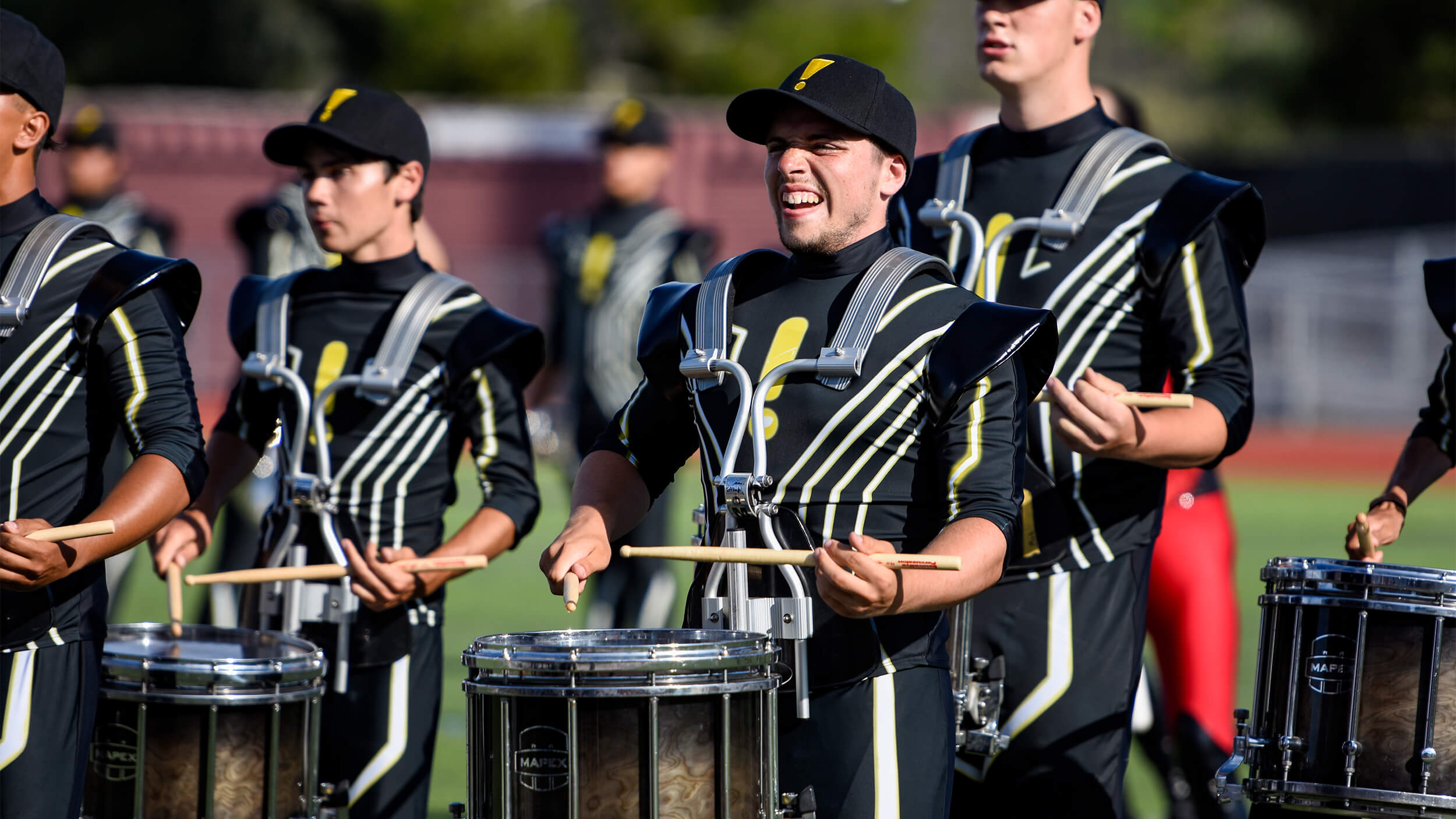 7th Regiment "continues to plan for a return to the field in 2021 in whatever capacity the public health climate and the restrictions set forth by the state of Connecticut allow."

The Academy will host a webinar on December 13 covering the next phase of the corps' audition process and what's in store for the ensemble in 2021.

Check out this throwback video to the 2017 Battalion on the parade route.

Blue Devils are closing in on one million views of the corps' popular "2019 Victory Run" video on YouTube.

On December 8th the Blue Knights took part in Colorado Gives Day in an effort to raise much-needed funds for the organization.

Blue Stars announced the winners of the corps' "So You Think You Can Move" challenge which took place back in October.

Boston Crusaders kicked off holiday celebrations on December 6 with their first-ever "Jingle Jam." The nearly two-hour concert and fundraising event featured the creative holiday stylings of a number of current members, alumni and professional musicians.

Cadets alumni are invited to a special virtual holiday party this Sunday, December 13.

Don't miss "Because of Crown," a fundraising telethon event this Saturday, December 12, that will be chock full of never-before-seen videos and other looks back through Carolina Crown's history.

During the corps' "Back on Track" fundraising telethon, The Cavaliers honored four individuals as recipients of the Adolph DeGrauwe Legacy Awards and Honorary Cavaliers.

Colts threw things back more than a decade and a half this week to some behind-the-scenes photos from the corps' 2003 summer tour.

Brass arranger and composer Key Poulan will return to Genesis' creative team in 2021 as music supervisor.

The Gold Youth Arts Organization is the recipient of a San Diego County Small Business Stimulus Grant that will help support the corps' health and wellness initiatives as it eyes a return to the field in 2021.

Guardians posted information about the corps' plans for the summer of 2021.

Impulse director Aaron Zeilinger has been named to the Yamaha Corporation's 2020 list of "40 under 40" that recognizes music educators who "demonstrate creativity, action, courage and program growth." "I am so incredibly humbled," Zeilinger said. "I am still wrapping my head around it as I am truly stunned so many of my students and colleagues nominated me."

Jersey Surf shared the love this week with everyone who is celebrating Hanukkah.

Madison Scouts have the perfect addition to your Christmas tree this holiday season.

This week Mandarins revealed plans for the corps' 2021 season. "The safety of the members, staff, drivers and volunteers is absolutely paramount as we look forward to the opportunity to come together in 2021," the corps said in a Facebook post.

This December during Music City's Days of Giving event will feature "a different year of the corps’ history each day filled with member interviews, staff insights, video performances, and more."

On the first night of the Festival of Lights, Pacific Crest wished everyone a Happy Hanukkah.

Raiders released a statement on the corps' plans for the summer of 2021. "With a significant majority of our 2020 membership committed to continuing participation, the Raiders are determined to complete the production that began in Fall 2019 when it is safe to do so."

Vanguard creative director Michael Gaines was honored by The Cavaliers as a recipient of the corps' Adolph DeGrauwe Legacy Award.

Seattle Cascades announced its intentions to head to Indianapolis this August for Drum Corps International's three-day event series. "We are excited to participate in this event in whatever capacity that will be safe and educational to our members," the corps said in a release.

Spirit of Atlanta revealed its plans for the summer of 2021. "Dedicated to our mission, Spirit of Atlanta is proud to announce that we are fully committed to providing live programming when safe and will participate in the recently-announced DCI events in August."

Troopers showcased a brand-new video of the 2019 debut of the Troopers Alumni Corps.