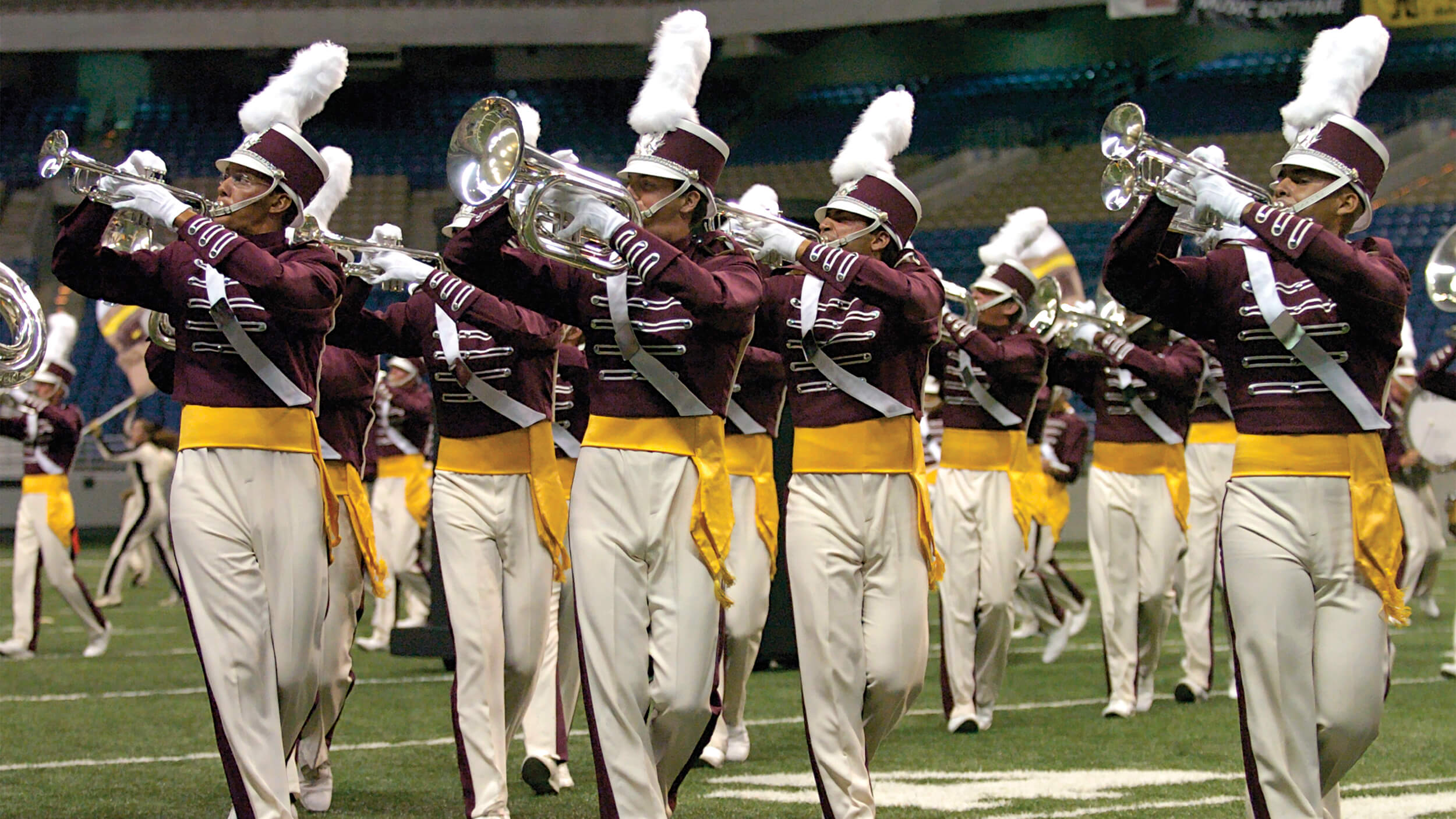 7th Regiment posted a roster of caption managers who will lead the corps' instructional staff during their 2021 season.

The Academy posted information about how the corps is moving forward with its planning for the 2021 year ahead.

Blue Knights received more than $51,000 in donations as part of of the Colorado Gives Day campaign, and there's still time for you to add to that total.

A project three years in the making and representing the largest capital campaign in the history of the organization, the Blue Stars took delivery this past week of the "Cullenary Cafe," the corps' brand-new food service trailer.

Proceeds from the Bluecoats holiday ornament will all go toward the organization's 2020 recovery fund.

For the corps' holiday fundraising campaign, members of The Cadets' brass staff combined their talents for a virtual performance of "Dancer in the Dark," the popular ballad from the group's 2005 World Championship-winning production.

As part of Carolina Crown's recent "Because of Crown" fundraising telethon, original members of The Creamsicles, a corps member-led vocal ensemble, told the story of how the group came to be.

Included as part of the "Back On Track: 2020 Cav-A-Thon," The Cavaliers reunited designers, staff, and members to talk about the corps' groundbreaking 2002 production, "Frameworks."

Take it back to the lot with the Colts drum line in this throwback to the corps' 2017 summer season.

This holiday season Jersey Surf is sharing the love with small businesses run by current and former members of the Jersey Surf. Check out this profile on Maile Hawryluk, a mellophone alum currently teaching remote lessons on French horn and trumpet.

Joshua Payton is the newly-elected board of directors chair of Forward Performing Arts, the parent organization of the Madison Scouts. “I look forward to working with the board, the immensely talented staff, and the alumni association in order to positively impact the marching arts in Madison, the state of Wisconsin, and the drum corps activity,” Payton said.

Mandarins threw things back this week to a video from the corps' 2001 World Championship-winning season.

This week as part of Music City's Days of Giving fundraising campaign, a number of alumni and staff have been sharing their stories from each year of Music City's existence starting in 2009.

Marvin "Smitty" Smith, a member of the Tonight Show Band from 1995-2010, has joined Pacific Crest's roster of virtual studio instructors.

Check out these highlights from Phantom Regiment's 2016 summer tour.

The Seattle Cascades are mourning the loss of Pat Davis who served the corps over the years in a variety of roles including tour director, data manager, kitchen crew member, van driver, medical staffer, master uniform fitter and costume designer.

Shadow will focus on virtual educational offerings for students in 2021. "We have decided to offer two virtual experiences that lean into the skill-building nature of our organization along with the unique creative opportunity that a virtual season offers our staff and members at an accessible price point," the corps posted on Facebook.

Audition packets are now available for the 2021 edition of the Spirit of Atlanta.

Those interested in auditioning for the Troopers should check out the corps' virtual percussion masterclass series December 19-20.