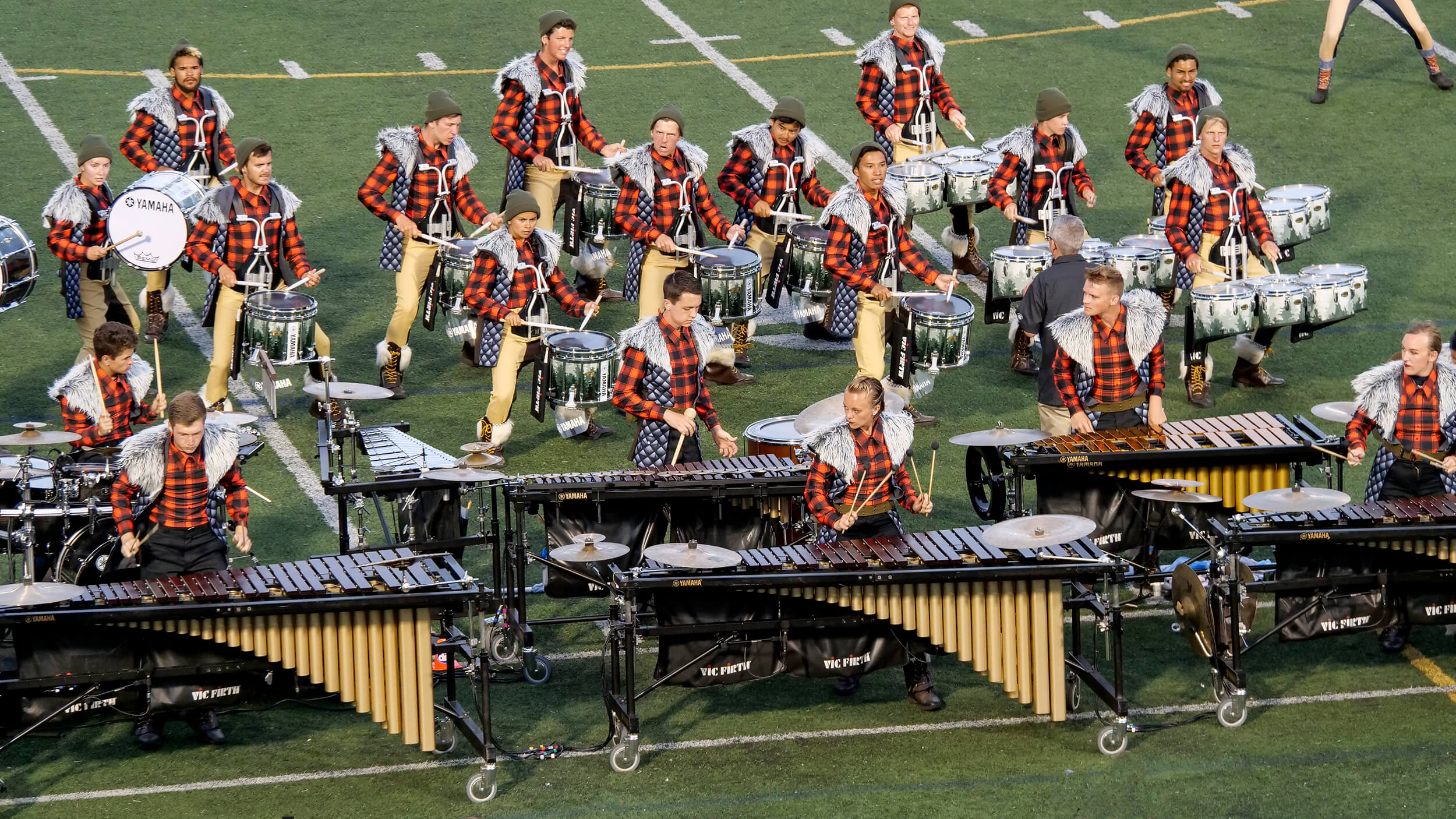 • Corps get creative with holiday arrangements
• Cadets to return to their familiar maroon and gold
• Shadow pays tribute to longtime executive director
• And more!

The Academy is now accepting video auditions for all sections.

To celebrate the holidays, the Blue Devils put together a virtual ensemble performance of "Mary, Did You Know" arranged by John Meehan. "The lyrics to this piece are such an important part of the song, and knowing we had several members with a passion for singing, I decided to take a chance and ask one of our trumpet players if he’d take on the role," Meehan said.

Don't miss this clip of Blue Knights' 2009 production, "Shiver: A Winter in Colorado," posted to mark the winter solstice on Monday, December 21.

A talented group of Bluecoats alumni put on a special virtual concert of holiday tunes.

In a partnership with Stanbury Uniforms, The Cadets will return to their traditional maroon and gold uniforms for the corps' 2021 season. "The dignified maroon jacket with hand-stitched white knots gives performers a strong, powerful upper body. The cream pants draw attention to every inconsistency, and when The Cadets take the field with clean drill and excellent technique, the effect is dazzling."

Carolina Crown posted a throwback video to the corps' 2013 performance at the Disney Christmas Day Parade in Orlando.

The Cavaliers looked back this week on the corps' performance and educational session last year at the Midwest Band and Orchestra Clinic in Chicago.

Marking the first day of winter, the Colts looked back on a fitting segment from the corps' 2007 production "Equinox."

A new installment of "Crossmen Live!" talks about the tradition of Crossmen playing Alfred Reed's "Russian Christmas Music" and the special bond the corps shares with the Spirit of Atlanta.

Jersey Surf announced that it will not field a traditional drum corps in 2021. "We have a number of exciting programs ready to deploy once the environment allows,” CEO Bob Jacobs said. “Our priority for 2021 is to get the greatest possible number of people involved in performing opportunities at the lowest possible cost… if and only if it is unquestionably safe to do so.”

Don't miss this collection of holiday tunes by the Music City Brass Quintet.

Phantom Regiment corps director David Warren reflected on the highs and lows of the past year in a letter posted on the corps' website.

River City Rhythm threw things back this week to a recording of the corps' 2019 horn line performing a special holiday arrangement for Minnesota Public Radio.

Vanguard's award-winning percussion section came together virtually as part of the corps' "Home For the Holidays" telethon to perform "Trepak" from Tchaikovsky's "Nutcracker."

Shadow paid tribute this week to longtime executive director Nick Lane who will be stepping back from the corps after taking a new full-time position. The corps posted on Facebook: "Nick is the driving force behind the culture established here, and so much of his leadership, charisma, care, and passion inform what Shadow is all about, from our most overarching philosophies and core values down to the little rituals that make our time meaningful and memorable for all involved, past and present."

Spartans announced that the corps will focus on making a return to the field in 2022. "The Spartans will spend the next several months on further developing our offerings to ensure that 2022 is the next step in our continued evolution."

Troopers posted a video of the corps performing "Poinsettia Carol," which was recorded in 1993 for Drum Corps International's "Ornaments in Brass" album.

Members of the Vanguard Cadets and Vanguard color guards performed a special segment as part of the organization's "Home For the Holidays" telethon event.