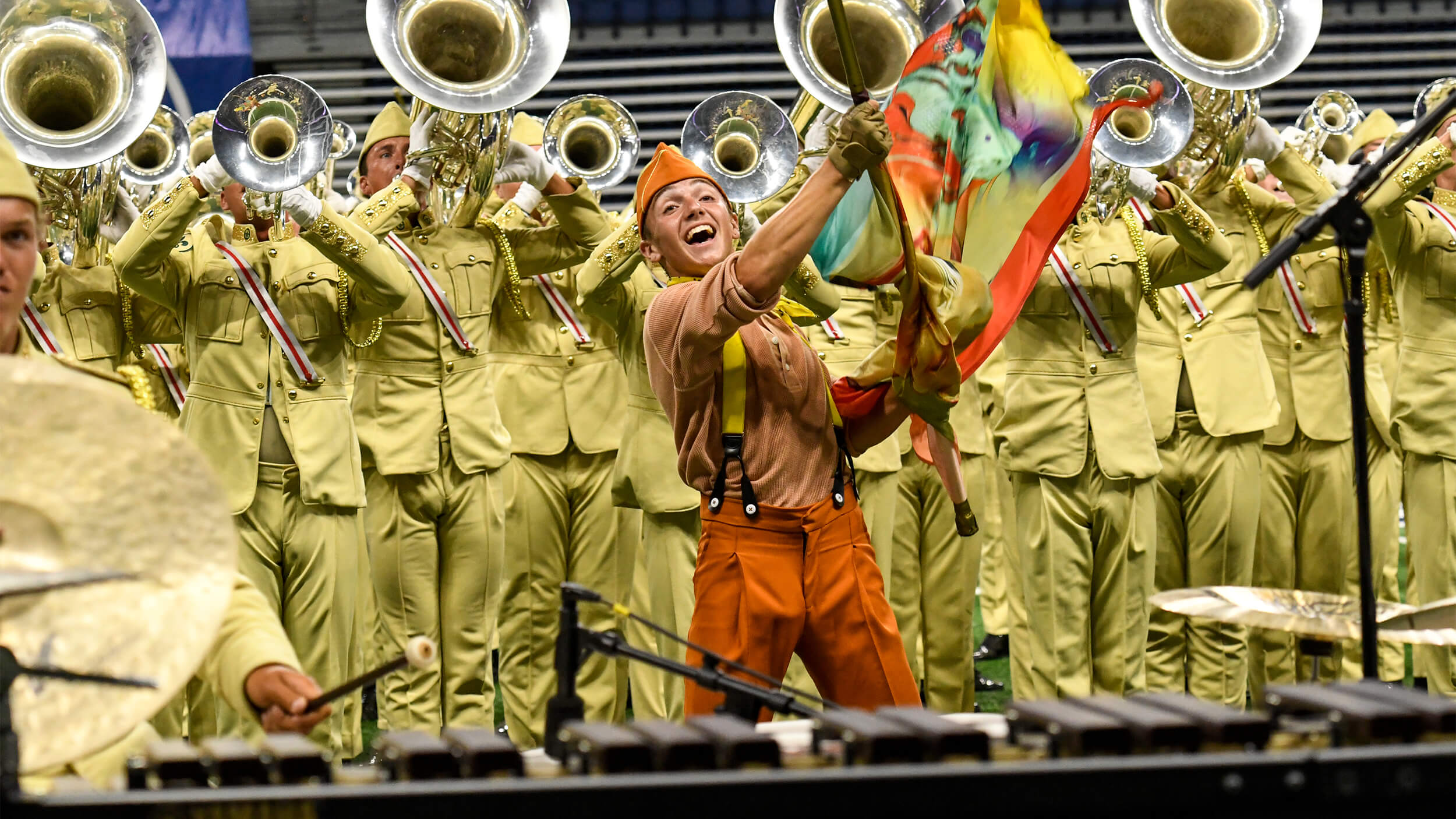 Meet the members of the 2021 Academy design staff.

Ramping up for 2022, the Blue Devils' newly-announced BDX2021 includes auditions, a virtual audition academy, and a summer education series all wrapped up into one program.

Boston Crusaders brass caption manager Jarrett Lipman has been named to Yamaha Music USA's list of "40 Under 40," which "recognizes outstanding music educators who are making a difference by growing and strengthening their music programs."

The Cadets are set to begin organization-wide equality and inclusion training. A variety of related topics are on the schedule from January through June.

Video auditions are now open for The Cavaliers' percussion section, with a submission deadline of February 20.

Western-style uniforms were all the rage in this more than 50-year-old photo of the Colts, then known as the Legion Aires.

Guardians will host an in-person rehearsal camp February 27 in Fort Worth, Texas.

Madison Scouts' new "Behind the Fleur" video series takes you right into the middle of the creative process with the corps' design team.

T-shirts are available from just $2.50 during Music City's store-wide 50% off warehouse blowout.

Pacific Crest has laid out a four-phase plan to returning to the field this August in Indianapolis. Here's how you can get in on the action by auditioning today.

Take a look back at Phantom Regiment's 2004 "Apasionada 874" production.

Don't miss out Phenom's selection of cold-weather apparel and accessories.

Tom McGuire and Jordan Garza are two of the newest additions to Seattle Cascades' staff. McGuire will serve as the corps' audio engineer and Garza as audio engineer caption head.

Troopers announced a number of personnel changes including the appointment of Michael Gough as interim corps director. “This drum corps belongs to its members, and we, the stewards of this American institution, are in service to you, not the other way around,” Gough said.