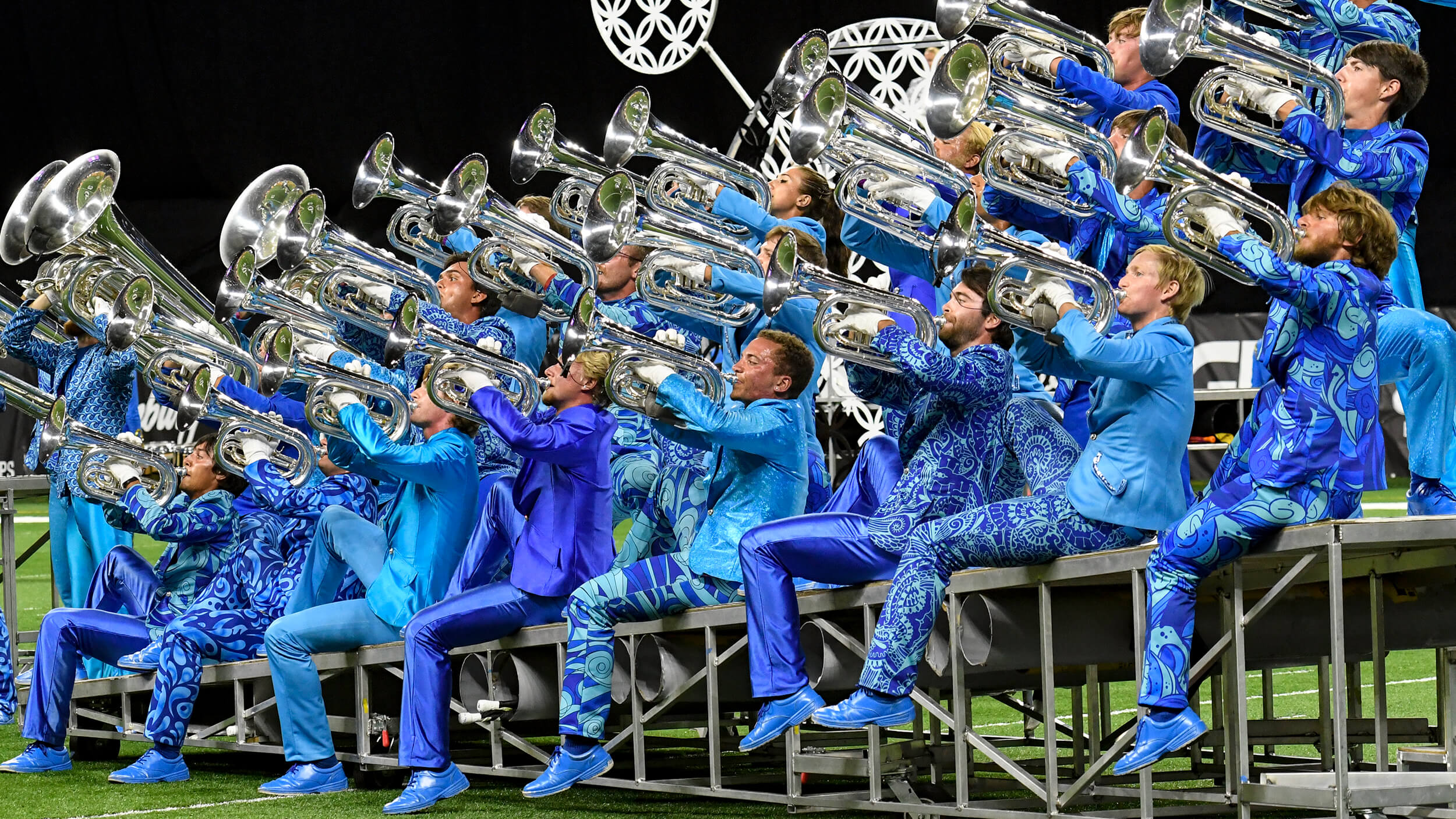 Kicking off the celebration of the corps' 20th anniversary in 2021, The Academy's board of directors has put forth a $6,000 fundraising match for those who donate to the group's Birdies for Charity fund.

Blue Devils' Virtual Audition Academy is a 10-week course "designed to polish your skills and get you ready for your next DCI, WGI, High School or College audition."

The Blue Knights Drum & Bugle Corps Hall of Fame is now accepting nominations for the next group of individuals who will join its hallowed halls.

Bluecoats announced the caption heads who will lead the organization's 50th anniversary alumni corps in 2022.

Boston Crusaders executive director Chris Holland has been named the chair of the Drum Corps International board of directors.

On Saturday, February 13, The Cadets will host a Valentine's alumni reunion via Zoom video conference.

Carolina Gold's next virtual audition for brass and percussion will take place February 27.

The Cavaliers have a one-of-a-kind art piece up for sale that "includes the music score and lyrics of 'Corps Song/Rainbow' and a map of Rosemont peering through multiple layers of acrylic paint and cold wax medium."

From off-season preparations to this August's Drum Corps International events in Indianapolis, take a look at how the Colts are laying out their schedule through the summer.

Colt Cadets are gearing back up with a Q&A/social gathering via Zoom video conference on Sunday, February 14.

Guardians will host an in-person rehearsal camp for brass and percussion on February 27.

Coming soon, Impulse Xperience will be a performance educational boot-camp run by the corps in 2021 as the group looks to make its return in 2022.

Travel back to sunny summer days with this first-person Jersey Surf rehearsal footage.

Episode two of Madison Scouts' "Behind the Fleur" takes you deeper into the creative process of the corps' 2021 production.

This week longtime Mandarins CEO Jim Tabuchi announced his retirement transitioning into the role of executive advisor. "Through hard work and amazing support, we have accomplished our vision to serve the youth in our community and to produce a World Class finalist drum corps," Tabuchi said. "We have dared to dream big."

Spots are still open on Pacific Crest's bass drum line. Here's how you can get started with an audition.

Phantom Regiment is moving forward with plans to field a drum corps this summer including the Drum Corps International series of events this August in Indianapolis. “Our primary focus remains the health and safety of everyone involved in the organization,” said corps director David Warren.

River City Rhythm staffers will present an educational session titled "Creating Artistry and Excellence in the Marching Arts" as part of the Minnesota Music Educators Association Midwinter Clinic on February 11.

As the calendar turned to February, Seattle Cascades recognized the start of Black History Month.

Spirit of Atlanta's next virtual audition camp is on the schedule for February 20.