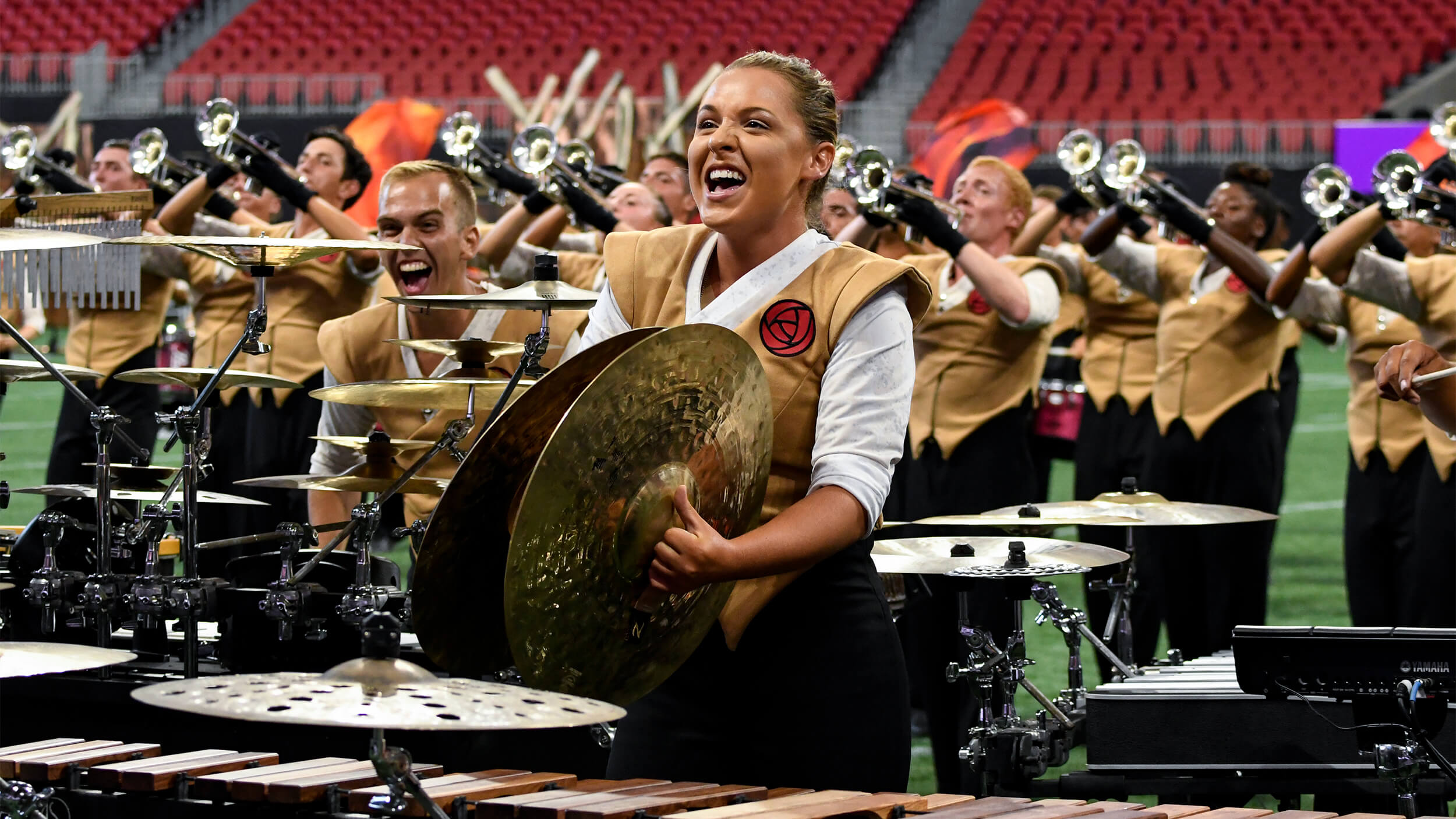 7th Regiment is ready to embark on its first-ever virtual season with a rehearsal weekend scheduled for February 20-21.

The Academy has some inspiration for those looking to audition for the corps in 2021.

Blue Devils' Virtual Audition Academy is now underway, but it's not too late to sign up.

Meet the drum majors who will be leading the Blue Knights through their 2021 season.

Bluecoats has a special deal on Yamaha marimbas, now marked down 20 percent.

Mark your calendars, Boston Crusaders has a show announcement and then some coming on March 17.

Cadets launched a new LinkedIn group for all alumni.

This week Carolina Crown is mourning the loss of color guard alum Alex James. "We were blessed to have Alex with us at Crown for a time. He inspired those who came after him, and we hope his family and friends will find comfort in his most beautiful performances," the corps said in a post.

Registration is now open for those interested in joining Carolina Gold for the corps' 2021 season.

Through February 20, save 20% on your order at The Cavaliers' online store.

Colts and other Dubuque, Iowa arts organizations were recently featured by the local “Telegraph Herald” newspaper for their work over the last year in adopting formal statements and action plans in the area of diversity, equity, accessibility and inclusion.

Colt Cadets hosted an introductory Zoom video conference on February 14, officially getting their 2021 season underway. "We had a great turnout, and there's a lot of enthusiasm going around," director Rich Waddington said. "You can tell people want to get back to making music together."

With the state of Texas hit hard this week by winter storms, Genesis is raising awareness of donation needs in the corps' Austin community.

Gold's first audition experience camp is coming up on March 14, and registration is now open.

Guardians currently has a spot open for a drum major on the corps' conducting team.

Impulse will host an Among Us game night on Saturday, February 20.

Jersey Surf highlights the work of corps alum Katie Liming who serves as the co-director of EcoGuardianes, a community environmental action group based in Costa Rica.

In the latest episode of Madison Scouts' "Behind the Fleur" YouTube series, corps members got their first listen to some of the music that will be part of the corps' 2021 production. "Spicy," drum major Kameron Lannon said in reaction to the music.

Working for NASA’s Jet Propulsion Laboratory, Phantom Regiment alum Erin Castello has had a hand in the Mars 2020 mission that on Thursday landed the Perseverance rover on the surface of the Red Planet.

Marking Black History Month, three former drum majors sat down for a "candid conversation about diversity in drum corps, experiences they’ve confronted on tour, and the positive impact Vanguard has made in their lives."

Become a part of the historic Troopers story by signing up for the corps' virtual rehearsal camp February 27.