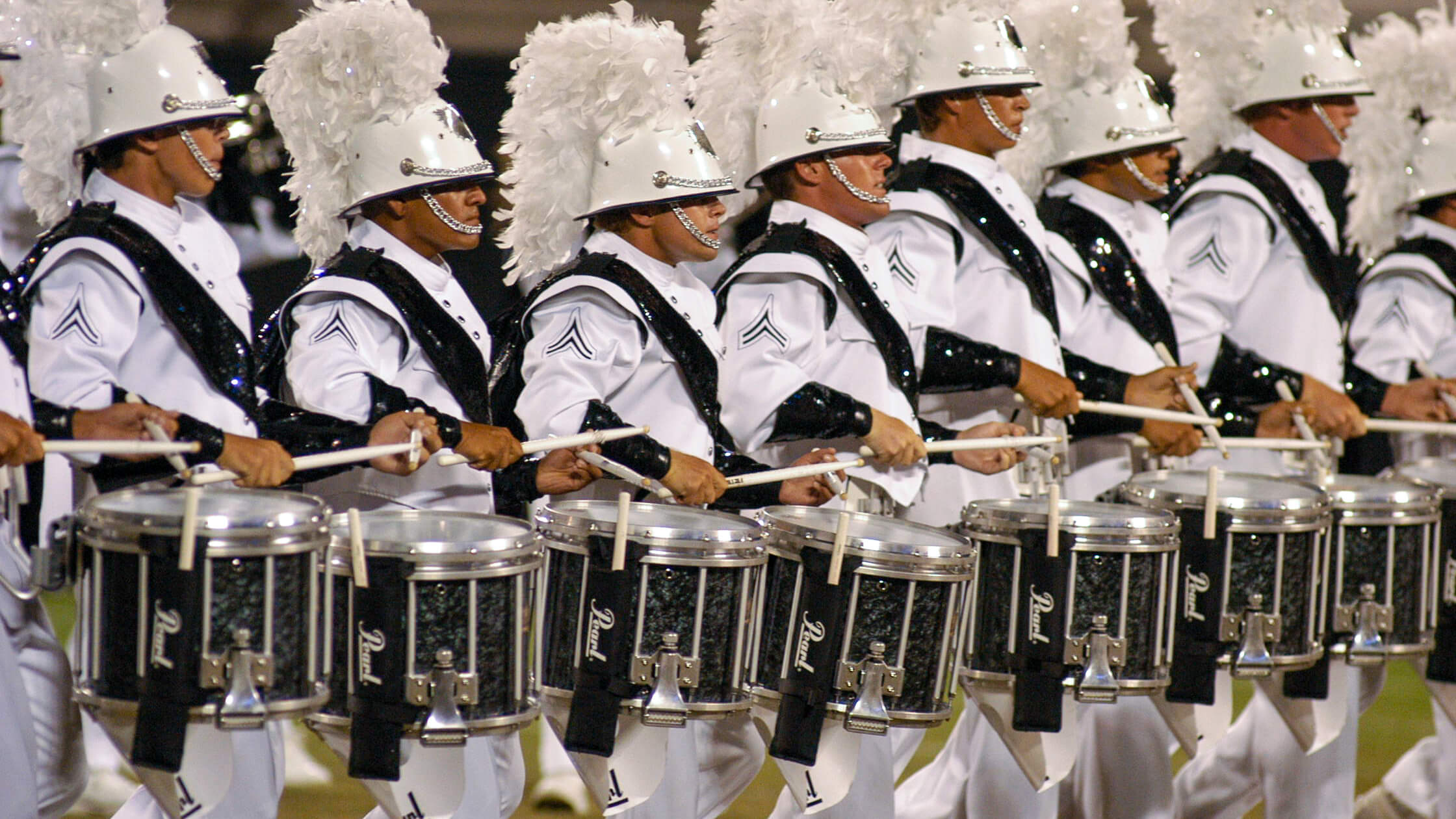 Select positions are still available with The Academy for the corps' 2021 season.

In celebration of March 4th, Marching Music Day, Battalion members talked about the impact participation in the marching arts has had on them.

2022 auditions for the Blue Devils and RCC Indoor Percussion are now open. Here's how to get started.

Plans are set for the 2021 Blue Knights which include being "safe, excellent, and weird (of course)."

Blue Stars posted a lengthy update on how things are shaping up to get a 2021 drum corps on the field.

In honor of Marching Music Day on March 4th, Bluecoats hosted a special virtual concert organized and performed by alumni members of the corps.

Keep those calendars marked for March 17 when the Boston Crusaders have two special announcements one of which will be a show reveal.

Cadets will host its Homecoming Weekend in New Jersey the weekend of October 9 and 10 with several special events scheduled.

The Cavaliers are seeking an athletic trainer for the corps' 2021 season.

Colts is actively recruiting students to join the corps for its 2021 season.

Check out this video of the behind-the-scenes work Genesis' drum line has been doing virtually.

In a new video director Aaron Zeilinger explains the corps' plans for the 2021 Impulse Xperience.

This week Jersey Surf is mourning the loss of board of directors member Gary Wolfrom. Wolfrom is the son of the late John and Claudette Wolfrom, the longtime directors of the Black Watch Drum and Bugle Corps.

Louisiana Stars revealed plans for its "Summer to the Stars," a campaign that will include "educational programming, performance opportunities, community involvement and alumni engagement."

Check out this collection of photos depicting how various generations of Mandarins members have personalized their coveted corps jackets.

Music City had a busy week, launching a new logo and website along with audition info for those interested in joining the corps for its 2021 season.

Take a look "under the hood' of Pacific Crest's 2021 production with this arrangement from the soundtrack to the movie, "The Rocketeer."

One of the most popular Phantom Regiment shows of all time, "Harmonic Journey" will be revisited when the corps returns to the field in 2021. "Interlacing classics from Pachelbel and Bartók with a goosebump-inducing ballad, fans from every decade agree: This is bad-@ss drum corps!"

Troopers revealed the musical selections that will be part of the corps' 2021 production, "Unleashed."