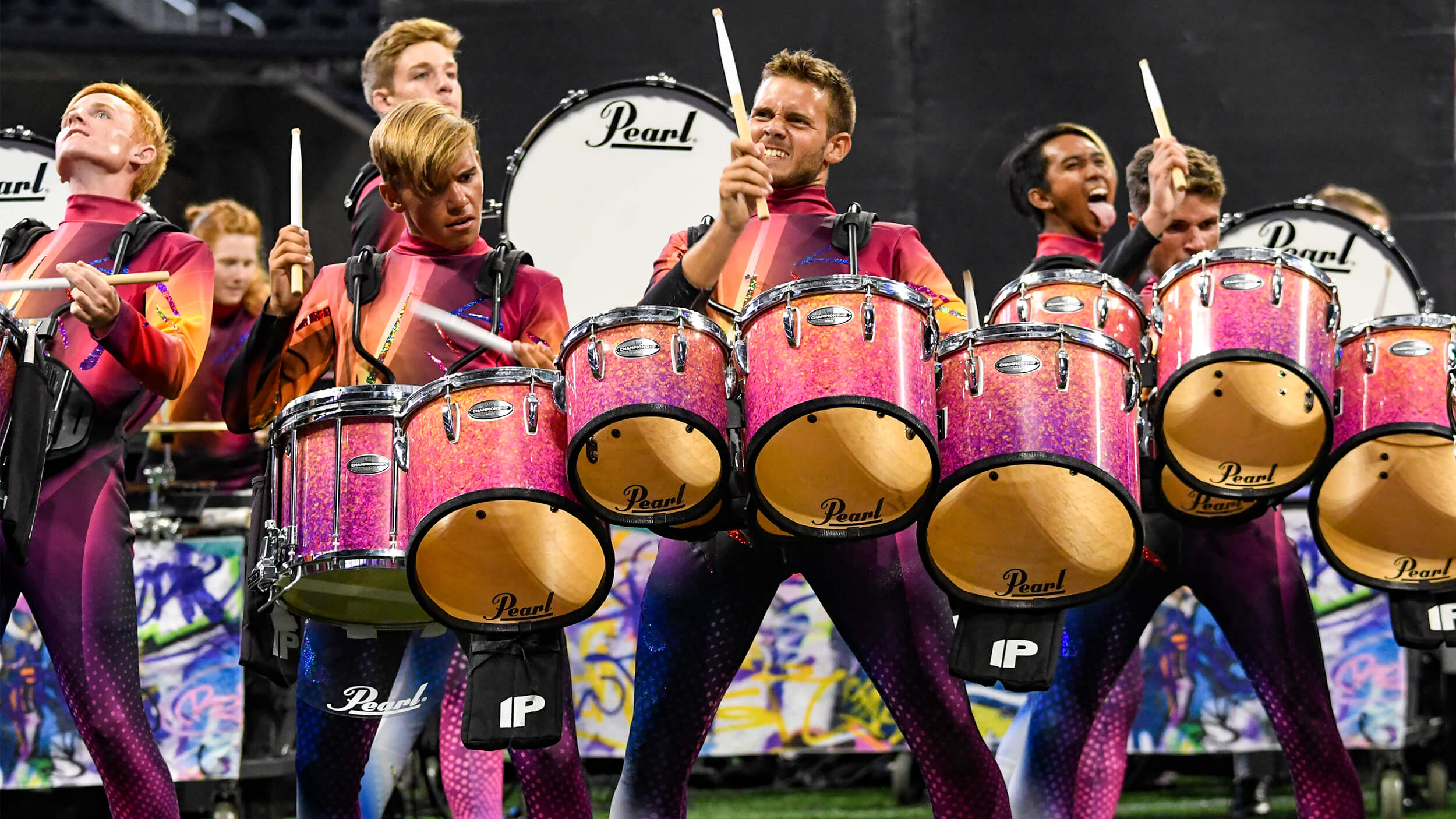 The Academy revealed the Fruhauf-designed uniforms the corps will wear this summer to complement the corps' 2021 production, "Exposed."

After performing on Thursday in Logan, Utah, The Battalion will head to Ogden on Friday, July 30 for their final performance of 2021.

The next "BDX2021 Workshop + Talent Search" event will take place August 7 in Atlanta.

Check out these video highlights from the fourth week of Blue Knights' summer season.

The Blue Stars kicked off the Midwest Combine fundraising challenge with a $20,000 matching challenge from the corps' board of directors.

Before joining the 2021 DCI Celebration Tour, the Bluecoats will make a special performances in their hometown of Canton, Ohio. August 1's Party in the Plaza Concert is a free public event at Centennial Plaza in downtown Canton that will also feature the Canton Symphony Orchestra and local rock bands and musical artists.

Boston Crusaders revealed the sleek-looking costuming by Stanbury Uniforms that the corps will wear for its 2021 production, "Zoom."

Cadets' brass section is sounding strong in this must-see video of the group's tuning sequence.

While Carolina Crown's 2021 has already wrapped, the corps wants you to keep an eye out for the final filmed performance of "In My Mind."

The Cavaliers look back to the beginning of their 2021 summer season in the latest episode of the "Re:Building the Green Machine" video series.

Colts took a break out of rehearsal this week to perform in Dyersville, Iowa, at the site of the movie set from the 1989 classic, "Field of Dreams."

The Crossmen are nearing the end of their rehearsal time in Greenville, Texas.

Genesis supporters were out in full force as the corps embarked on its first bus trip of the 2021 summer season.

Gold is set to march into the Rose Bowl on Saturday, July 31.

This cute dalmation has been hard at work drumming up support for Guardians' RallyUp.com fundraiser.

Jersey Surf reported having a "BLAST" as the corps recently hosted its "Brass Tune-up" educational event for marching band students.

Les Stentors will be back in action on August 14 for a get-together in Sherbrooke, Quebec.

Louisiana Stars had representation from every year of the corps' existence during the group's Alumni and Family Day event.

Madison Scouts recently revealed that the corps will be making an international trip to South America in 2023 that will take the corps and fans to Santiago, Cape Horn, Buenos Aires, and more.

This year Mandarins have been able to award $18,825 in scholarship funds to 20 corps members.

Limited seats remain for the final SoCal Series event of 2021 at Rose Bowl Stadium in Pasadena on July 31.

For the first time in two years, Phantom Regiment wishes all a "Happy Show Day!"

Registration is now open for those interested in joining Phenom in 2022.

Hip-hop artist NUR-D will join the lineup of the corps' March On DCI Celebration Tour event in Rochester, Minnesota on August 5.

Santa Clara Vanguard will celebrate the past, present and future during the organization's "Alumni Night" virtual event on Sunday, August 15.

Hear from Coleman Moore about his experiences as a 2021 age-out member of the Spartans.

Please welcome to the field in these new uniforms, Spirit of Atlanta!

Troopers director Mike Gough provides important updates to fans and supporters as the corps hits the road for the three-week DCI Celebration Tour.