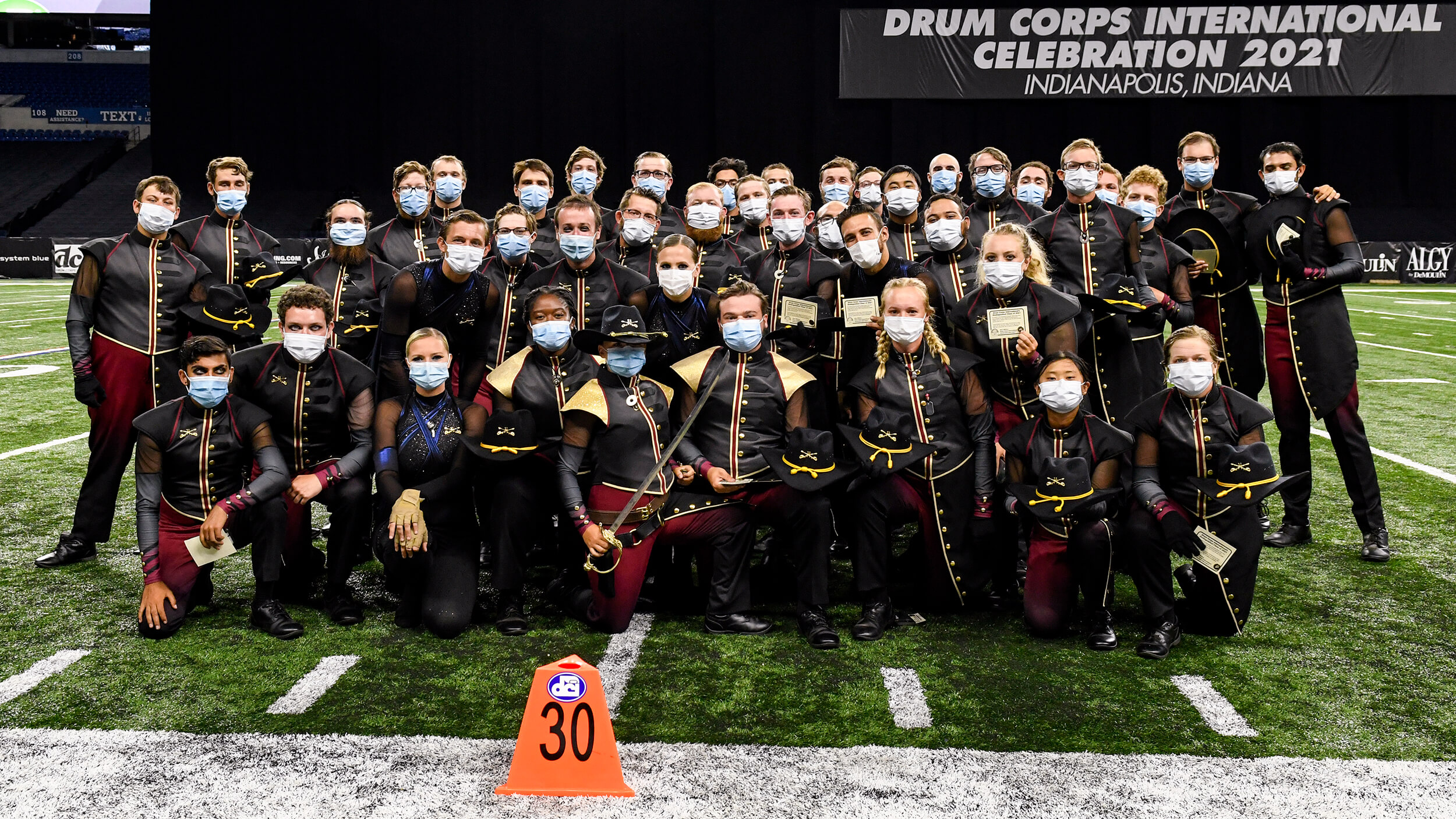 Age-out members of the Troopers on the field of Lucas Oil Stadium, August 13, 2021.Photo by: Drum Corps International

• Troopers' moving tribute to age-out corps members
• Headphones recommended for this Blue Stars warm-up
• Hop on the "A-Train" with the Bloopit Jazz Quartet
• And more!

Fill out 7th Regiment's audition interest form to stay on top of all the info related to the corps' 2022 season.

Just one month remains to donate to The Academy's food trailer fundraising campaign.

Earlier this month The Battalion performed in the Days of 47 Parade which celebrates when pioneers first entered Salt Lake Valley.

Blue Devils' silent auction in advance of the organization's virtual True Blue Gala includes a number of unique items and experiences including the opportunity to conduct the Blue Devils horn line or play a round of golf with DCI Hall of Fame percussion head Scott Johnson.

Blue Stars' performance of "La Vie En Rose" from the warm-up lot during the final day of the DCI Celebration Tour in Indianapolis is a must see and hear.

"Take the A Train" straight to this video of the DCI Performers Showcase-winning entry by the Bloopit Jazz Quartet.

Join Boston Crusaders' contact list to be among the first to know about the corps' 2022 audition information.

The Cadets posted a gallery of photos from the corps' August 4 stop in Lawrence, Massachusetts.

Carolina Crown had us at the title of this recently-posted 2021 rehearsal video, "Crown Brass Goosebumps!"

All bourbon enthusiasts are encouraged to enter the corps' Rare Bourbon Raffle which runs until September 20.

Used during the corps' 2021 summer season, Colts has a number of used brass instruments for sale.

Plans are already underway for the 2022 edition of the Crossmen. Here's how you can stay on top of all of the latest developments.

Golden Empire's interest form is a first stop for all those interested in joining the corps for its 2022 season.

Those with an interest or background in gaming or esports have an open invitation to collaborate with the Guardians. No affiliation with the corps in necessary to participate.

The latest episode of the Madison Scouts' "Behind the Fleur" video series spotlights two color guard members, Caty Llamas and Orien Sims, and their experiences with the corps this past summer.

The "2022 Mandarins Interest Group" on Facebook is the place to be for those interested in joining the corps for its 2022 season.

Help Music City reach a fundraising goal of $30,000 by September 20 with a donation to the organization's Legacy Shako Campaign.

Pacific Crest has an open position for a visual designer with the 2022 corps. The application deadline is September 7.

From "Food Truck Blend" to "Pumpkin Spice," Phantom Regiment has partnered with a roaster to create its own line of coffees.

Santa Clara Vanguard honors its graduating age-out classes of 2020 and 2021 in a new episode of the corps' "From the Field" video series.

Seattle Cascades is seeking a social media manager to work with the Pacific Northwest-based corps.

Shadow is nearly to the goal of the organization's Protect the Legacy fundraiser. Here's how you can lend your support.

Spartans announced the formation of an indoor percussion ensemble. The group will perform as part of the NESBA and WGI competitive circuits.

At the end of the corps' 2021 tour, Troopers gave special recognition to their age-out corps members. "You saved the Troopers and restored faith in our incredible home," the corps wrote in a Facebook post.