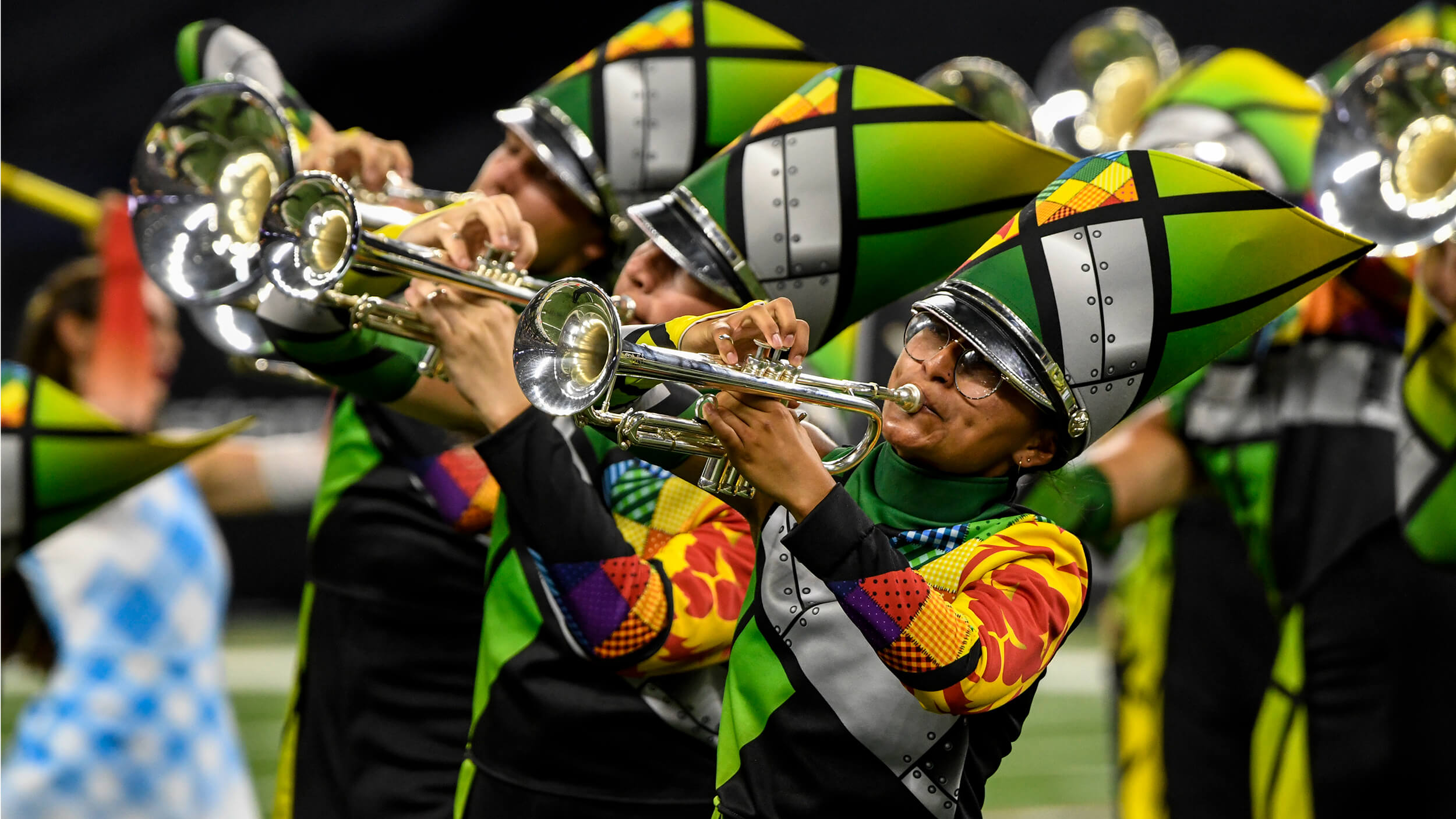 • Living "The Genesis Life"
• Lucy in the sky with pumpkins
• Cascades to college football
• And more!

7th Regiment is in search of a qualified individual to fill the role of front ensemble manager/caption head.

For a limited time only, early sign-ups can save $75 on The Academy's audition registration fees.

The Blue Devils recently posted a video check in with their drum staffers as they get ready to teach a few things to prospective members at upcoming audition camps.

The "experience of a lifetime" is waiting for prospective corps members who attend Blue Stars' one-day audition camps at seven different locations across the country.

Bluecoats offered up these pumpkin carving templates to change the official colors of Halloween from orange and black to "Bloo."

"Zoom" right over to the Boston Crusaders online store where the corps' official 2021 show shirt is now on sale.

The Cadets recently hosted their 2021 Homecoming Gala, which included a special performance by a small Cadets brass ensemble.

Crown's color guard works out the flag feature from the corps' 2021 production in this rehearsal footage.

Audition information is now available for the 2022 editions of The Cavaliers and the Chromium Winds ensembles.

Colts had a recruitment presence last weekend at the Bands of America event at the University of Northern Iowa.

In episode one of "The Genesis Life," performers talk about their experiences marching as members of the Austin drum corps.

Jersey Surf is actively recruiting prospective conductors to serve as drum majors of the 2022 corps.

Information on 2022 auditions for Louisiana Stars will be available in the coming days.

Did you know? The Madison Scouts are headed to South America in 2023!

Sharpen your skills with Pacific Crest during several educational sessions for drummers and color guard performers scheduled for October and November.

Those who missed the Phantom Regiment video audition deadline can still audition at in-person events November 19-21.

This week, Raiders announced Dr. Lawrence Markiewicz as the corps' 2022 brass caption supervisor. "The best thing about drum corps is being able to work with so many talented colleagues and students," Markiewicz said.

Vanguard is in search of a head chef to for the California corps' 2022 summer tour.

A number of collegiate Cascades alums gathered together last weekend when Washington State University faced off on the gridiron against Oregon State.

Meet the members of Troopers' brass educational team who will be led in 2022 by caption head Mary Duerkop. "Under Mary's continued leadership, I have no doubt that the Troopers horn line will go even further in 2022," director Michael Gough said.