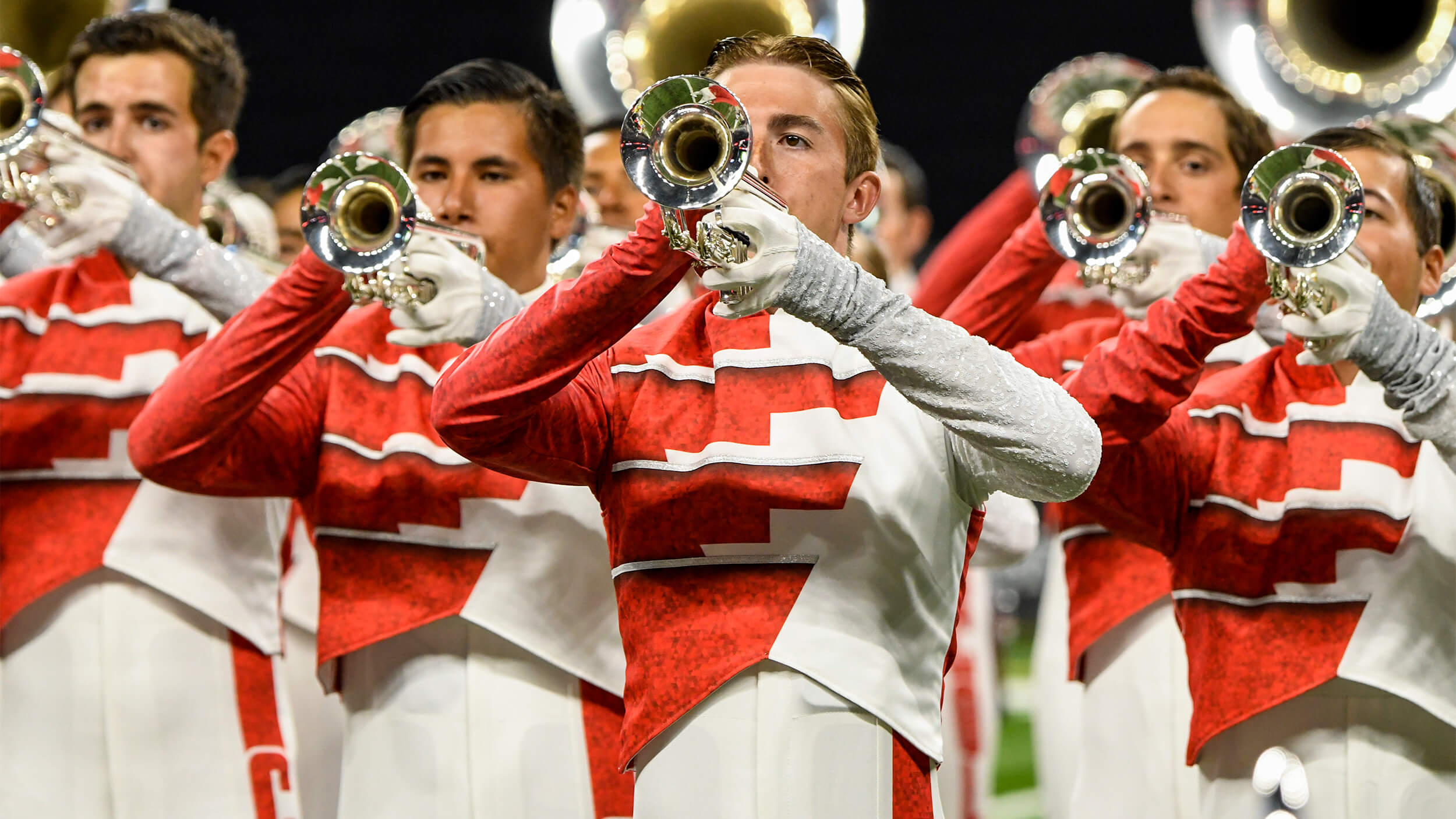 The Academy will audition percussionists and brass players at the University of Cincinnati on November 7.

Take a front-row seat to see the 2021 Battalion drum line as they warmed up in the lot on July 30 in Ogden, Utah.

After time off due to the pandemic, the Blue Devils Special Needs Guard recently came back together to kickoff their 2021/2022 season.

Blue Knights have named Daniel Belcher as the corps' new executive director. “(Daniel's) instincts, passion for the activity, and dedication to the mission of developing young people into incredible adults make him the perfect choice for this new chapter in the leadership of the Blue Knights," Ascend Performing Arts CEO Mark Arnold said.

Get ready for your audition by playing through these warm-up exercises with the 2021 Blue Stars drum line, offered as part of Vic Firth's "Learn the Music" video series.

Those chills you're feeling aren't from the changing seasons. It's the 2021 Bluecoats horn line playing playing Vienna Teng's "The Hymn of Acxiom."

Van Mathews is the latest addition to the Gino Cipriani-led Boston Crusaders brass staff for 2022.

The Cadets' 2021 mellophone section leader shares her reasons for marching as a member of the Allentown, Pennsylvania corps.

Former Cavaliers member Michael Boo, a 2021 DCI Hall of Fame inductee who passed away in 2020, was honored this past weekend with a memorial concert at Valparaiso University in Indiana.

“When you trust each other, amazing things happen.” Get inspired with this look inside the 2021 Colts horn line under the direction of caption head Chad Miller.

Jersey Surf's first educational experience and audition event in southern New Jersey is less than a month away.

Les Stentors is seeking current and future music educators to join the organization in developing musical programs in schools and the community.

Audition registration is now open for prospective members of the 2022 Louisiana Stars.

Led by returning caption head Ben Pyles and front ensemble coordinator Andy Filipiak, Mandarins named the members of the corps' 2022 percussion staff. "Our goal is to build on the momentum from our first year with the organization," Pyles said. "We all share a passion for creating a world-class member experience over anything else."

According to the Nashville corps, "MC Percussion is FIRE," and worth a look for those interested in auditioning for the group in 2022.

Pacific Crest invites fans, members, alumni and more to offer their thoughts on the corps' future by participating in the Pacific Crest Community Census.

Phantom Regiment has an employment opportunity for an academy director who will "oversee and expand our education offerings to reach more students, teachers and school systems, and have a positive lasting impact on participants’ lives.

Raiders will be recruiting at the upcoming Tournament of Bands Chapter Championships in Appoquinimink, Delaware and Toms River, New Jersey.

Seattle Cascades confirmed a location for the November 21 audition camp which will take place at Kelso High School in Washington.

Troopers are mourning the loss of Vincent Zakis, a Cheyenne, Wyoming resident who marched in the Troopers as a tuba player from 2011 through 2014.

Watchmen will post information on plans for the corps' 2022 season in the coming weeks.