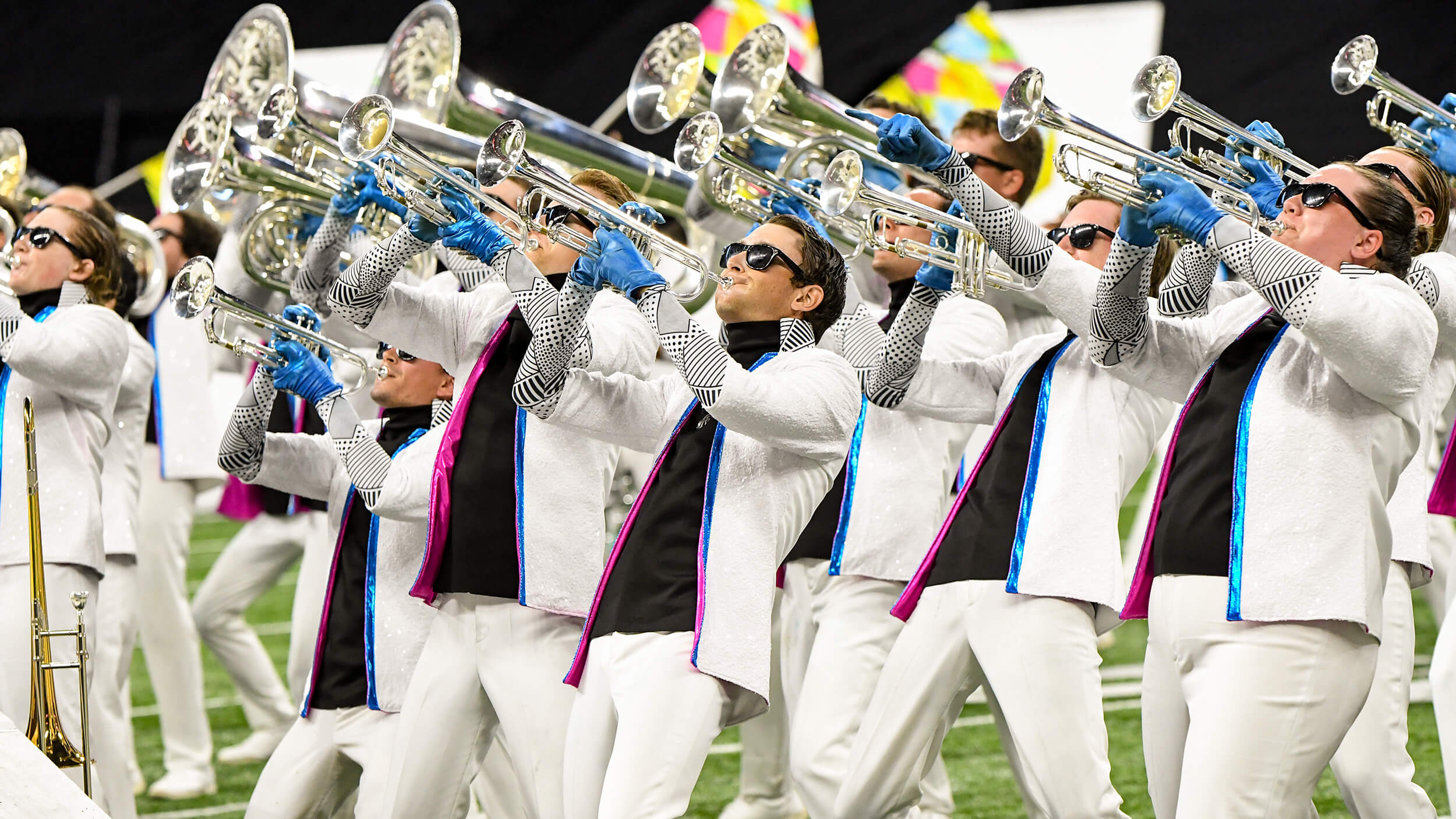 The Arizona corps introduced its team of designers for 2022, including new program coordinator Shannon Berkstresser.

Battalion members are all smiles as it’s less than a month away before the corps gets its 2022 season underway.

In preparation for Giving Tuesday, the Blue Devils shared the story of 2004 and 2005 alum Ryan Darke, who is now the principal trumpet of the Los Angeles Opera.

This helpful map displays all of the different cities in which you can take part in the 2022 Blue Knights experience.

For those who can't make it to an in-person audition, Blue Stars are accepting video auditions through December 20.

Those looking to audition virtually can now do so for the Canton corps. Registration for Bluecoats' virtual auditions are now open.

Check out high quality video of Boston's drum line warmup, "Red's Rhumba," and take your opportunity to learn the piece for yourself by downloading an audition packet.

If you're headed to the Bands of America San Antonio Super Regional this weekend at the Alamodome, be sure to say hi to The Cadets at their booth!

Carolina Crown audition videos can still be submitted up through the corps' November 15 deadline.

With the bright-blue football field turf of Boise State University as a backdrop, the Columbians were in attendance recruiting at a recent marching band event.

Crossmen's Dallas eXperience camp is fast approaching, and those interested can still register for the November 13 camp.

Genesis will be participating in this weekend's "Smoke and Sounds" barbecue festival and fundraiser in Cedar Park, Texas.

In a partnership with King and Conn-Selmer, Gold will have a brand new set of brass instruments in their hands for the California corps’ 2022 season.

Registration for Guardians’ color guard experience camp on December 4 in Houston is now open. The event is free and open to the public.

Impulse tryouts are set to take place January 15-16 at a to-be-determined location.

The New Jersey corps updated locations for two of its six audition experience events this week, including an official location for its Connecticut event in January.

Audition season is underway for the Louisiana Stars. The corps’ first audition camp will take place November 13-14 in Brusly, Louisiana.

Prospective new members can follow a simple four-step path to audition for Pacific Crest in 2022.

This week, Regiment announced the addition and promotion of three individuals on its visual team, including former Pacific Crest creative director Steven Estudillo as visual designer.

Arizona Open Class corps Phenom named the members of the corps’ 2022 design staff who will be led by creative director Zach Barber.

River City Rhythm invites you to “an experience like none other.”

Feel what it’s like to be sitting right in front the Southwind horn line in this recently-posted video.

There are just over two weeks left until the Spartans get their auditions underway for the corps’ 2022 season. Here’s how you can get involved.

Spirit of Atlanta will be hosting its "DeltaFest" event at the Olde Blind Dog in Milton, Georgia, November 14 at 2:30 p.m.

Those interested in auditioning for the Vanguard Cadets can take part in combined events with the Vanguard “A” corps coming up in Los Angeles and San Jose this November and December.