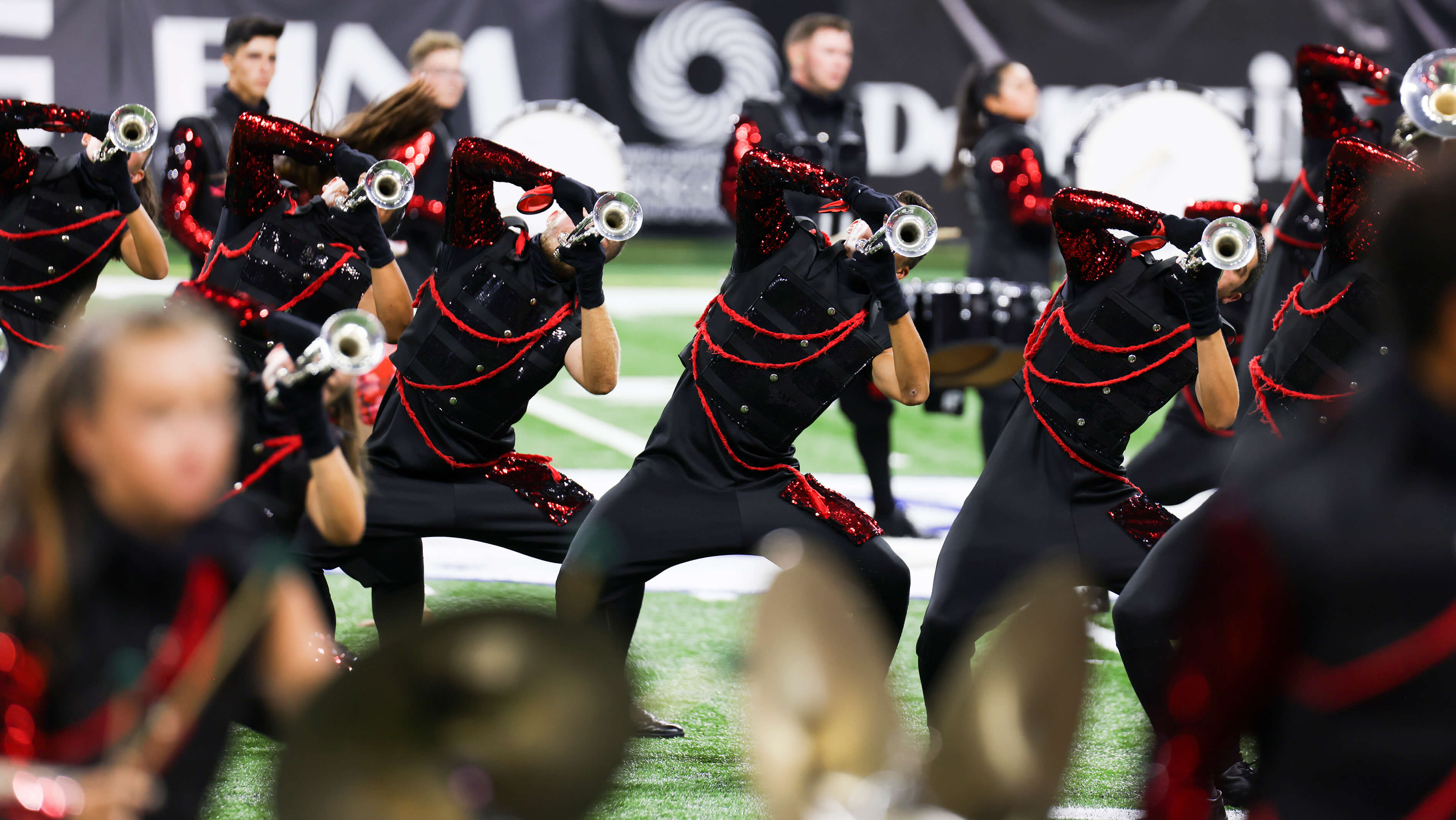 7th Regiment will be hosting a 7RXperience camp just before the Christmas holiday, set for Saturday, December 19 at Sacred Heart University in New Jersey.

Interested in joining The Academy for 2022? You can audition virtually by way of the Arizona corps' video audition process.

In conjunction with the recent #GivingTuesday holdiay, The Battalion received a generous $4,000 donation match.

Get 25% off on Blue Devils merchandise and products by way of the corps' holiday sale, running through December 13.

The Denver, Colorado corps is set to host three events on the 2022 DCI Tour, including its staple "Drums Along the Rockies" event in its home state.

Blue Stars recently welcomed Jack Pantaleo as its 2022 media manager, and is in search of qualified individuals to join their media team for the upcoming season.

Bluecoats announced exciting plans for the corps' 50th anniversary in 2022, including a handful of events local to the Canton, Ohio area.

Through the eyes of front ensemble arranger Iain Moyer, get an inside look at how Boston Crusaders utilized their selection of cymbals for the corps' 2021 production "Zoom."

The Cadets will be hosting a drum major audition opportunity, December 17-19, in Salem, New Jersey. Video materials are due by December 10.

Video audition submissions for The Cavaliers are still open through December 19, for those interested in auditioning remotely.

Check out an array of photos from Colts' recent audition camp in the corps' hometown of Dubuque, Iowa.

Virtual audition opportunities are available at Crossmen for two more weeks, with the corps' video deadline set for December 19.

Listen in as Genesis' horn line sings the corps' ballad movement from the corps' 2021 program, "There's No Place Like Home."

Enjoy a few beats from Guardians' 2021 battery percussion section in this recently-posted video.

A pair of Impulse alumni recently completed the Mexico City Marathon on November 28.

Take a look at Les Stentors full 2022 tour schedule, which includes a trip to California. Auditions for the Canadian corps are scheduled for January 22 and February 27.

This week, Louisiana Stars introduced its design team for the 2022 season, led by program coordinator Todd Clevenger who entered the position in 2019.

Madison Scouts invites propsective members to join the corps via video audition in advance of their December 28 camp in Milton, Wisconsin.

Audition opportunities for a variety of front ensemble instruments are available for the taking at Phenom's December 11-12 audition camp.

Raiders introduced Bobby Jones as program coordinator and visual designer for 2022. Jones has worked with the likes of Crossmen, Jersey Surf and The Cadets.

Southwind's first 2022 audition camp is just a week away, set for December 10-12 in Daphne, Alabama.

This week, Spartans shouted out one of its alumni who recently graduated the D.A.R.E. Officer program.

Troopers invites followers to print and hang the corps' 2022 audition poster. Those who post a picture of their hanging poster will be entered to win a free audition camp fee for Troopers.